Lindsey Hidenrite, a cat coordinator for Helping Hands Pet Rescue in Gainesville, Florida, rescued Smush the kitten last summer. Hidenrite, a veterinary student at University of Florida College of Veterinary Medicine, often gets calls to take strays suffering from severe health issues. That was the case with Smush, who was 10 days old and close to death when she was rescued by Hidenrite. 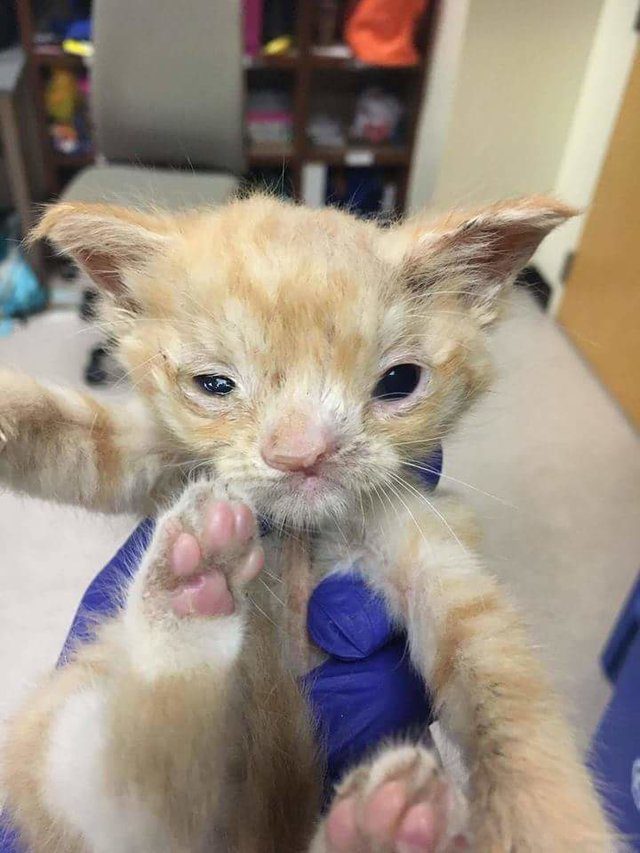 Smush was unable to eat, had a cleft lip, facial deformities, was suffering from an upper respiratory infection and a severe case of ringworm. Hidenrite syringe-fed her every four hours while treating her with antibiotics and frequent medicated baths.

“Smush’s cleft lip and wide-set eyes are congenital deformities,” Hidenrite said. “I’ve seen a few instances where kittens with deformities are found abandoned as if their mother knew she would be unable to take care of them,” she said. Sometimes mother cats will reject unhealthy kittens, sensing they may not survive and tend to the needs of the other kittens in a litter.

While under Hidenrite’s care, Smush thrived and was soon able to eat on her own. Laura Braden, her foster mom, continued giving her medicated baths three times a week. 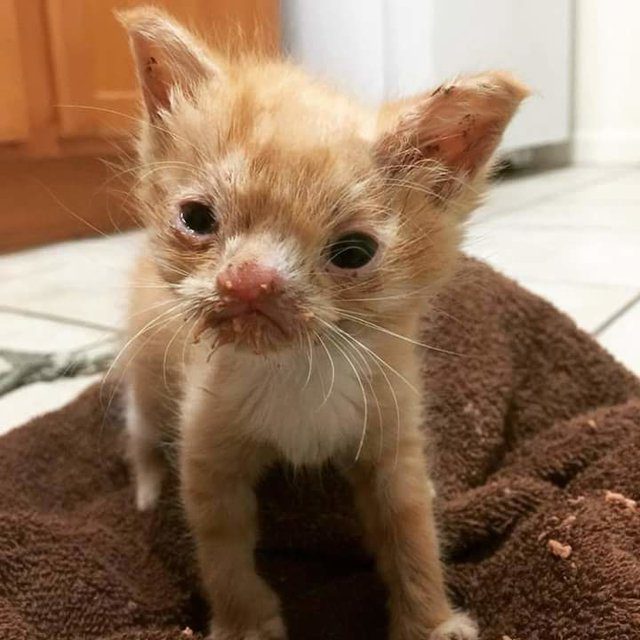 Smush grew stronger, got braver and started earning her feisty reputation. “She was a handful from day one!” Braden said. Braden’s attempts to confine Smush while she recovered from ringworm proved futile: “She climbed over every barrier I put up, so I caved in and gave her an entire room.”

If an animal is orphaned at a very young age, they miss out on learning crucial social skills from their parents and siblings. During their first months, they learn how to interact with others. If a kitten is raised by his mother, it will be corrected if he bites too hard during play. He does not intend to hurt his playmate, he just doesn’t understand the difference between play and prey. 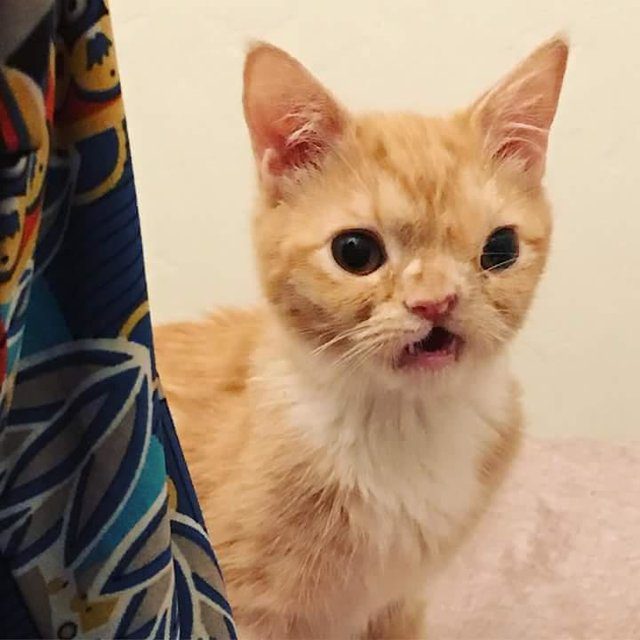 Braden was the recipient of Smush’s love bites. Braden knew Smush would benefit from an adoptive family who understood her.

“She needed to go to a home that loved her smushy face and understood her feistiness,” Braden said. 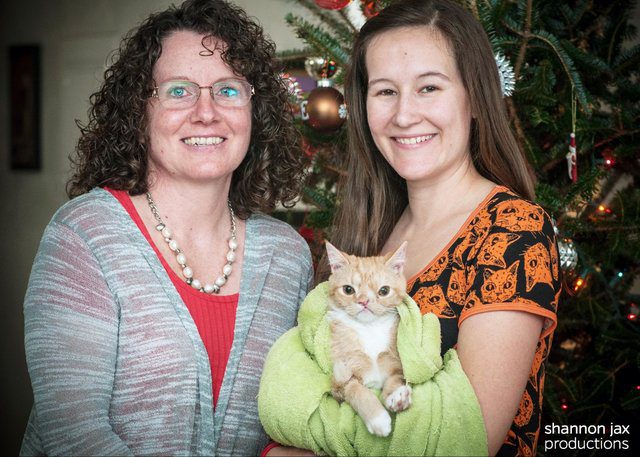 Shannon Jackson and her wife, Sarah Jenne, spotted Smush on Hidenrite’s personal Facebook page but they never discussed adopting her. Jenne was still grieving over the recent loss of her beloved cat, Poot. Jackson says Jenne always responded with the words “a kitten” when asked what she wanted for Christmas, Valentine’s Day or any special occasion. 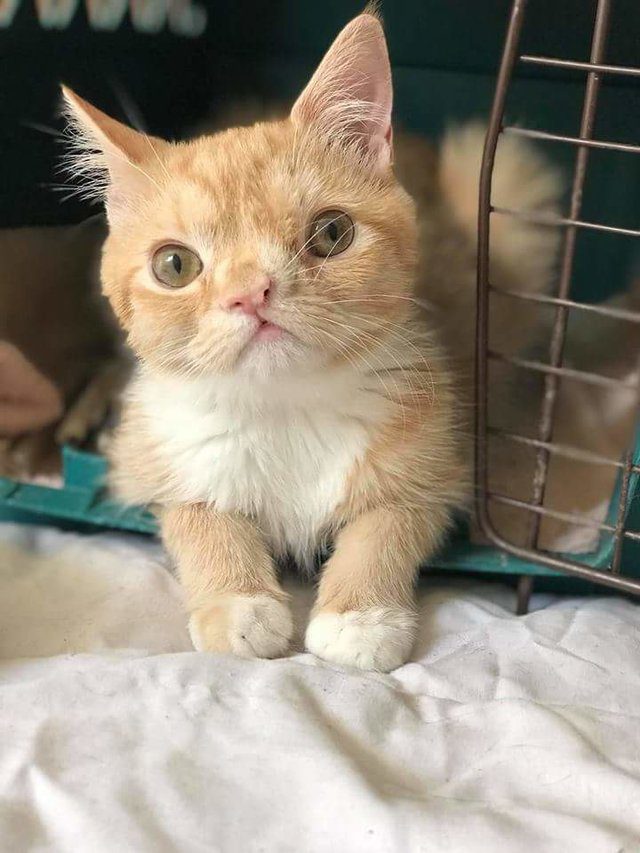 Jackson became friendly with Hidenrite when she began photographing animals available for adoption through Helping Hands Pet Rescue. Jackson admired Hidenrite’s affinity for helping the helpless, including Raisin, a special cat recently featured by The Dodo. 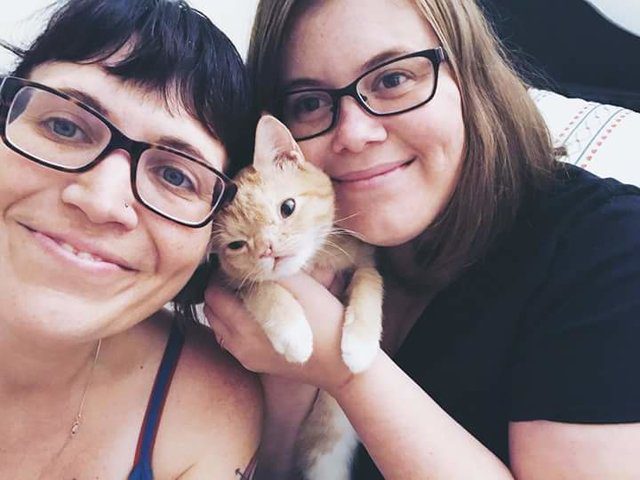 “Sarah’s birthday was coming up, so I messaged Lindsey to see if Smush was still available,” Jackson said. Hidenrite wrote back that she was available — but that she was extremely feisty — and suggested the couple bring Smush home for the week to see how it would go. 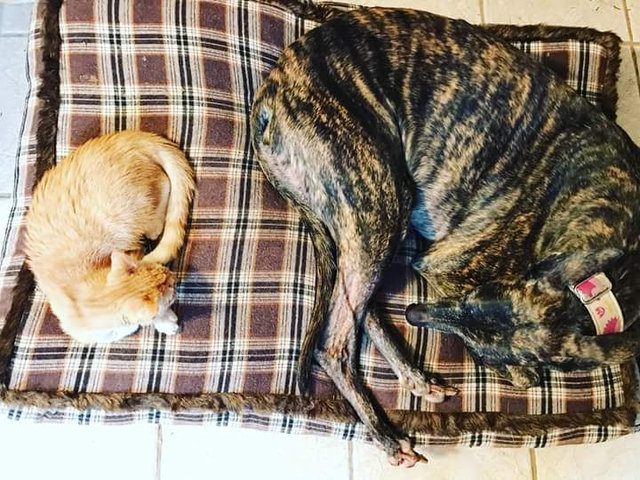 “It was love at first sight,” Jackson said, adding, “Smush growled at Sarah and I for probably 24 hours until she would even come out of her little carrier.” But when she did, Jackson said, her personality exploded. Smush found her forever home with her moms and now has three cat siblings, three dog siblings and a hedgehog named Homer. Smush is the first feline the couple has adopted together and Jackson says she is perfect for them. 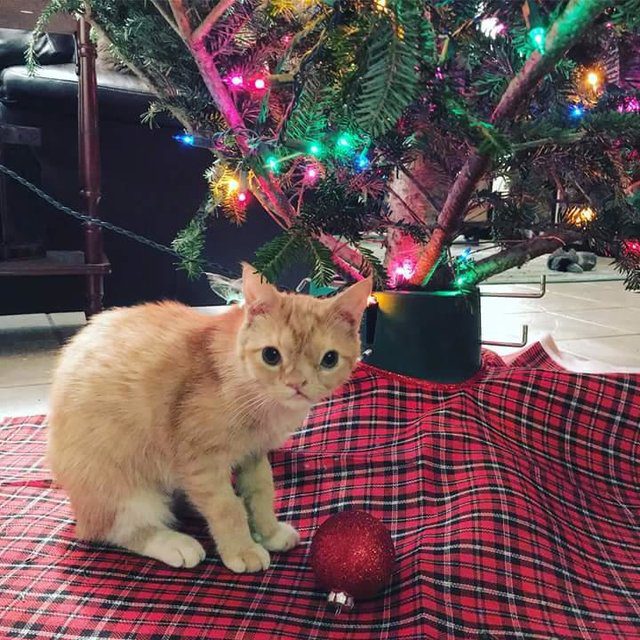 Smush’s moms say she purrs more and bites less these days. She got a surprise visit from her rescuers, Braden and Hidenrite, shortly before Christmas. Everyone credits Smush’s fighting spirit as the reason she survived her ordeal. 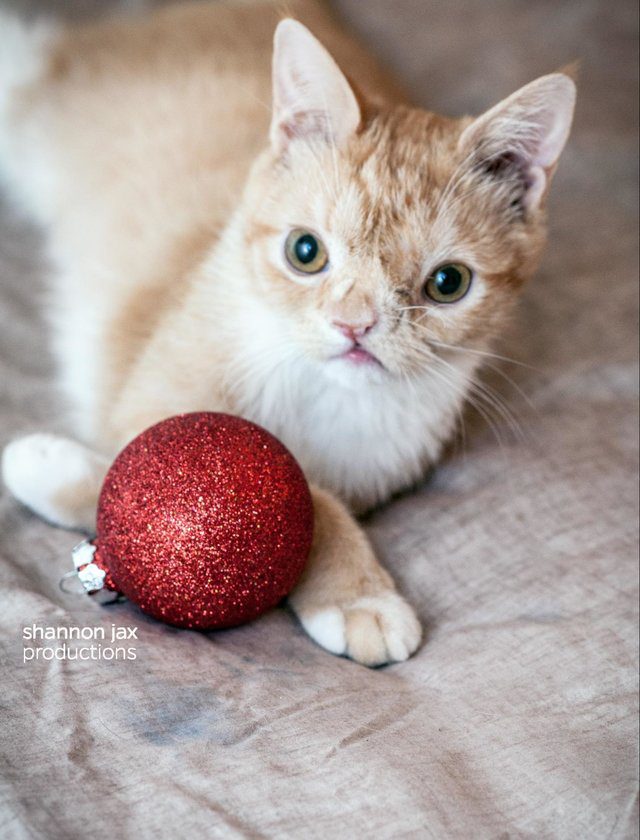