Three little kittens were found abandoned in a garage, hungry and soaking wet. No one believed it was possible for them to survive. 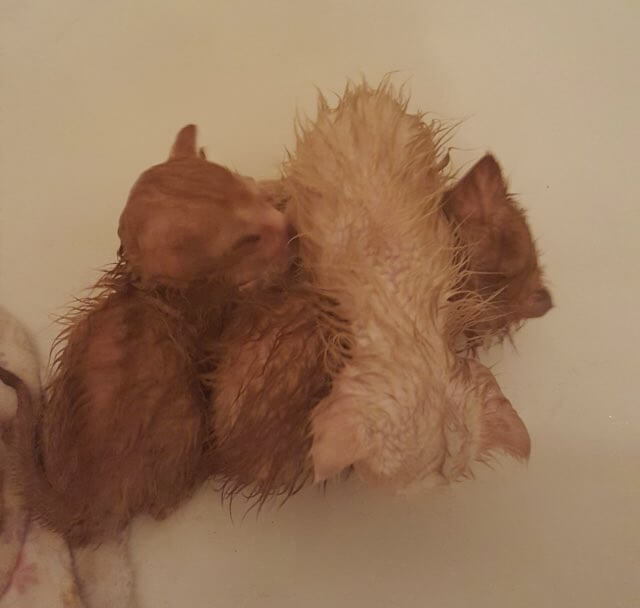 It is unlikely they could have survived the night without their mother cat around to nurse them. With human intervention, these kittens were given the chance they needed to survive. 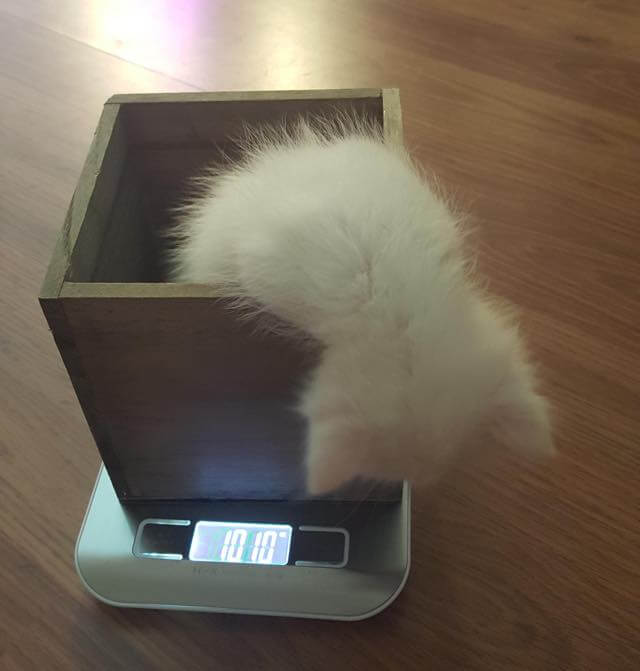 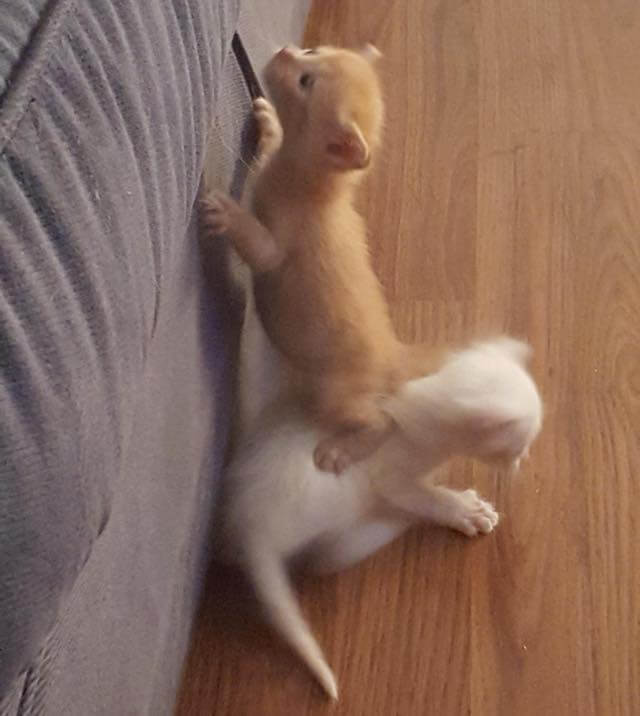 This is a crucial time for kittens, at two weeks old they require a lot of warmth just to stay alive. They were covered in urine and were quite smelly. 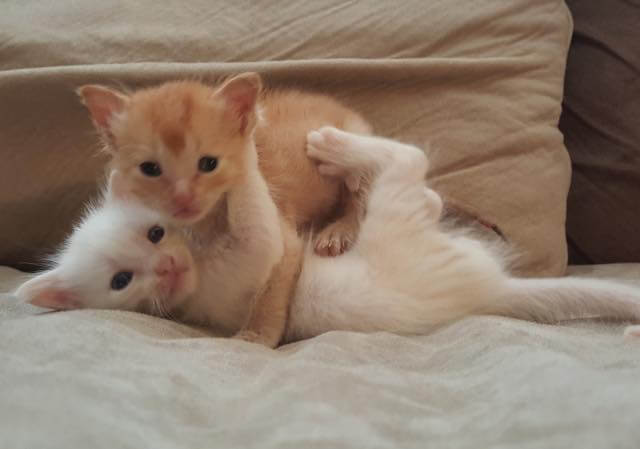 That was until one person decided to open their doors to these abandoned kittens and provide them with a warm bath, some food, and a warm place to sleep 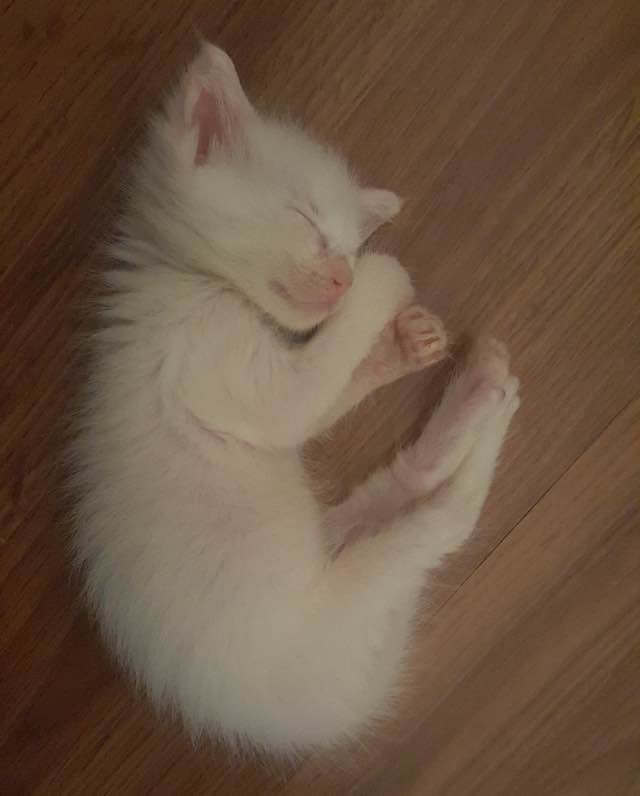 Once they opened their eyes, all hell broke loose! 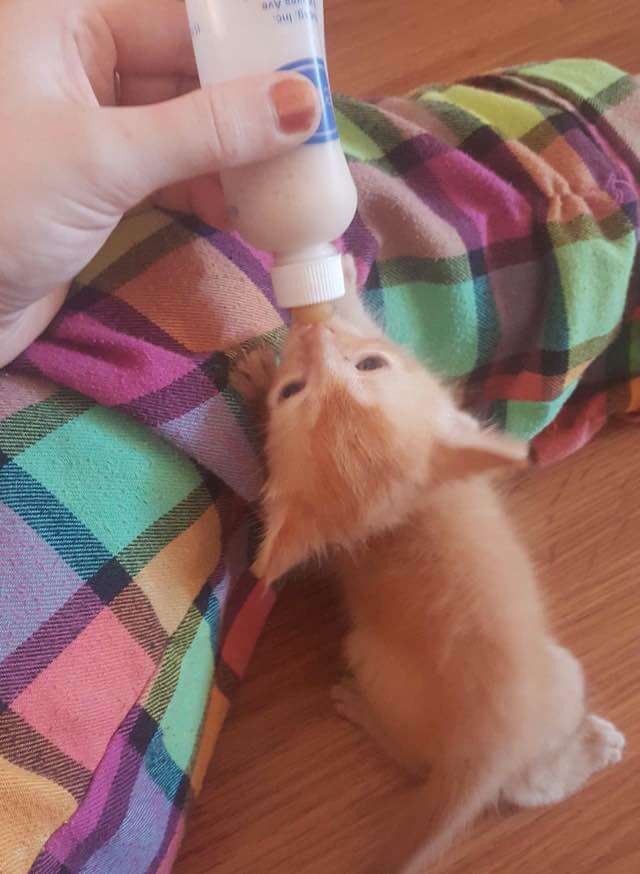 They began playing like real kittens should, and climbed everything that they could find and reach. 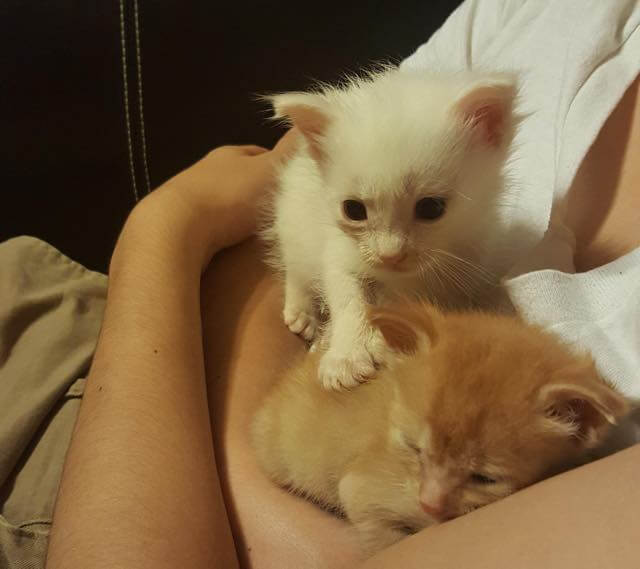 They were enjoying their new home and their siblings. Once playtime is over, they settle in for long cat naps to rejuvenate themselves. 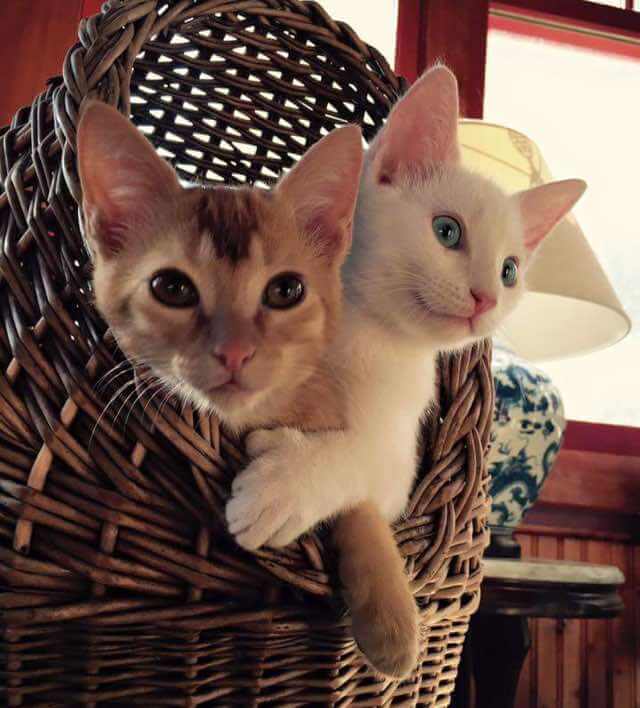 Talk about having an easy life! 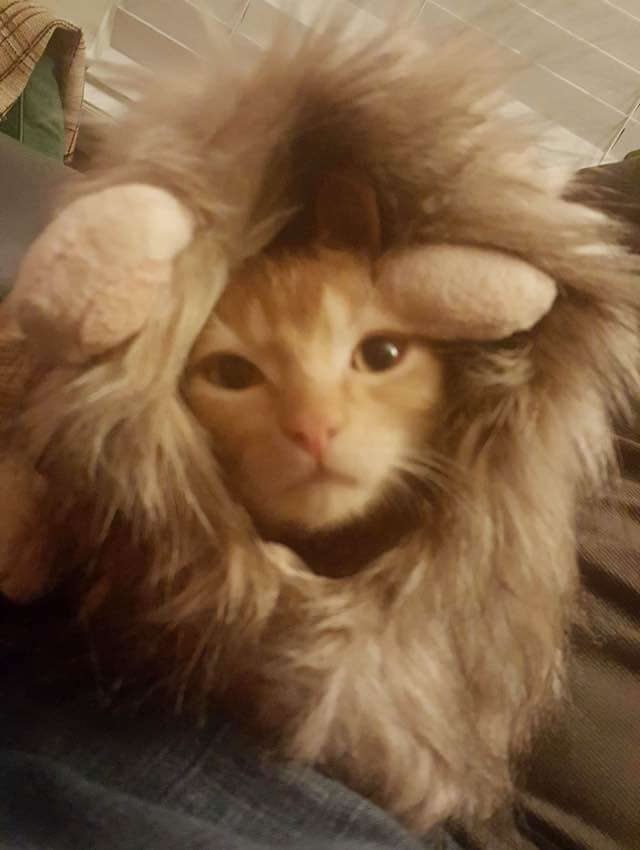 None of this would have been possible without the care and attention of one human being. 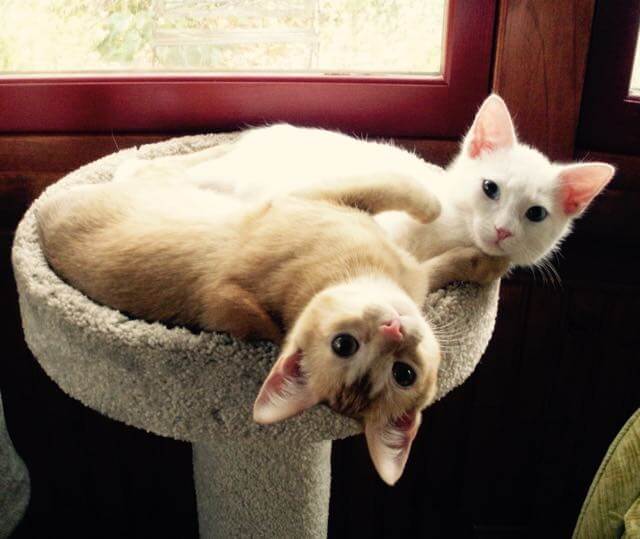 Now all three have found forever homes with loving owners who will never expose them to such treatment ever again.