Ernie Altamirano adopted Sassy, a dog with severe disabilities. The rescue organization, veterinarians, and even others warned him not to get too attached to this dog. It was very likely; the pit bull puppy would not live past three years.

Sassy, was born with dwarfism as well as serious congenital deformities, more than likely due to inbreeding.

As a result, Sassy is only about a quarter of the size of a normal pit bull. She also has curved, twisted forelegs; malformed, flat feet; and a tongue that doesn’t fit inside her mouth and has difficulty moving and breathing.

Despite all that, Sassy just turned four!

Sassy was lucky to be adopted by Altamirano. She lives with him in Long Island, NY, with two other disabled pooches named Chiqui Gonzalez and Dolly Parton. 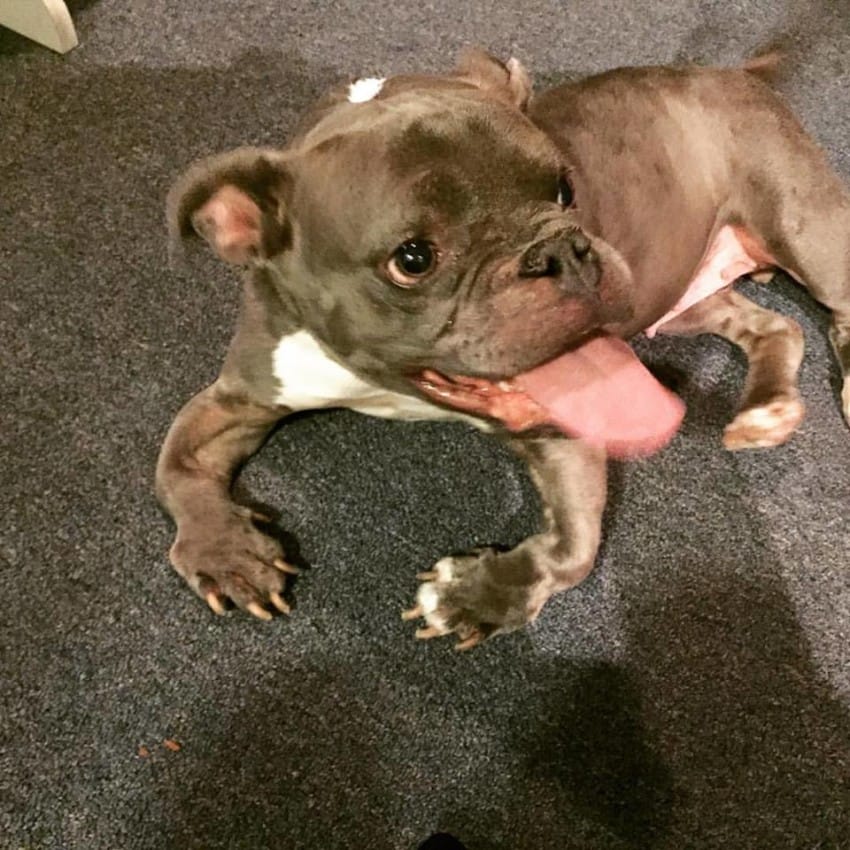 After Sassy was born, she was taken to Forgotten Friends of Long Island, a New York-based rescue organization. Because of her multiple birth deformities, she was taken in by them as they care specifically for animals who would be euthanized due to age, illness, or birth defects. 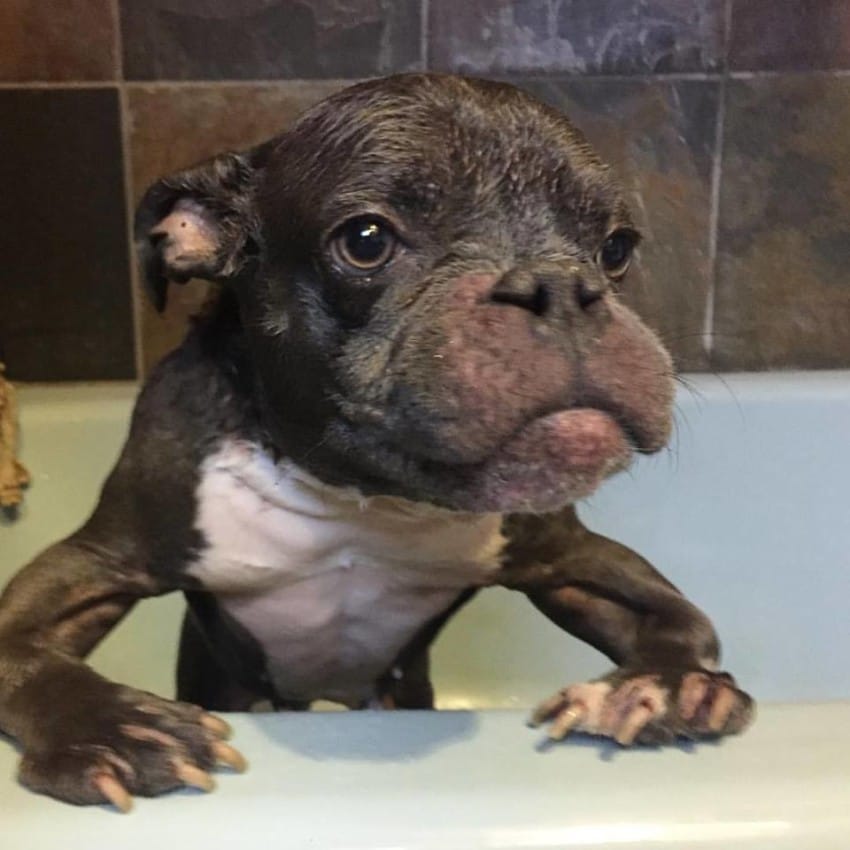 They did not think Sassy would live very long. She was born with twisted legs, underdeveloped flipper feet, hip dysplasia, and dwarfism. That’s when they began a fundraiser to find her a home, and she ended up with Long Island resident Ernie Altamirano, who just loves everything about her. 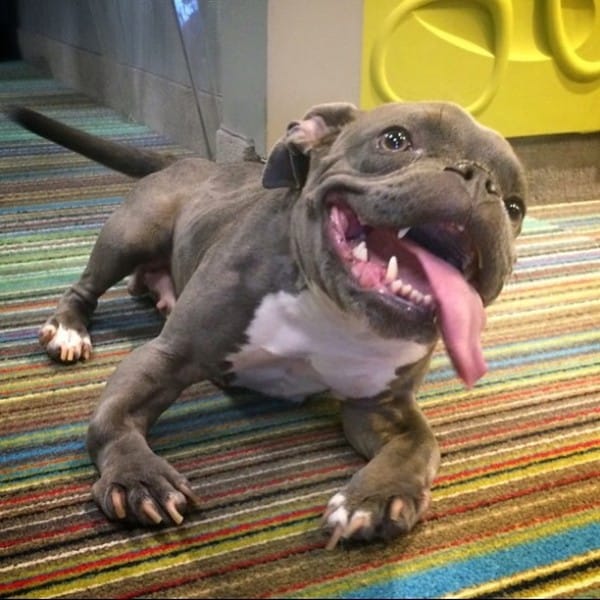 Because walking is difficult for Sassy, Altamirano pushes her around in a stroller and carries her up the stairs. She can walk but is easily tired.

Due to her hip dysplasia, she “twerks” when she walks, and her curved front legs make her balance on her forearms, instead of her front feet. Her feet are flat, flipper-like, and underdeveloped. 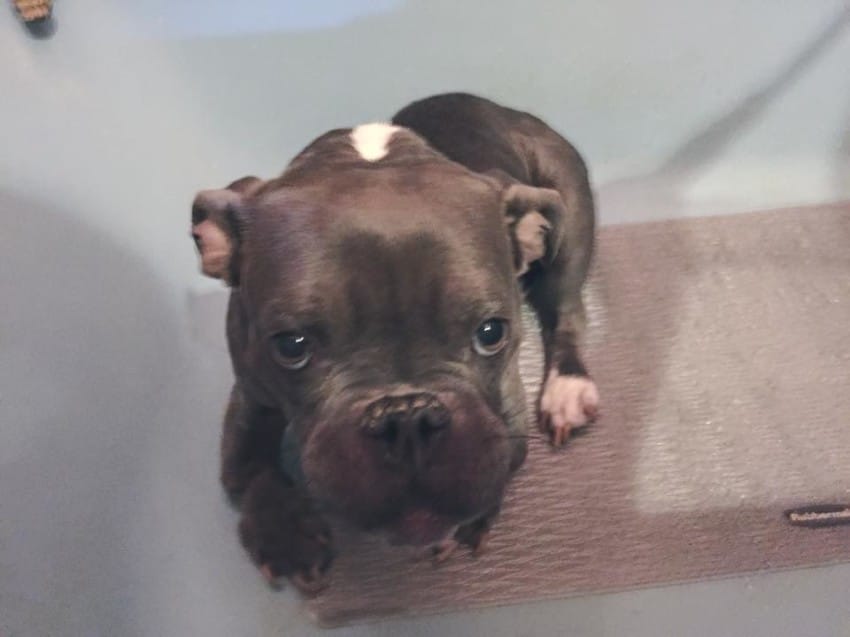 “She just claps her jaw,” he says. “You know she’s trying to bark because she’s just doing this jaw clap. I think it’s hysterical.” 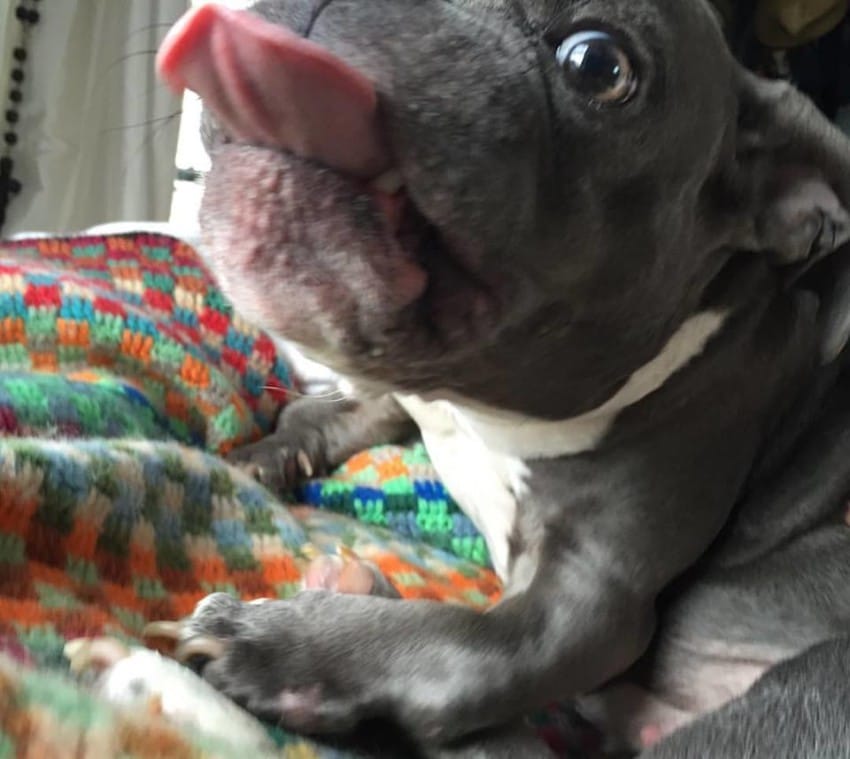 Altamirano loves her spirit. Despite her challenges, Sassy is a happy and active dog.

“She’s got a lot of problems,” Altamirano says, “but she’s totally smart, and she has no idea any of these things are going on.” 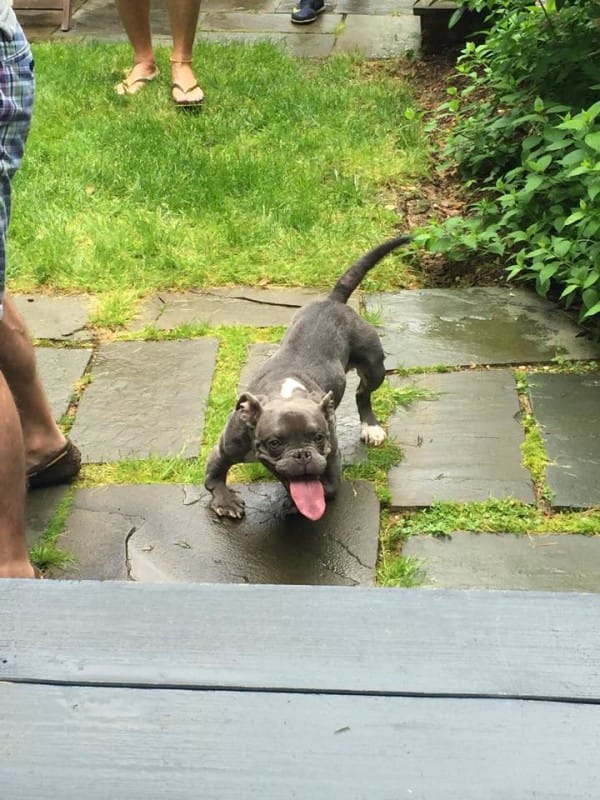 When she wants to, she can run pretty fast! She doesn’t run for very long, but when she does, Altamirano says, “She’s pretty impressive with the speed.”

Socializing comes naturally to her. Despite her small size, she’s not intimidated by big dogs. “She definitely doesn’t know what size she is.” 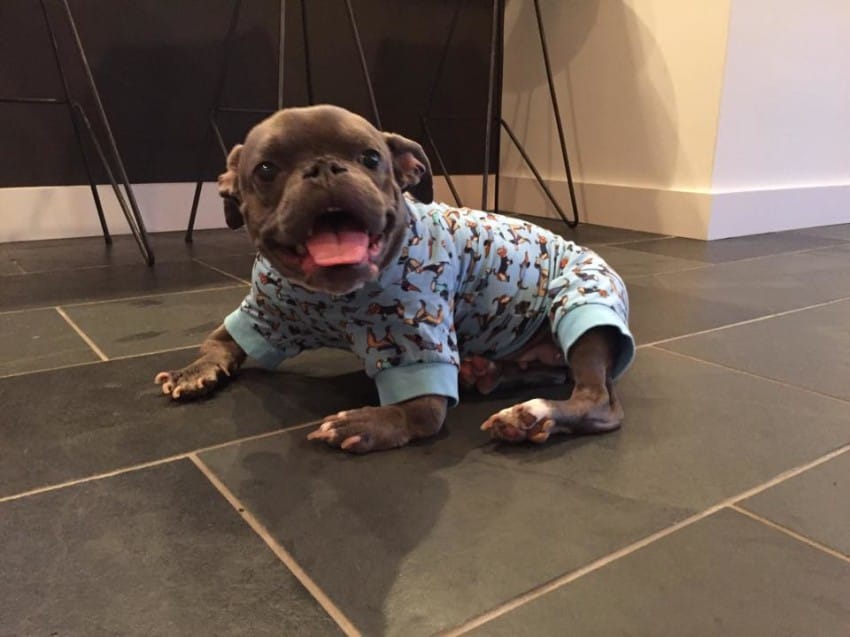 Sassy recently turned four, despite all the warnings about her life would not be that long, surpassing her life expectancy. What’s more, she’s also in good health. 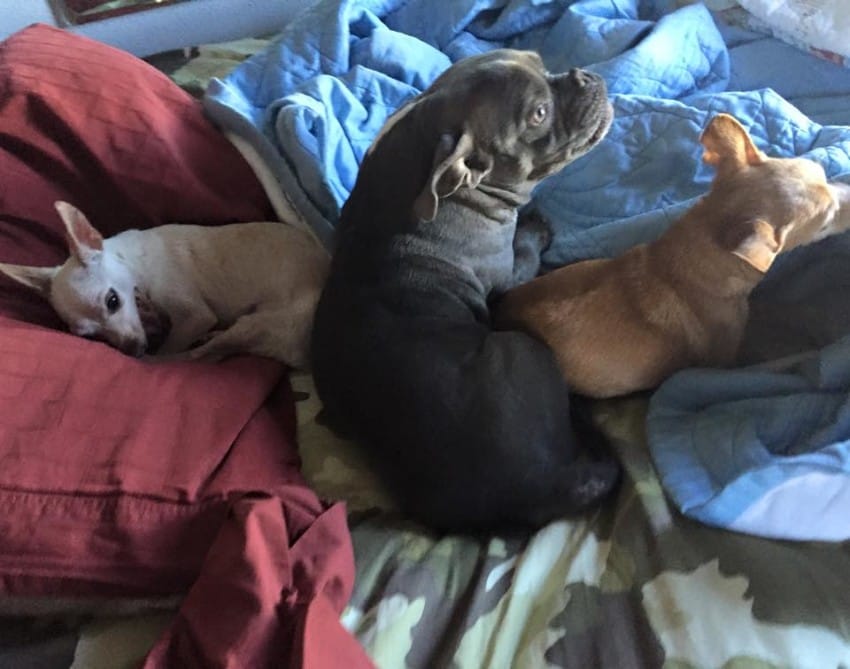 She’s happily spending time at home with Altamirano and his two other disabled dogs, Dolly Parton and Chiqui Gonzales. 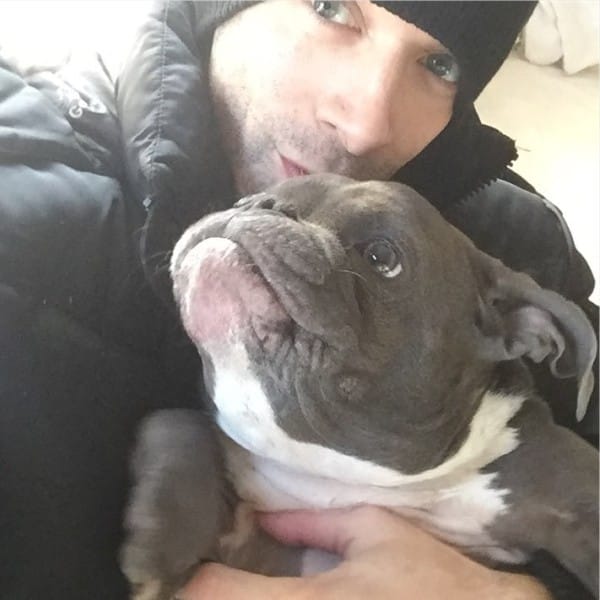 Altamirano is nothing but glad he took in this tiny pit bull. “She’s so sweet,” he says. “You can’t not love this dog. She’s just the happiest little girl.”

You can follow along on Sassy’s adventures on Facebook, and if you’d like to see dogs with disabilities like Sassy get a better shot at life, consider donating to Forgotten Friends of Long Island.