Home
animals
Woman Sees Cooler On The Road, Then Finds 9 Puppies Crammed Inside

When you’re driving, how much do you notice about your surroundings?

We should be aware of what is going on, but at the same time, if you’re paying too much attention to things off of the road, then you run the risk of getting into an accident.

It’s a thing of fate that one Texas driver happened to notice a cooler on the side of the road. It was a hot day, with the sun blazing down when she pulled over to inspect the cooler.

It was in such good condition, she’d planned on taking it home for herself, but when she opened the cooler, she could not believe what was inside. Someone had crammed nine puppies inside of this cooler.

And we’re not talking little Yorkies — these are german shepherd puppies! The little ones were all covered in their own feces and urine, with barely any air at all. Had she not pulled over and someone found them later, this story would not have the happy ending that it does. Thank goodness she wasn’t fully paying attention to the road that day! 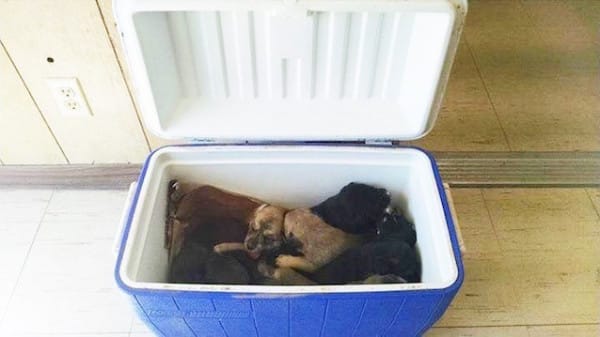 The unnamed woman had pulled over on that hot Texas day. Since the blue and white cooler was in such good condition, she’d hoped to bring it home with her! 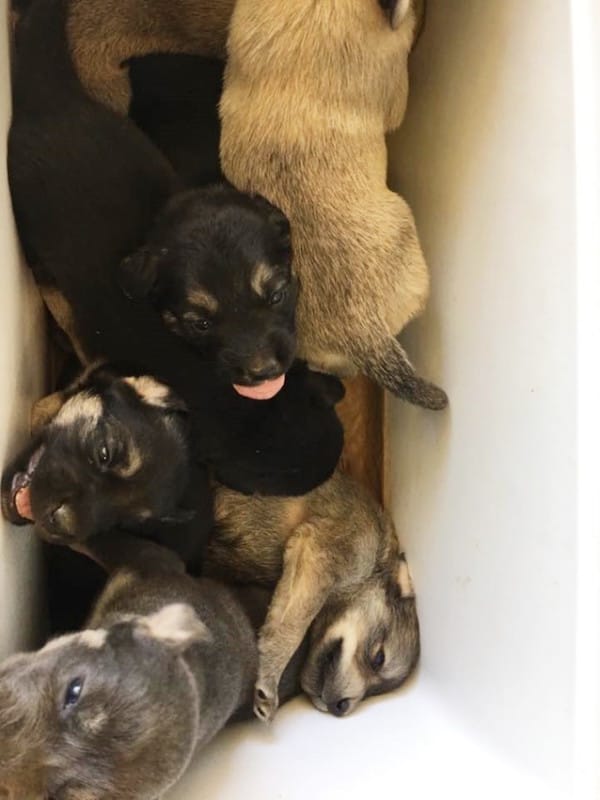 After getting over the initial shock, she realized there were nine puppies inside of the cooler.

She called Sulphur Springs animal control department. Karri McCreary, a veterinarian with Vet Ranch, got the call about the puppies in need of immediate assistance. 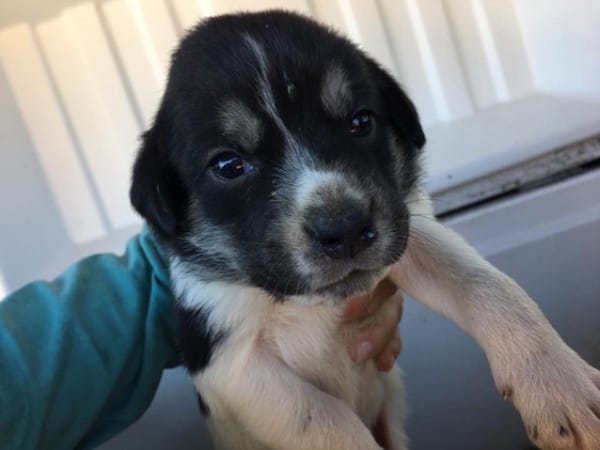 “I just drove over there and got them,” Karri told The Dodo. “They were still in the cooler.” 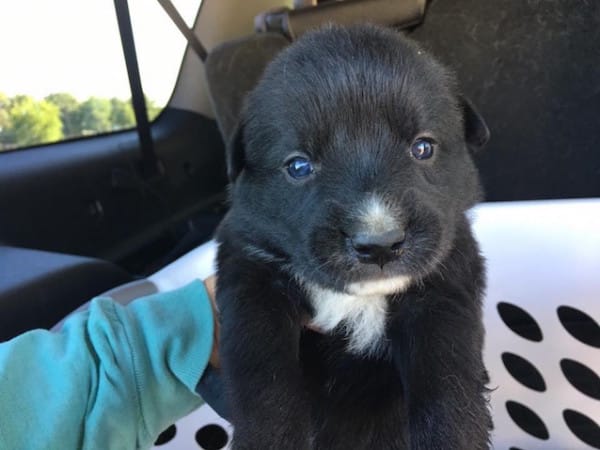 The rescuers believe that the woman who found them must have pulled over very shortly after the puppies had been dumped there, as with the heat and restricted air, they wouldn’t have survived long. But after a thorough inspection, all of the puppies have been cleared! “The puppies are strong and playful and they’re healthy,” Karri said.

Thanks to those at Hunt County Pets Alive, all of the puppies have new homes lined up, once they’ve gotten all their proper vaccinations and medical care.