Bramble, an adorable deer who was rescued when he was just two weeks old, lives in Nuneaton, Warwickshire, with owner Geoff Grewcock. Now age 10, he is so comfortable with Geoff he raids the fridge, gazes out of the window and has even been busted sleeping on the bed.

Geoff owns Nuneaton and Warwickshire Wildlife Sanctuary, decided to hand-rear Bramble after the poor deer was found in a coma.

The 66-year-old has tried to release Bramble back into the wild on several occasions, but Bramble prefers to live in Geoff’s home with all its’ comforts!

Geoff said: “He’s like a little child, it’s the only way to describe him. He even curls up with the dogs; we have four. He’s got so much character, he’s one of the family now.” 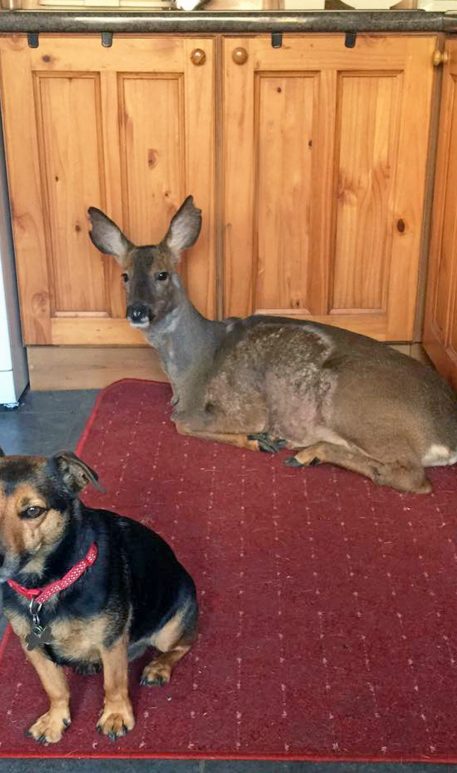 He added: “He loves gazing out the window and watching people go by. He’ll lie down in front of the TV and watch Springwatch with us and the dogs. He even raids the fridge for vegetables as he’s a vegetarian and anything he doesn’t like he drops on the floor for the dogs. He’ll go up and greet friends and neighbours at the gate, he just gets on with everyone.”

“Once I even caught him having a snooze on my bed!” 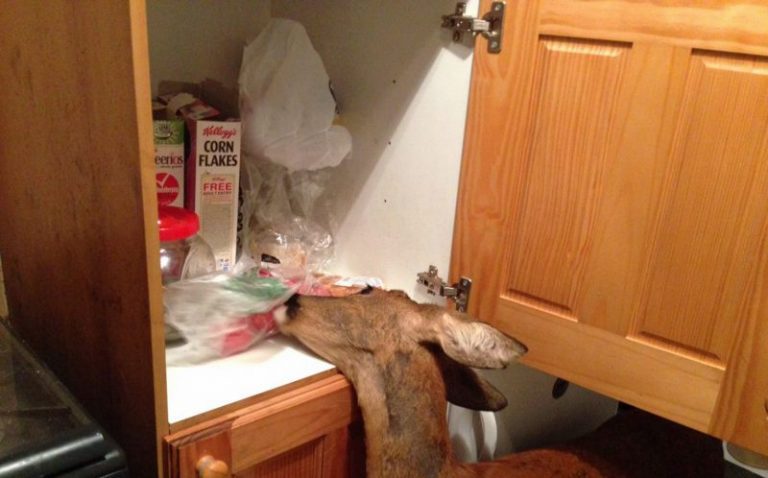 Bramble was found unconscious in a field when he was only two weeks old, and was brought to Geoff’s sanctuary.

He said: “We managed to get him out of the coma and hand-reared him.” 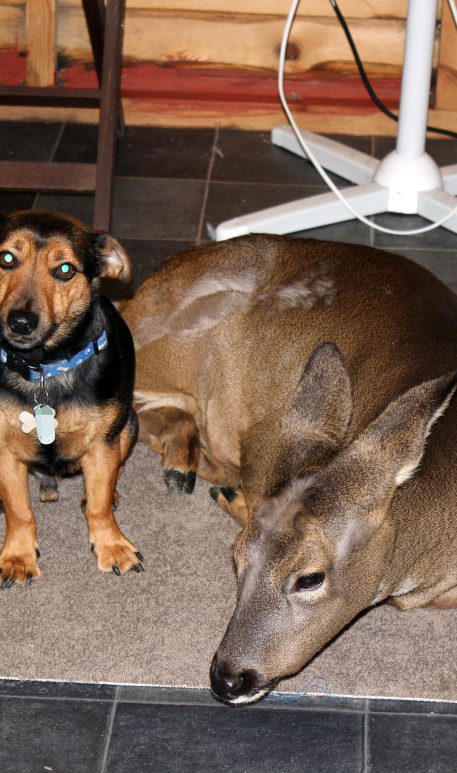 We tried to release him into the wild, but in a deer park he might only have had a three year life span.

“In captivity they can live up to 17 years. I wasn’t going to hand-rear him and then let him be culled in a deer park when he’s three. He’s one of the family.”