Though the show is no longer on television, here’s an old episode of the self-refuted dog whisperer, Cesar Millan, having a bad day when his “whisper” doesn’t quite work out with an aggressive Labrador Retriever named Holly because she bite’s him. 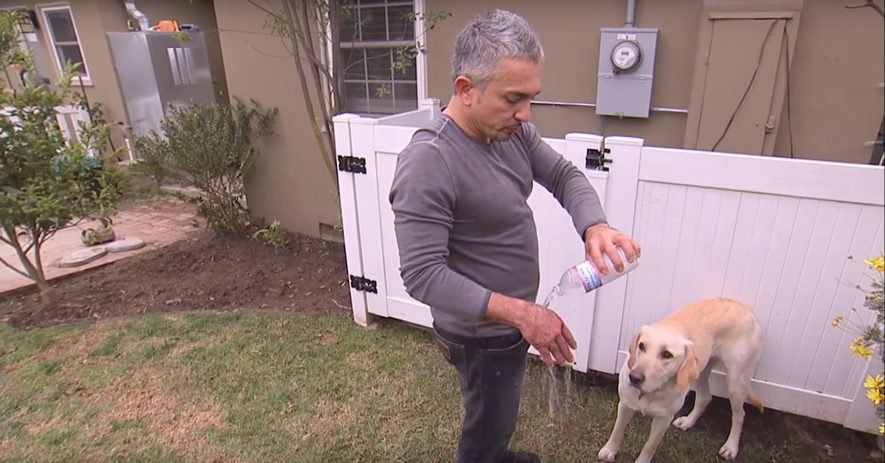 In the short video, Cesar try’s to get the dog to become more submissive because obviously, the owners are having some problems with the dog. Well, Holly wasn’t to keen with being broken and in the end, she seemed to have won the battle when “The Dog Whisperer” reaches to take the dogs food, she snarls and becomes quite defensive. Kind of the same way I attack if someone puts their dirty hands near my food.

It’s really hard to believe that anyone would put his or her hand on Holly’s muzzle after everything she has just been through. She is then kicked which may have actually extended the length of the bite (in the full-length version of this episode you see the dog hit in the neck prior to the bite). After the bite, you hear Cesar Millan say, “I didn’t see that coming.” Would you have put your hand on Holly’s face? I wouldn’t have either.