Steffen Baldwin, animal advocate and dog trainer,  is know for  freeing a pit bull from life on a chain. Baldwin, a County Humane Agent who also founded the Animal Cruelty Task (ACT) Force of Ohio, heard about the dog from concerned neighbors who suspected neglect.

Nothing could be done for the dog legally as Ohio state laws dictate that a dog with food, water and shelter is adequately cared for. So Steffen reached out to the owners. 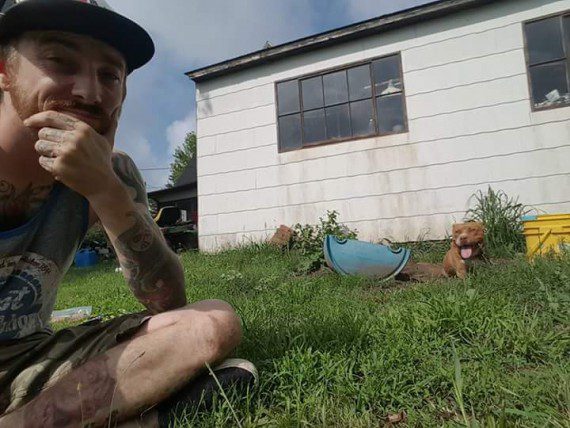 Fortunately, the owners were fine with the idea of finding Tank a new home. The dog exhibited worrisome behavior, like lunging at the children playing in the yard. Even the owners had to keep their distance and throw his food to him. 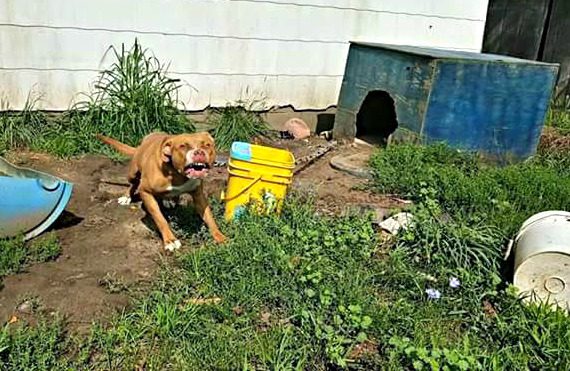 Chained 24 hours a day, Tank would get no mental or physical stimulation. The anxiety and stress would build up making him act the way he did. The poor dog had no way to release his energy. 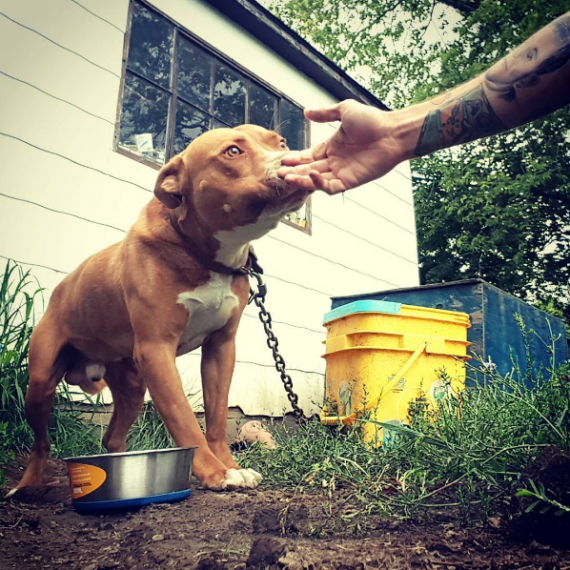 Steffen used the expertise he’s acquired over the years as a force-free trainer to free Tank from his chain. It took an hour and several hotdogs, but the ‘Dog Whisperer’ was able to get the snarling and scared dog to trust him. 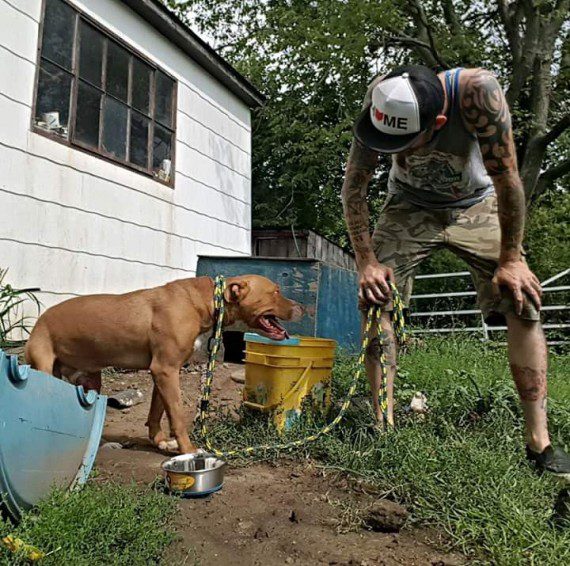 “Let’s go do stuff–let’s go be a dog,” Steffen told Tank. They spent the next hour on a long walk in which the dog would stop frequently to smell the flowers. “And I was inclined to let him,” he said. 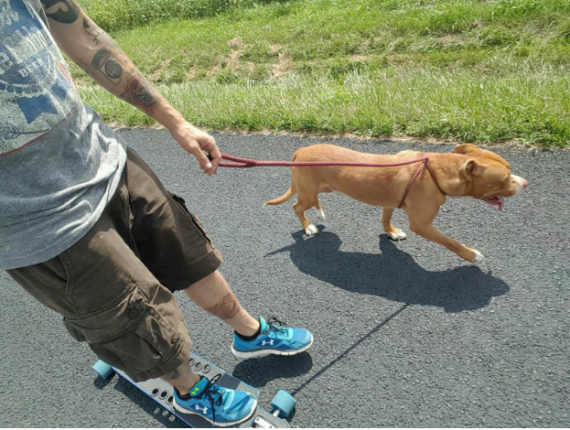 In a strange turn of events, Tank is back with his owners…but off of his chain! One of the owners has taken a renewed interest in Tank and will care for him until he’s neutered. Steffen will continue training Tank until he’s ready for a foster home. 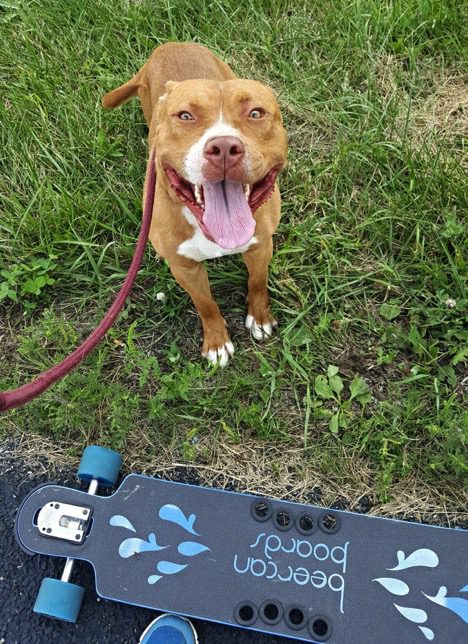 A local rescue will take over from there to find Hank a forever home.   You can visit the A.C.T. Ohio website for more info on Hank or to donate.