Kristin Beck had just pulled up in front of her St. Petersburg home when she spotted a crime. Package theft is a growing problem across America. The pilfering “porch pirates” never get busted,  but that was not the case during one recent robbery in Florida.

The furry thief was actually caught in the act. 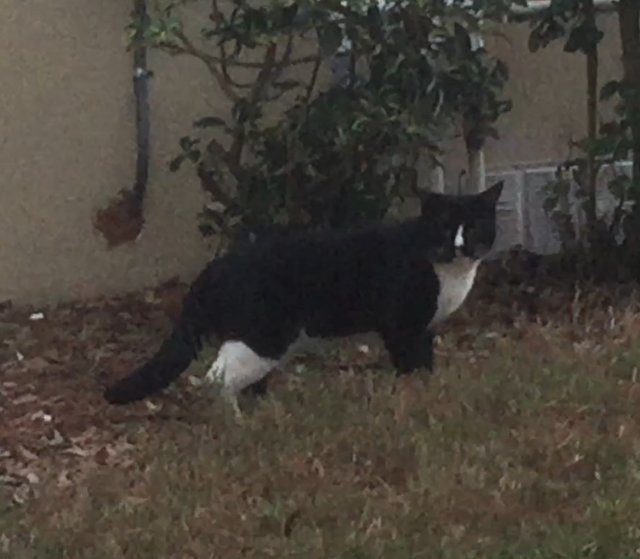 Beck was waiting for a special delivery for her own two felines. The catnip toys she’d ordered online were banana-shaped. However, a local black-and-white kitty had evidently found them first, and decided to take them. 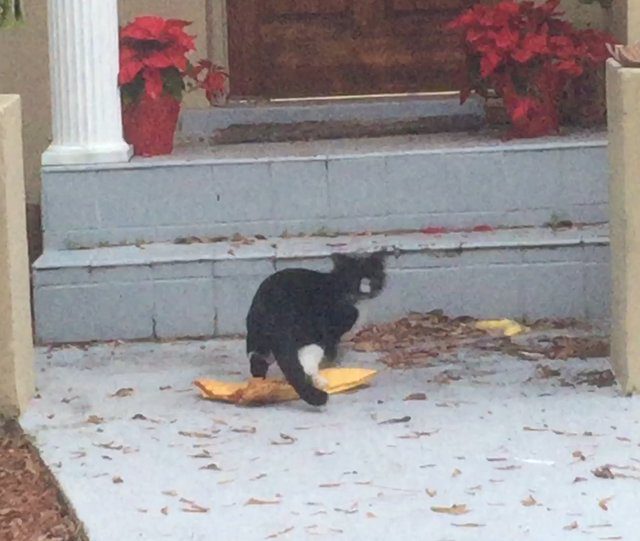 “Out of the corner of my eye I could see the package being ripped at by the cat,” Beck said. “The culprit was on my front porch with one of the bananas already out of the package, and he was going to town on the Amazon bag. I was the victim of an attempted cat burglar.”

Beck took a video on her phone because it was pretty funny. 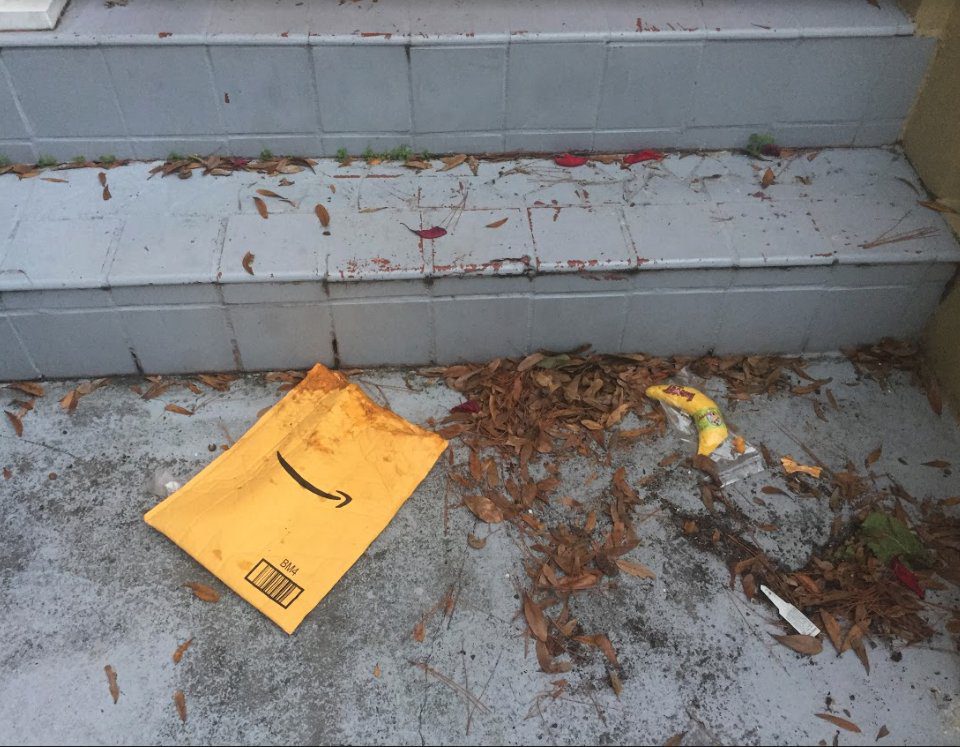 The thieving kitty realized that he’d been caught red-handed, and sauntered away. He showed zero remorse for his bad behavior. 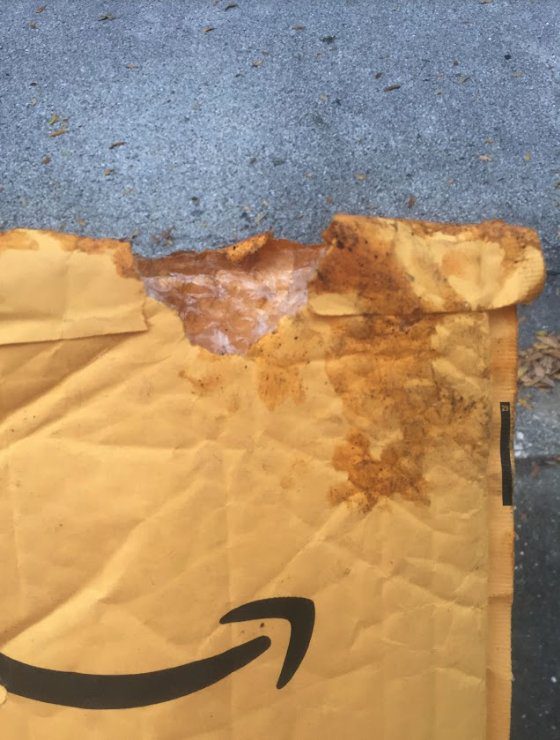 Both catnip banana toys were fine, but it could have  been a very different ending had Beck not arrived. 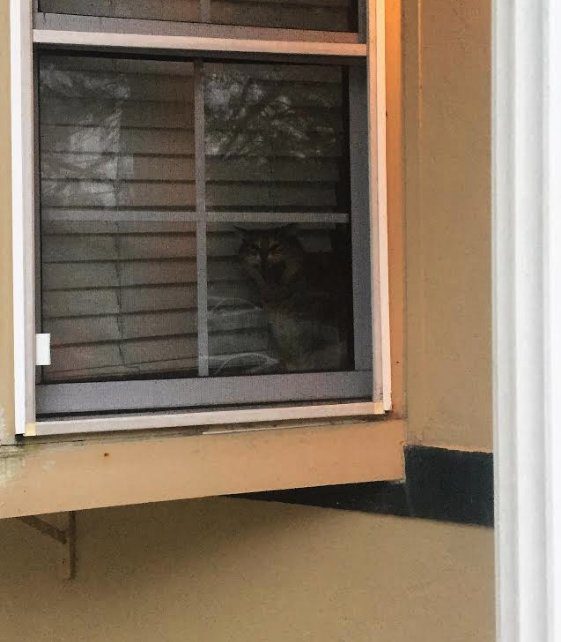 “My indoor kitty watched from the window in horror,” Beck said.

Both of Beck’s cats, Napa and Vino, witnessed the whole thing go down and were helpless to prevent the black-and-white cat from trying to make off with their stuff. 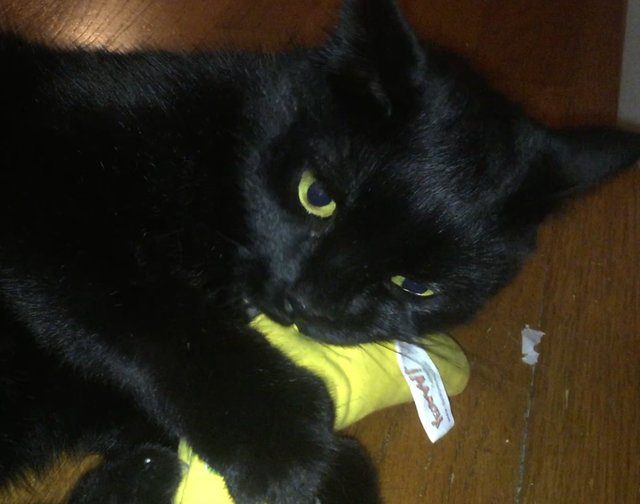 Napa and Vino weren’t too bothered in the end because they actually got the bananas. 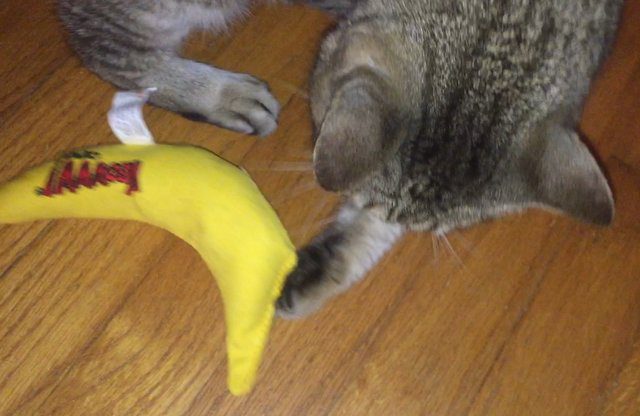 The black-and-white cat’s actions were brazen, but Beck doesn’t hold it against him. He’s a familiar character in the neighborhood and has never caused anyone trouble before.

“There are no hard feelings against the little cat burglar,” Beck said. “It’s the holidays and I’m glad he got to enjoy some treats, if only for a little while. Not to mention I have not laughed that hard in a really long time.”