In Thailand, outside a 7-Eleven, there was a basket with a tiny baby slow loris inside.  The baby was not accustomed to being away from his mother. The tourist who found the loris was not exactly sure why he was there, but thinks that like other slow lorises, he was on his way to being sold as a pet. 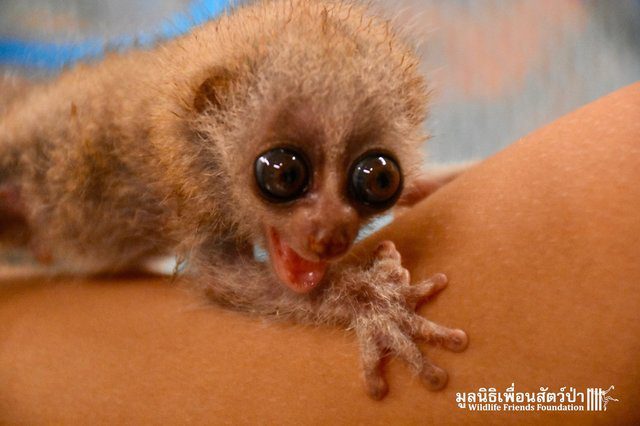 Luckily, the little animal was rescued before anyone else could take him away. He contacted Wildlife Friends Foundation Thailand (WFFT), a local wildlife rehabilitation center for displaced, injured or otherwise needy animals like this little loris. 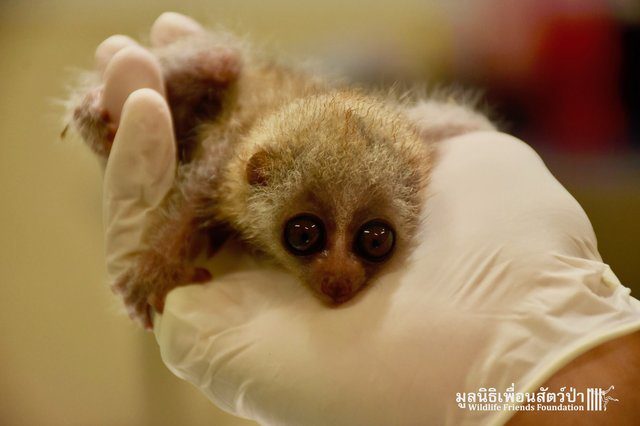 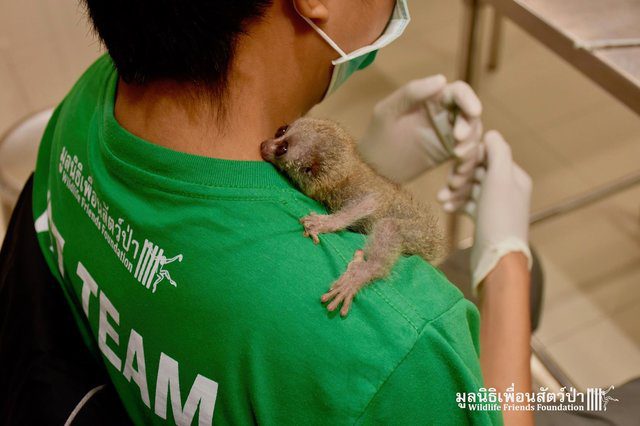 Rescuers, named the slow loris Makham, and did what they could to have the scared animal feel safe.

When in the wild, baby slow lorises are attached to their moms the first six months of their lives. The animals even give off a special ultrasound signal if they feel scared so their foraging moms can get back to the nest to protect them. It is very possible little Makham had been calling for his mom while trapped in the basket. 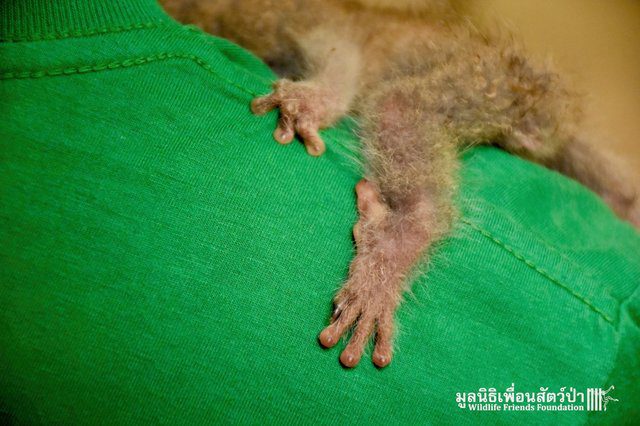 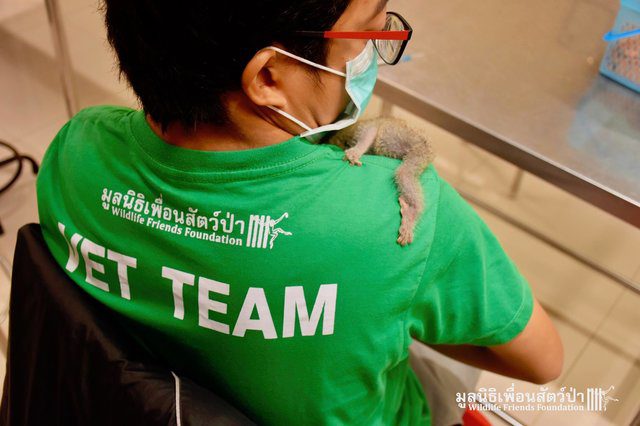 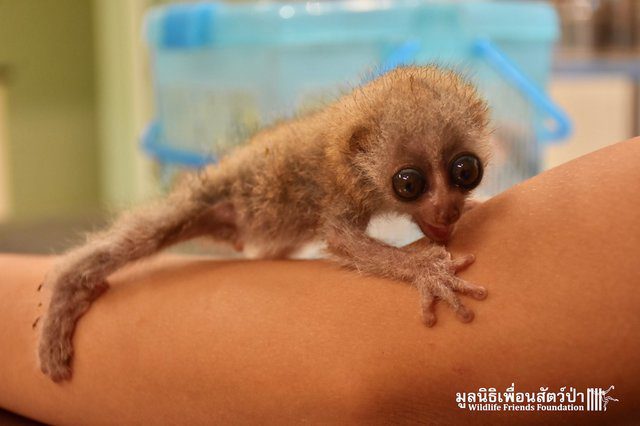 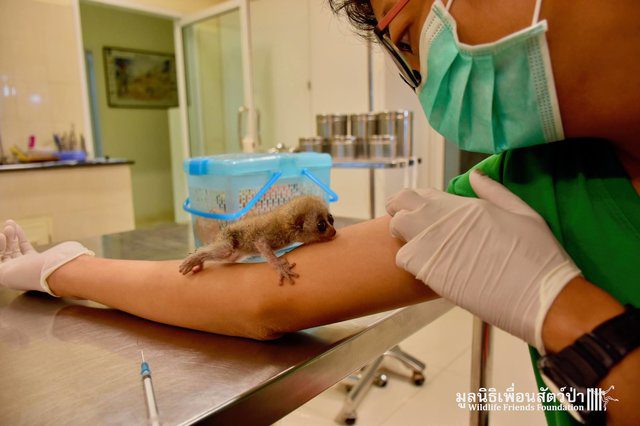 “Luckily little Makham was found and he will have some other young loris friends to keep him company,” WFFT wrote on Facebook. “Sadly, the rehabilitation and release back to the wild for such a young loris is a long process. However, we are hopeful that this little one will get another chance at a wildlife.” 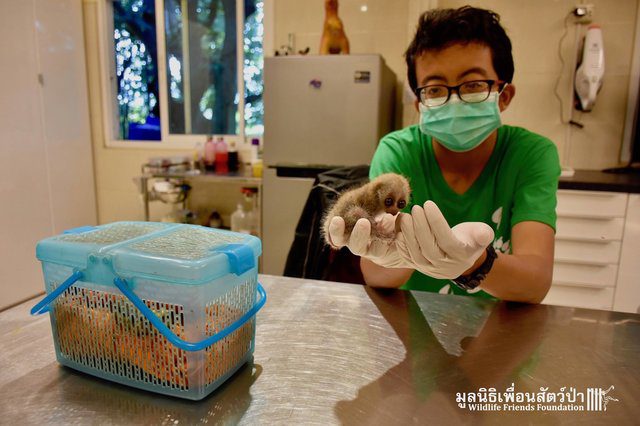