Trash collectors Tommy Gewitzke and Ed Bolton were working their morning route in late January when they opened up a family’s bin to remove their garbage and saw a pair of tiny black eyes peering up at them.

Sitting atop the trash was someone’s pet hamster.

The men scooped up the animal and scoured the Aylesbury, UK, neighborhood to find out whom he belonged to. 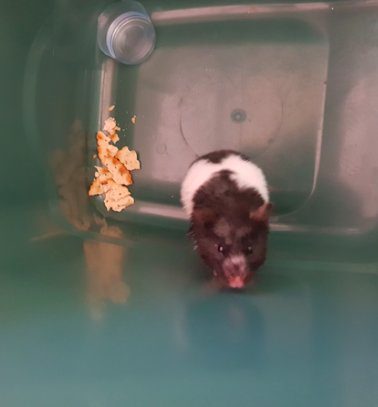 “To my knowledge, this is the first animal or pet they’ve ever encountered [in a bin],” Megan Williams, marketing officer for the Aylesbury Vale District Council said. “They were more than a little surprised.”

The men brought the hamster, they nicknamed Dusty, back to the company base where staff members quickly found some materials to give him a temporary home. They later brought him to a local Pets At Home store, where employees offered to care for him until his owners could be found.

Luckily, the employees were able to reunite the hamster with his family that same day. That’s when the family revealed how the hamster had gotten into the bin in the first place: The family thought he died, so they wrapped him up in bedding before laying him to rest in the garbage can that morning. 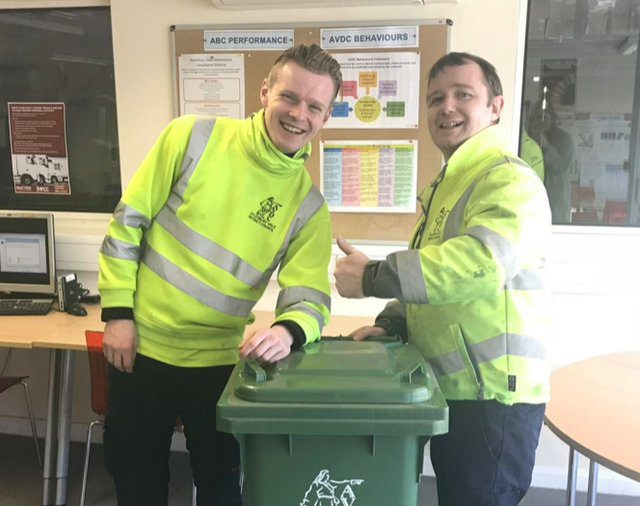 However, he was just hibernating — a behavior seen in wild hamsters.

“Wild hamsters hibernate during the winter, but wake up periodically to feed,” the RSPCA explains on its website. “In a warm house, artificial light and temperatures usually suppress hibernation.”

If a pet hamster gets cold in a drafty area of the house, they will go into hibernation for weeks at a time, which is why the family believed that the hamster had died. A post explaining the phenomenon went viral last fall, where thousands of prior hamster owners worried whether their “late” hamster was actually just taking a long nap. 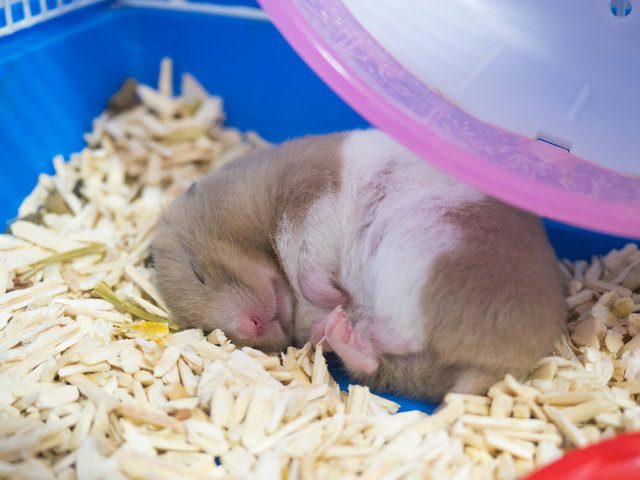 “We sympathize with the family, as we know it can be extremely difficult to tell whether your hamster is hibernating or has actually died if you don’t know how to wake them up,” Dr. Maeve Moorcroft, head of Pets at Home, said in a press release. “To check if they are hibernating, move them to a warmer part of the house to see if they wake up, or hold them carefully in your hands against your warm body. This helps to wake them up gently.”

Dusty is now healthy and warm back at home.

“I’m just really happy that we were able to reunite a family with their pet,” Bolton said.