Farah,  a 10-month-old chimp was confiscated from the man who had killed his mother. He arrived at a sanctuary in Cameroon, but was afraid of everyone. Since that day, Farah has come so far. 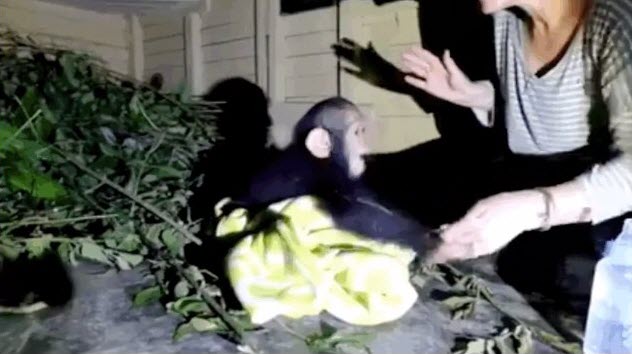 The workers at Mefou Primate Sanctuary, which is run by Ape Action Africa, were patient with the poor traumatized baby. He had already witnessed the death of his mom and was then chained up in his captor’s house. Farah hadn’t been around any other chimps to help him socialize at at a time when his mind and body was growing and developing. His only experiences with humans were terrible. 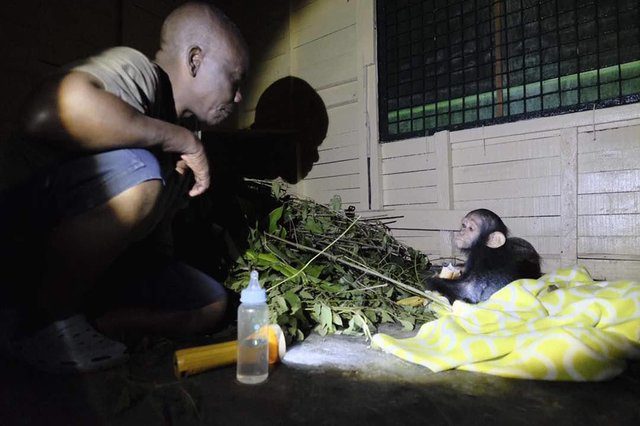 Caretakers gave Farah a blanket so he could make his own little nest and helped him feel more at home. They offered him food and soon, he allowed people to get close enough to bottle-feed him and he even let them to put their arms around him. 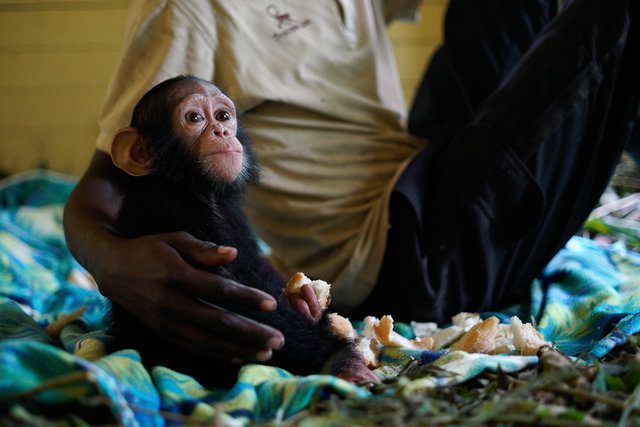 Farah needed to get reacquainted with his true nature and meet the other rescued chimps at the sanctuary, a key step for primates since they are extremely social animals. Farah the chimp was very eager to begin making friends. 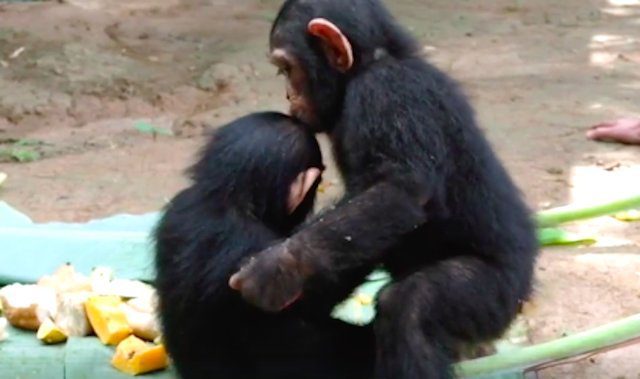 The chimps in Farah’s new group helped him feel welcome by sharing food with him and giving him hugs and kisses. 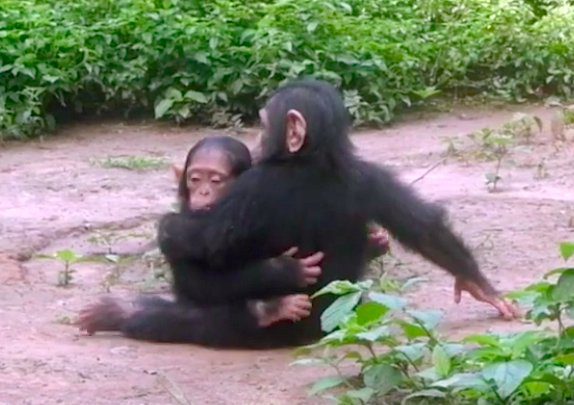 Farah learned and soon couldn’t get enough hugs! He is proving to be an extremely affectionate and playful chimp, despite his dark, isolated past. 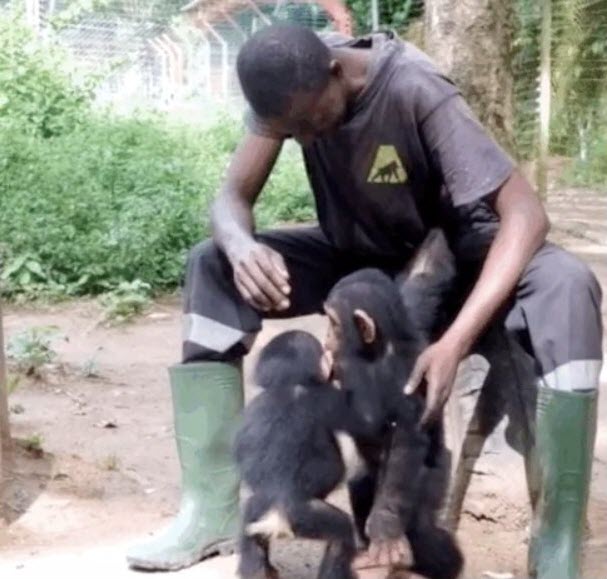 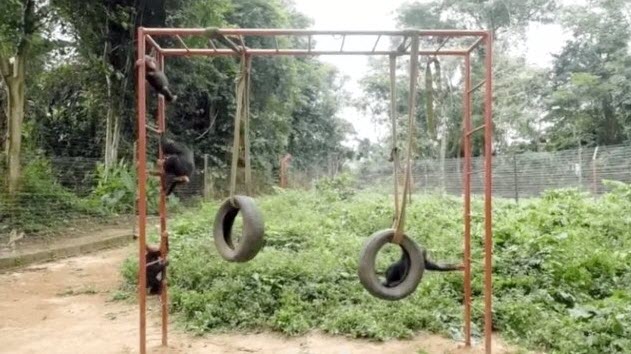 The little group is getting stronger in the safety of the sanctuary. Because of the threats to these wild apes, like hunting, habitat loss and illegal pet trade, that is good news for chimpanzees everywhere.