Home
animals
Woman And Husband Witness A Dog Being Tossed From Someone’s Truck, Then She Posts This On Facebook…

Dion Cole was running late for work. As Dion was driving, he saw a pickup truck pull over to the side of the road and toss out a dog, and then the truck drove off. Dion was shocked at what he had just seen. 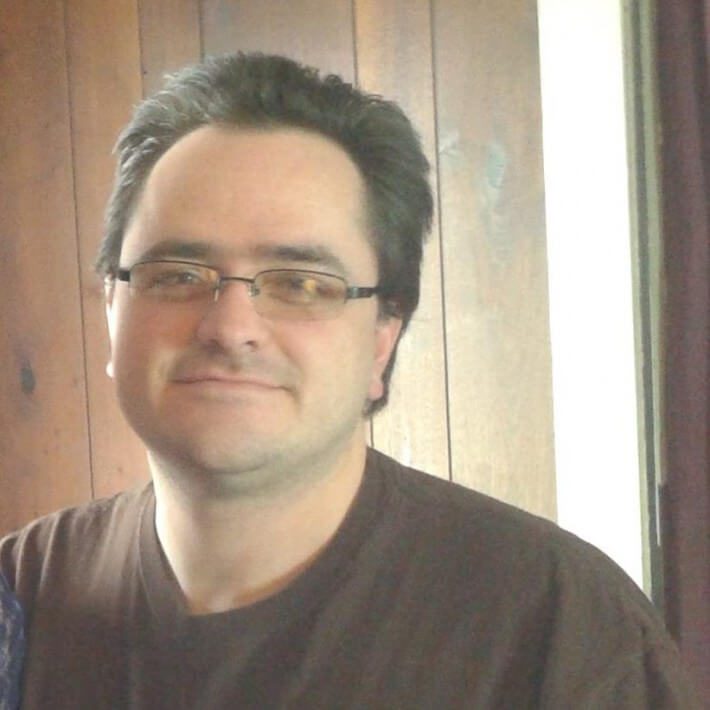 He told his wife, Danielle and she shared the incident on a Facebook post. The post, addressed to the dog’s owner quickly went viral. Danielle started the post referring to the person as a dirtbag.

The post described to the owner that after the dog had been heartlessly dumped, it ran after the truck until it collapsed from exhaustion. 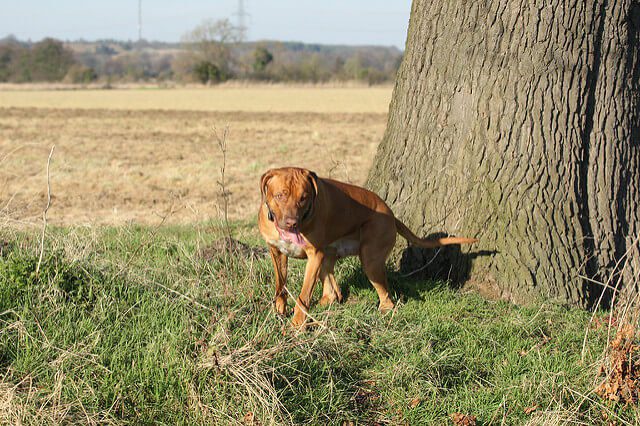 Dion stopped and tried to help the poor dog, but it was too scared, and it ran off into the woods. 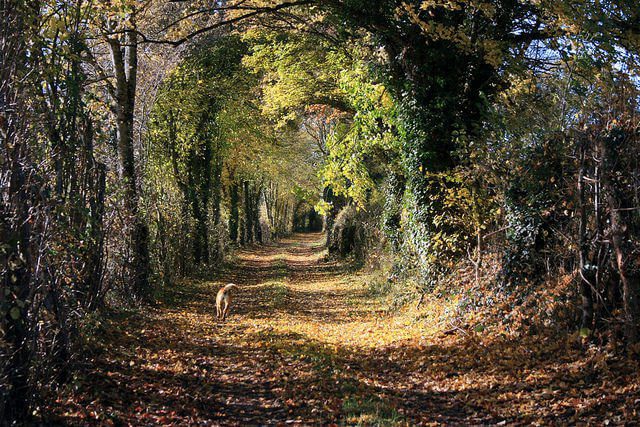 Dion and Danielle went back that evening, and the dog was still there – waiting for its owner to come back for him. The dog ran off again. The following morning, they went back for another try. 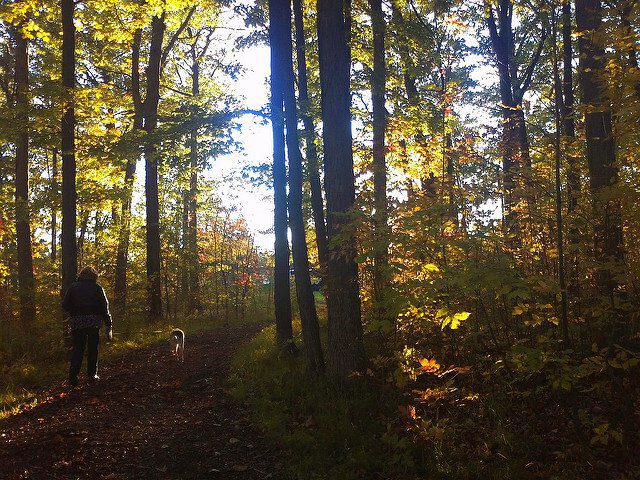 They left a bowl of food. Other people showed up and tried to help catch the dog. 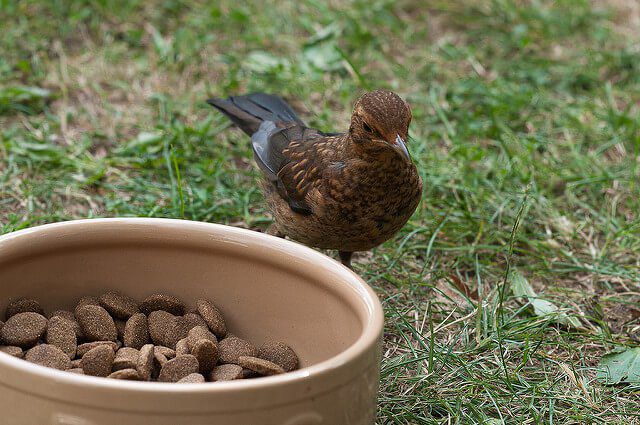 Finally, Danielle said in her post, with the help of a little boy, they were able to pick up the terrified dog. 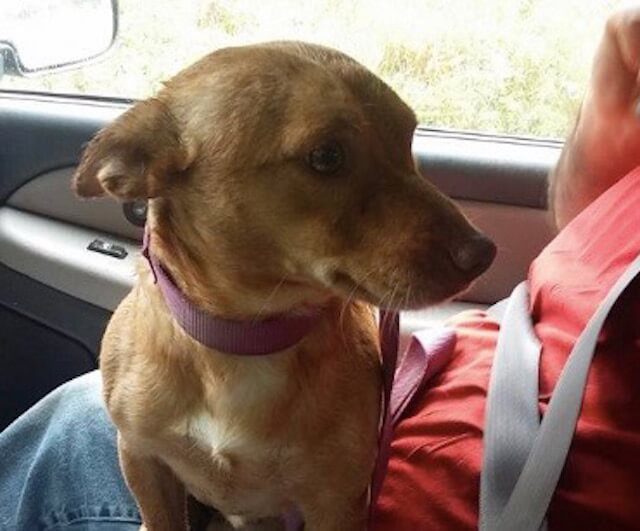 The Coles are taking care of the little dog until a permanent home can be found. Read her complete post below. 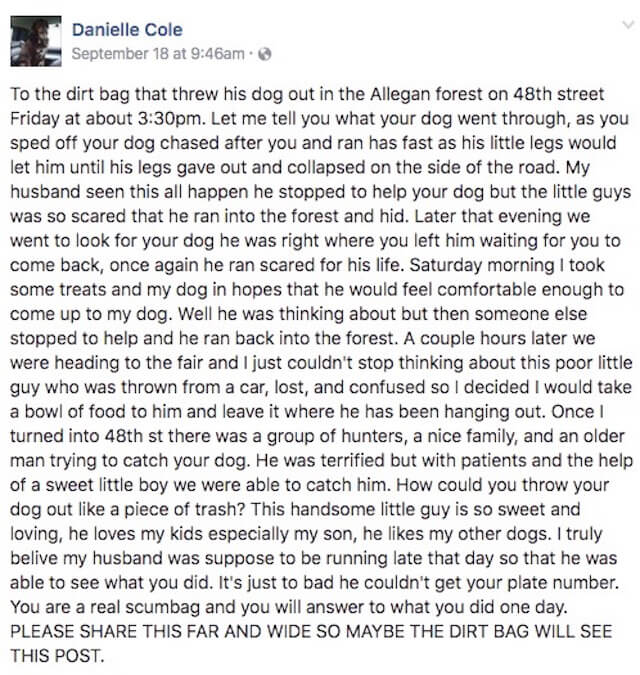 Danielle said the little dog is sweet, loving and handsome and she can’t imagine why anyone would throw him out like a piece of trash.