Home
animals
When Nothing Else Helped His PTSD, This Veteran Was Saved By His Service Dog

One fateful Sunday morning, Jeremiah Church had no idea that his life was about to be changed forever.

After a long workweek, the United States Army veteran was looking forward to grabbing breakfast with his wife Amy at their local diner. However, instead of driving to the diner, Amy took them somewhere that didn’t even serve food: the Coastal Humane Society.

“I was like, what are we doing here?” Jeremiah recalls. “And she was like, just come inside.”

When he walked inside, Jeremiah was greeted by Hagen Blaszyk, one of the founders of K9s on the Front Line.

It turns out that Jeremiah’s wife had been coordinating with Hagen and his team to set Jeremiah up with a service dog. After nearly 11 years in the Army and two deployments in Iraq and Afghanistan, the veteran suffered from PTSD and anxiety every time he left the house. Amy decided to take action to ease her husband’s suffering.

“My wife… she saw that I was hurting, she saw that I was having trouble and [that] I wasn’t necessarily doing anything to help myself, so she started doing some research,” says Jeremiah. “She found K9s on the Front Line. It was all kind of a surprise to me, but a very welcome [one].” 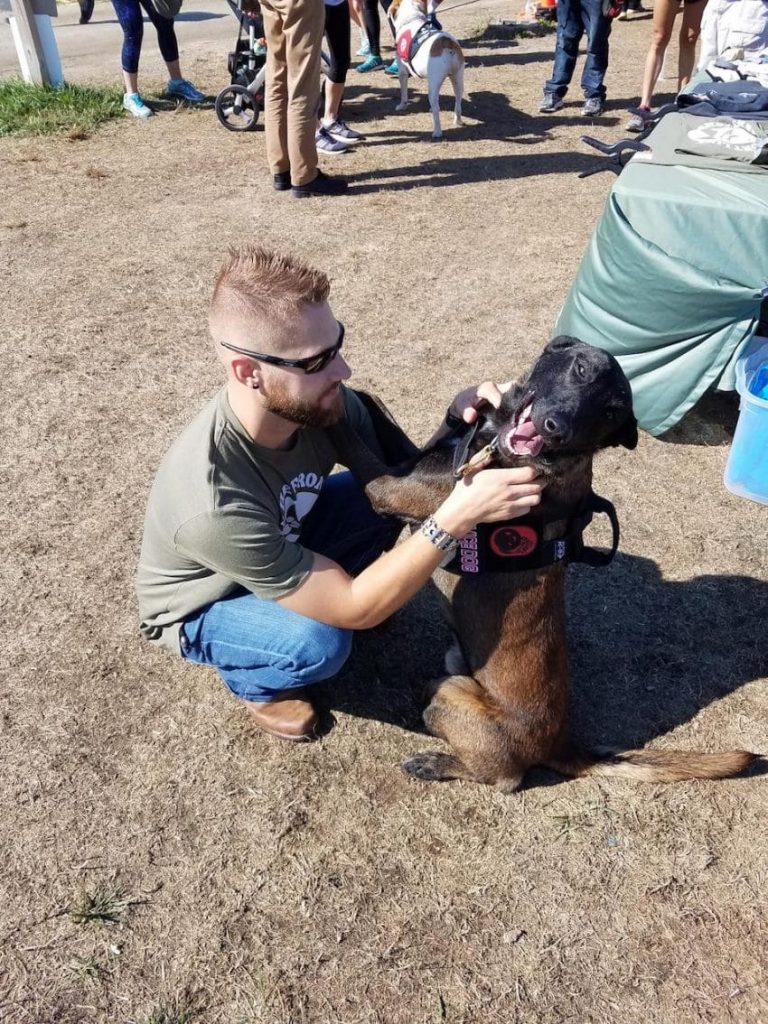 K9s on the Front Line helps veterans like Jeremiah every day by providing them with trained service dogs at no charge. Once the veteran is paired up with a dog, the new duo goes through a rigorous 16-week training program, after which they are ready to take on the world.

While some veterans are able to train their existing dog to become their service dog, the majority of veterans come to K9s on the Front Line and get paired up with a dog from a local shelter.

In Jeremiah’s case, he was paired with a beautiful Belgian Malinois named Q, who dropped out of police training after “they couldn’t get him to bite anybody.” 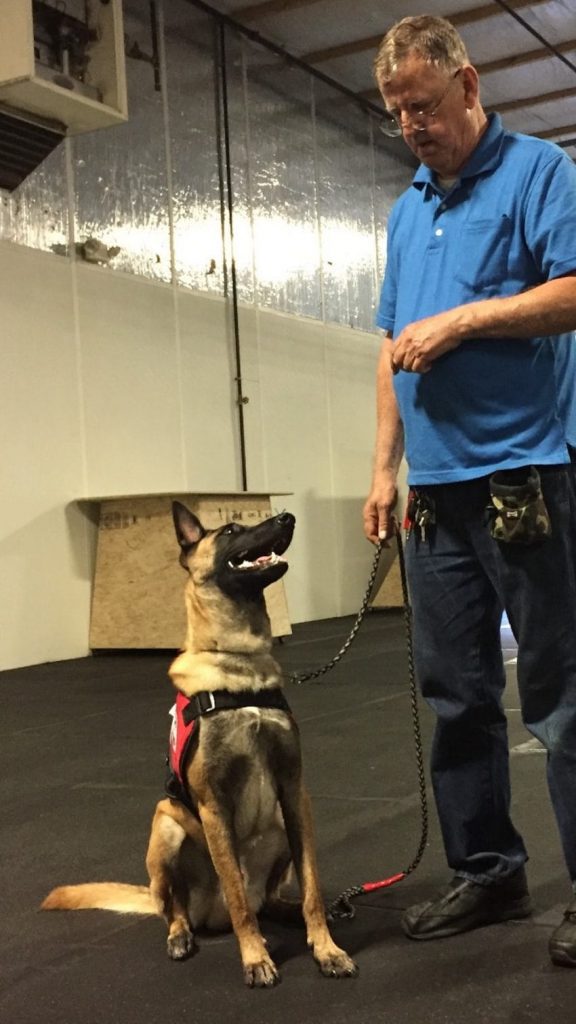 Unfortunately, though, not every dog is eligible to be a service dog. When a local shelter gets a new shipment of dogs, a group of active and retired K9 police officers working with K9s on the Front Line will gauge their “emotional intelligence” and determine whether they’ll make good service dogs.

“All dogs have that ability to really read our minds… [but] some dogs have that capacity much more than others, just like some people can run much faster than other people,” says Hagen. “We handpick these dogs for that enhanced capacity of emotional intelligence.”

According to Hagen, no single dog breed does best as a service dog, but the dogs do need to be big enough to “keep a physical barrier if needed.” What matters is not the breed of the dog, says Hagen, but “the match between veteran and dog.” 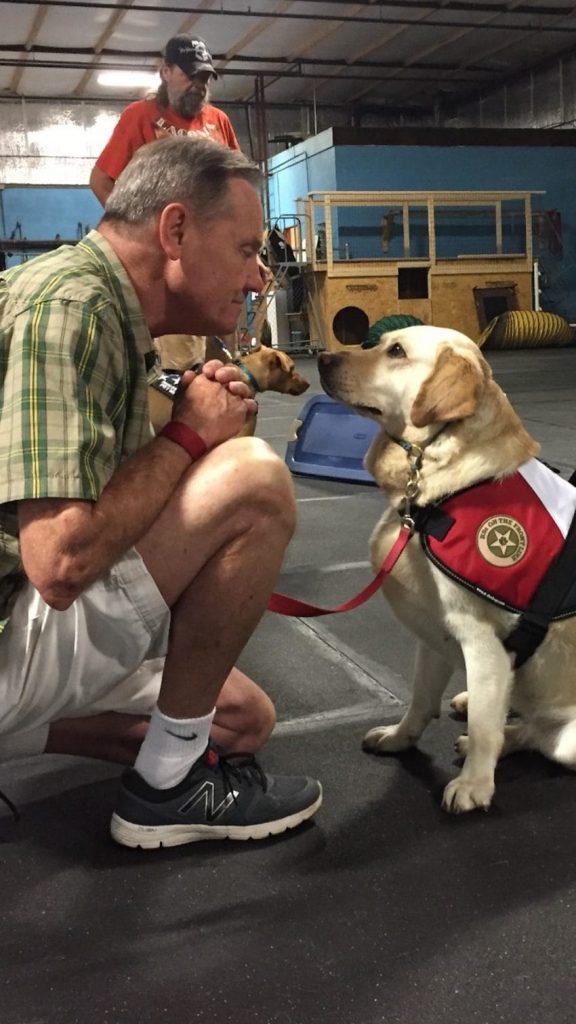 If Jeremiah’s success is any indication, then K9 on the Front Line’s pairing and training methods are certainly working well.

Before he was paired up with his service dog, Jeremiah “couldn’t speak to strangers” and dreaded spending a lot of time in public. Now, he finds himself offering to run errands for his wife.

“Before, if we were gonna go shopping, I dreaded it,” says Jeremiah. “[There was a moment for me when] it was like, holy cow, I want to leave the house, I want to go out in public, I want to go back out and start doing things again.” 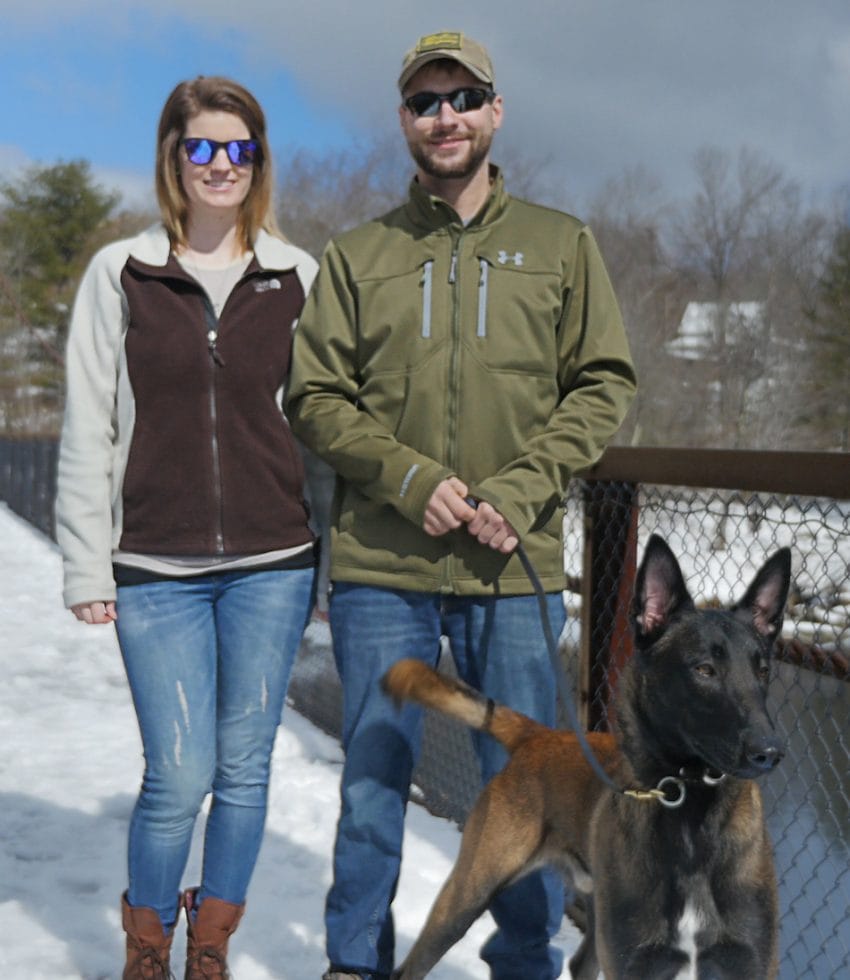 Beyond doing his duties as a service dog, Q helps Jeremiah by forcing him to talk to strangers. People are naturally attracted to Q, and Jeremiah loves talking to those who approach him about constant companion

“People can’t help but be attracted to this animal and that forces me to engage with people in public,” says Jeremiah. “The more I’m talking to people, the easier it is to be out in public and the less anxiety I have. It’s like getting your life back, really.” 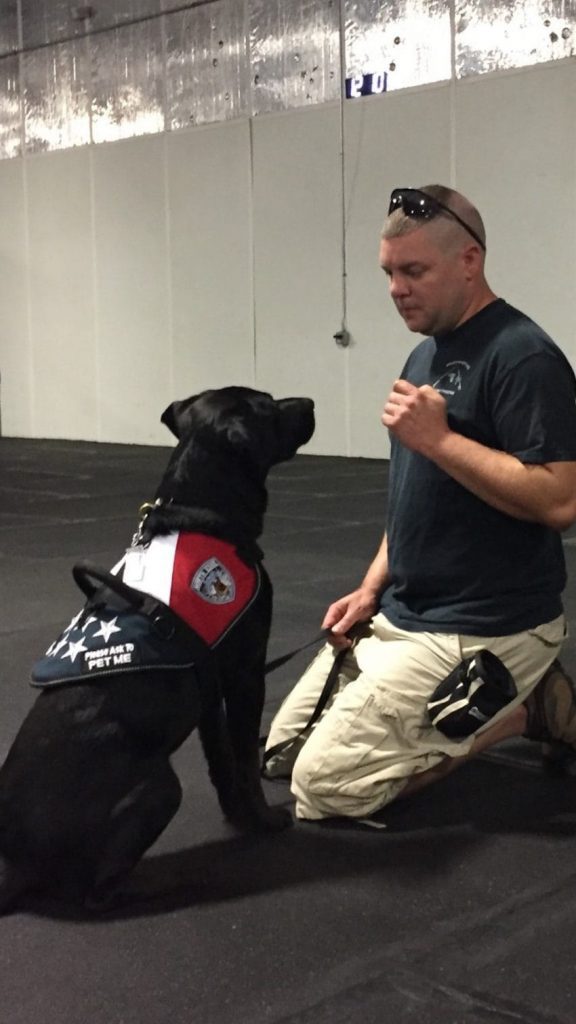 Though he hasn’t been to a training class with Q in over a year, Jeremiah still hangs out with the fellow veterans he met during training.

“It’s been over a year and we’re still talking and hanging out, checking in on each other,” says Jeremiah.

What makes K9s on the Front Line so unique is that it creates what Jeremiah describes as “this little family” for veterans with PTSD. Of course, getting a service dog is the primary goal of the program, but meeting people who understand the struggle of PTSD is an added bonus.

“Everybody’s always poking in and making sure you’re all right,” says Jeremiah. “I gained another family more than I gained friends.” 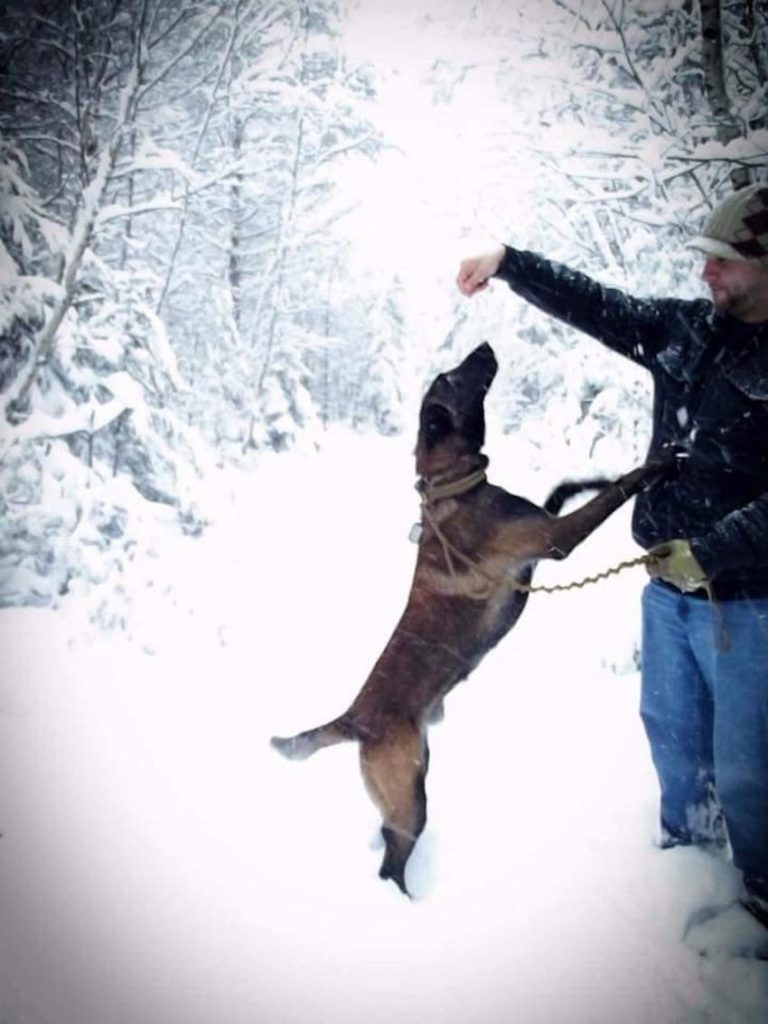