Home
dogs
This Pitbull Is So Vicious

Officer Dan Waskeiwicz of the Baltimore City Police received a call one day when he was on duty stating that there was a “vicious dog” terrorizing a neighborhood and he needed to help. When he got to the scene, people were yelling at the pit bull as it ran around in a frenzy.

I followed the dog into an ally to see how it was acting. Going on my own approach, being a dog lover, I got out of my car and called the “vicious dog” over to me. The dog came over with it’s tail between it’s legs and panting. I grabbed my water bottle and the dog sat down next to me and began licking my pants. I started giving the dog water. I brought the dog over and waited for the pound to show up.

It was then that he decided that he couldn’t bear to see the dog go, knowing it would likely be euthanized. Dan decided instead to take the dog home himself. He jumped in the back seat of the cruiser with the “vicious” canine, and it was clear that he’d made the right decision. 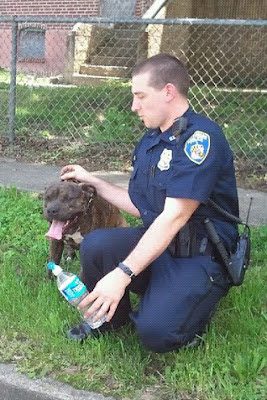 Officer Waskiewicz named the dog Bo and introduced him to his other two dogs. The crew hit it off with no problems. Bo had shown signs of neglect from his previous home, but he made a speedy recovery. 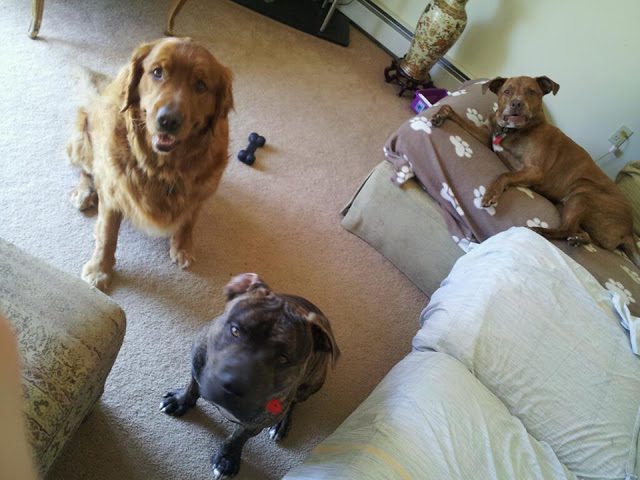 Officer Waskiewicz even got the Certificate of Appreciation from the Baltimore Humane Society for his efforts! 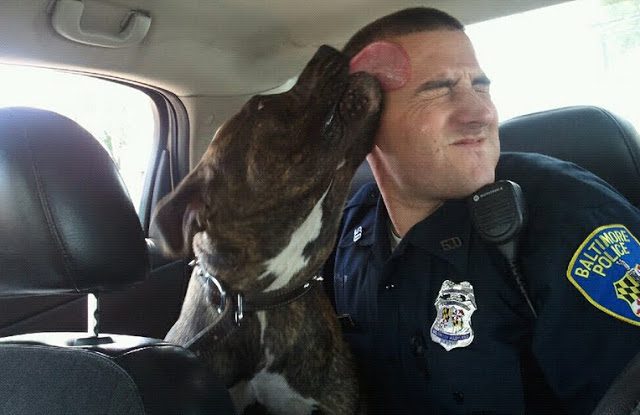