Experts have said that less than a decade from now, almost every seabird on the planet will have plastic in its stomach. Did you know that in the world’s oceans today approximately eight million tons of plastic gets dumped into it? 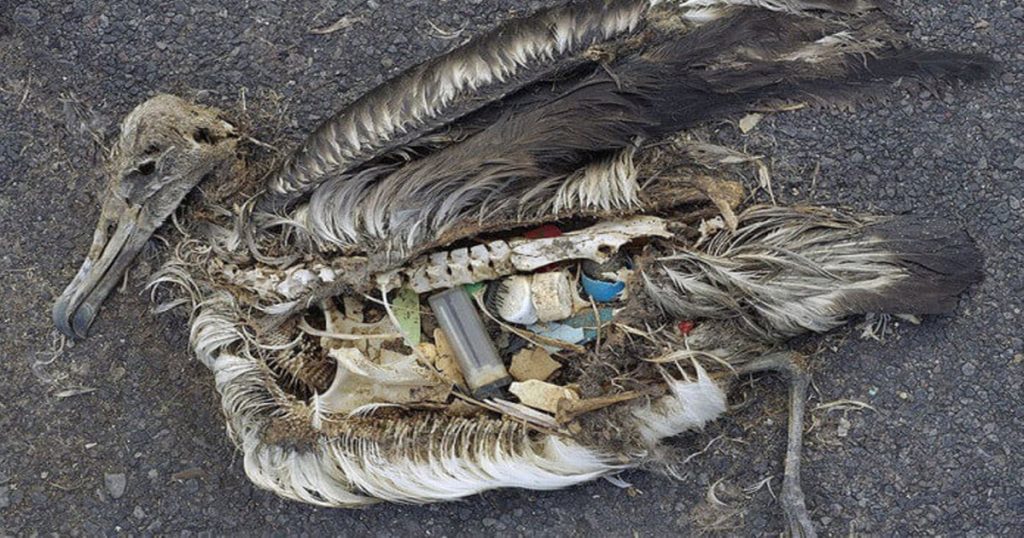 The problem is that people get rid of plastic from their homes and dump them in the oceans, in the homes of birds and fishes. According to scientists, 90% of seabirds living in the world have eaten some or the other form of plastic that gets dumped into the ocean.

The problem is that seabirds can’t tell the difference between plastic and fish, they mistake it for fish and eat it. When humans can’t digest plastic, how can we expect birds to pass it out? What happens then? As a result they die from it.

According to historical reports, back in the 60’s only 5% of birds would have eaten plastic, but by 2050, 99% of our seabirds will have their tummies filled with plastic. According to reports, the areas where more seabirds may be exposed to plastic are Southern Ocean, near Australia, South Africa and South America.

What does this tell you? We have to be very careful where we dump plastic because we might be happy its out of our house, but we’re literally harming other beings. If a seabird eats plastic because it thought it was a fish, who’s fault is it?

Not the bird’s fault, because apparently it is the humans who are evolved and literate beings. Let’s be responsible because nobody would like it if their house was plastic garbage. Let’s save other species and keep them happy. Don’t forget to share this important message with your friends.