No one thought that Murray would survive.

In 2013, rescuers found Murray and his three Weimaraner siblings on Dead Dog Beach, an infamous beach in Puerto Rico where people dump their unwanted dogs. But after being rescued, Murray and his siblings, who were only about 12 weeks old, started showing signs of distemper — a deadly virus that attacks a dog’s nervous system. 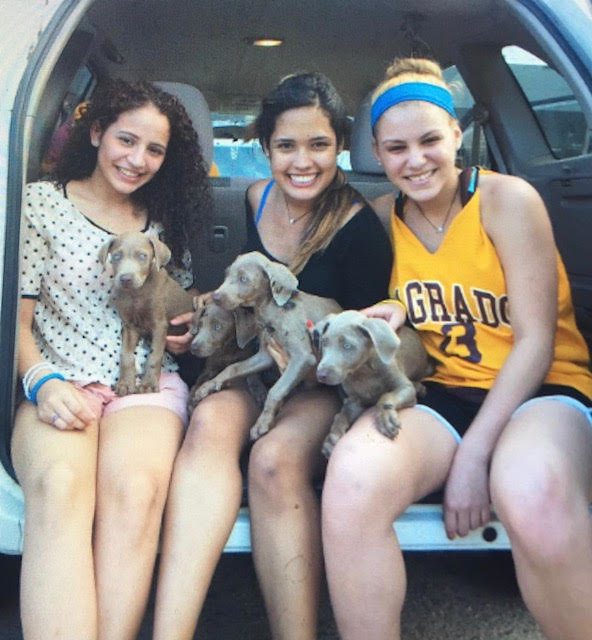 “I was holding him on the exam table and stroking him, and I was feeling a click in his jaw — that’s one of the signs of distemper,” Christina Beckles, founder, and president of The Sato Project, a group that saves stray dogs in Puerto Rico, said. “There’s no treatment at that point. A dog can then start to have seizures, and they can start to get brain damage.”

Beckles and the vet made the difficult decision to put Murray down, which they thought would be the kindest thing to do. But when the time came, the vet changed her mind. 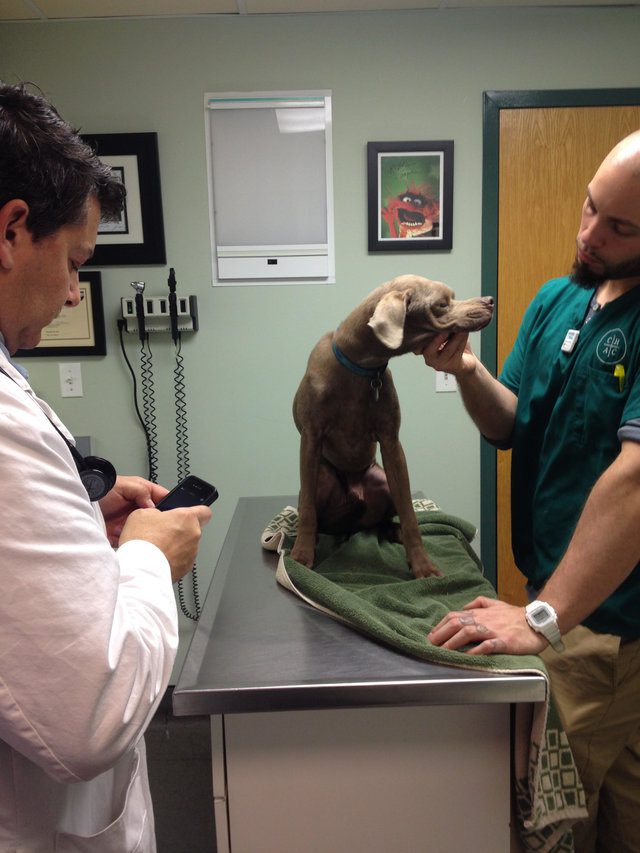 “She took him to the table and he wagged his tail … and she couldn’t do it,” Beckles said.

Yet Murray only had a very slim chance of surviving — one of his sisters had already passed away from the disease.

When puppies get distemper, 80 percent of them don’t make it, according to Cathy Meeks, a board-certified veterinarian at BluePearl Veterinary Hospital in Tampa, Florida. The best way to prevent distemper is vaccination. But having been a stray, Murray and his siblings hadn’t gotten any vaccinations. 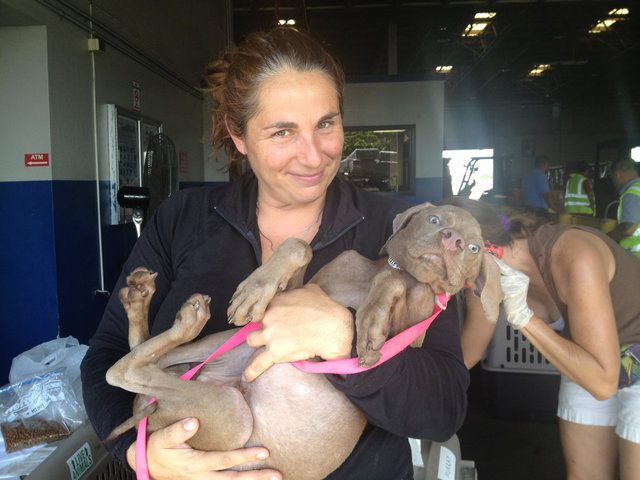 Yet to everyone’s amazement, Murray got better with treatment, although he has some ongoing health problems, including mild seizures. The distemper also made his head grow in an oddly-shaped way.

“Originally, his face was pretty symmetrical, and now … it’s kind of crooked,” Mackenzie Gallant, the woman who ended up adopting Murray, told The Dodo. “Now his skull is pretty flat on his head.” 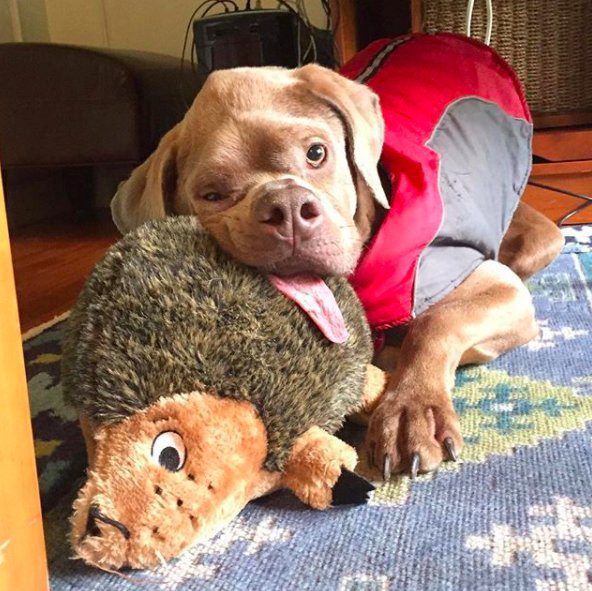 Murray’s teeth also rotted and most of them had to be removed, which caused his tongue to start hanging out of his mouth. 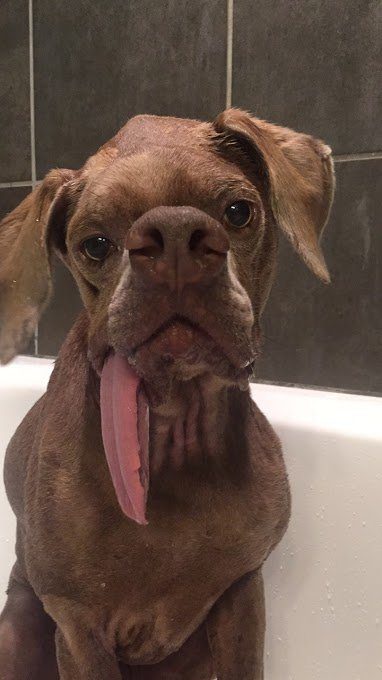 But none of these things mattered to Gallant and her family, which includes her mother Kristina, her dad Dennis, her two younger brothers, Wesley and Eli, their other rescue dogs, Pili and Fox, and their cat Daphne. In November 2013, they started fostering Murray, and they officially adopted him just before Christmas the following month. “He’s my favorite dog,” Gallant said. “I love him. He actually sleeps in my room every night.” 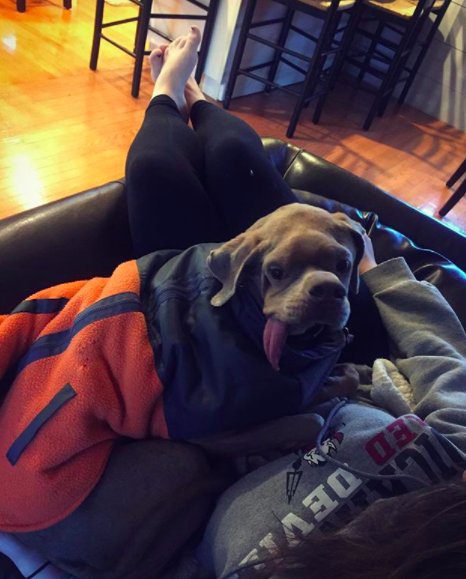 In 2016, Gallant left home to start college — but she still makes sure to stay in touch with Murray whenever she can. “It was hard to leave all of my animals … but Murray is special,” Gallant said. Gallant regularly FaceTimes with Murray, and Murray still sleeps in her bedroom. “Even when I’m at school, he still gets tucked into my room — he still has a pillow and a blanket,” Gallant said. “And he knows the words. You’ll say, ‘Murray, it’s time for bed,’ and he’ll run up there to my room.” When Gallant is home, she spends as much time with Murray as possible. One of the things she likes to do is take Murray, Pili, and Fox out for long walks. “He absolutely loves going for walks,” Gallant said. “That’s the highlight for all three of our dogs. We say, ‘You guys want to go for a walk?’ And they all come running. One of my dogs will start howling, and Murray will start howling.” “Kristina [Mackenzie’s mom] and her family have been incredible, right from the get-go,” Beckles said. “I could not have wanted a better home for him.”