When Valentino the kitten was rescued from the streets of Los Angeles, he couldn’t even open his eyes and he sat in a cage crying. 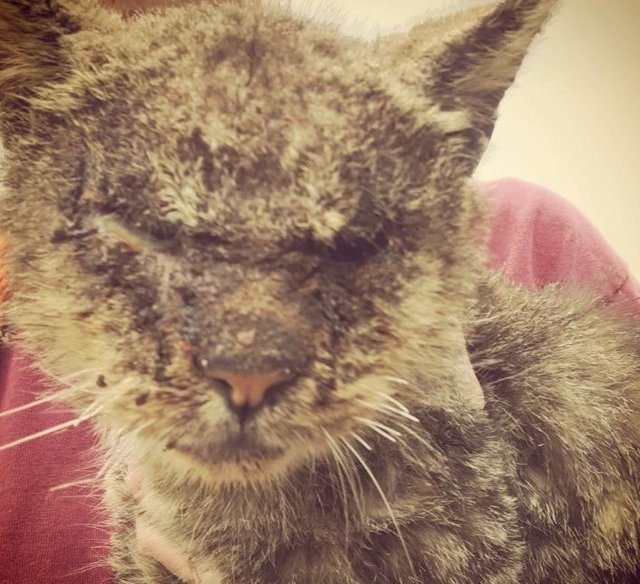 Valentino had a terrible case of sarcoptic mange and his eyes were swollen and sealed shut. He was taken to the Los Angeles animal shelter when finally, someone heard his cries for help. 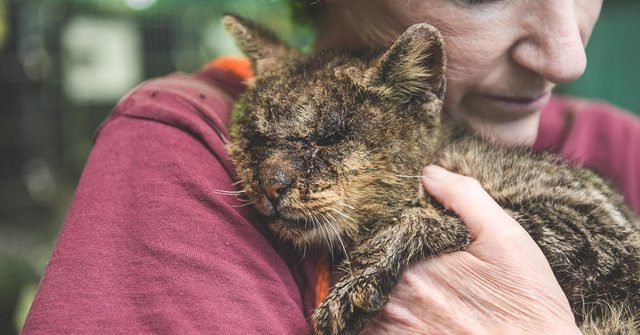 “He reached out with his little paw and made the tiniest meow,” Elaine Seamans, founder of the At-Choo Foundation said. “It was like he was screaming without verbalizing it: ‘Please help me.’”

Sarcoptic mange can be transmitted to human beings, Seamans picked up Valentino to comfort him. That’s when her act of kindness made Valentino’s story go viral.

“When I picked him up, he put his little head on my shoulder,” Seamans said. “That was it. I had to get him out.” 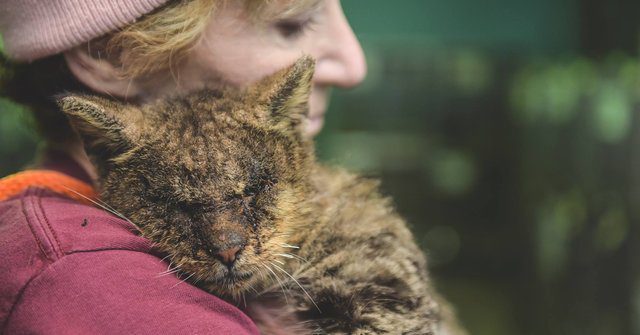 Seamans contacted Toby Wisneski, founder of Leave No Paws Behind, who agreed to take Valentino in and try to find him a home once he was recovered.

“There are times when it’s not an option to keep walking,” Seamans said. “You just have to stop. This was one of those times.” 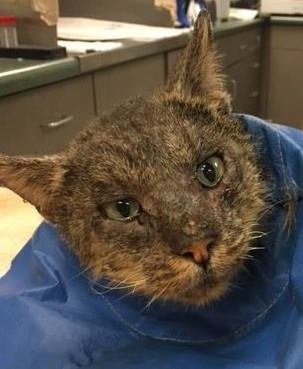 Valentino proved to be a little fighter and received treatment for his illness and soon opened his eyes again. 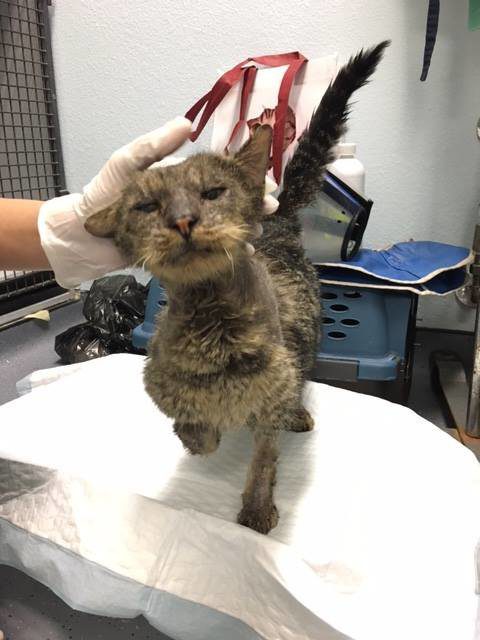 He looked around and discovered he was surrounded by people who were determined to give him the happy ending he deserved. 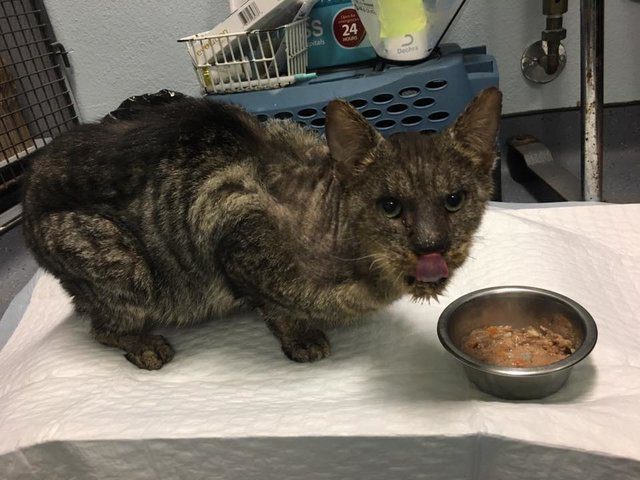 Once Valentino was well enough to try living in a foster home, Los Angeles resident Tania Menjivar had seen a video of Valentino on the Facebook page for Leave No Paws Behind and she was hooked.

“When I saw Valentino crying in his cage in the video, I was like, I need to foster this cat,” Menjivar said. 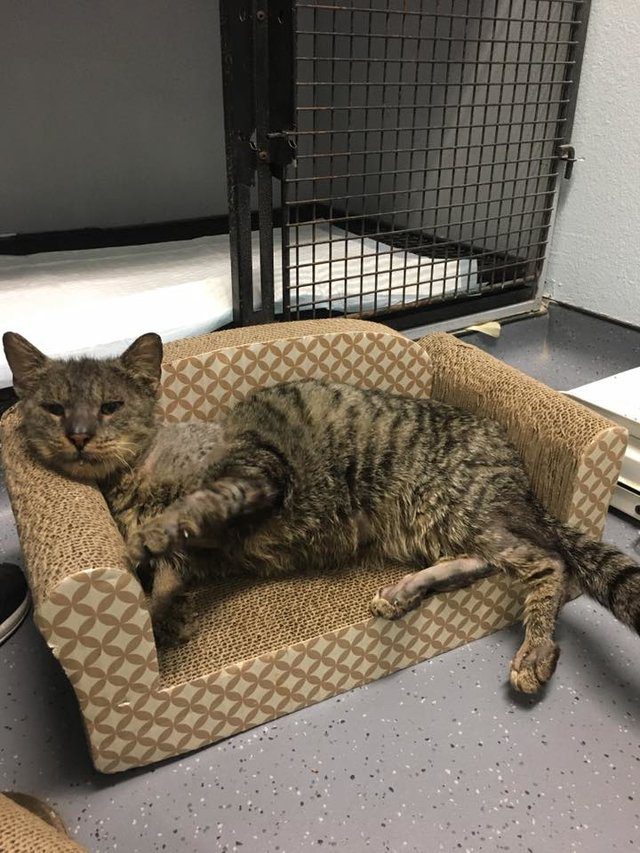 Menjivar, strangely enough, had never been a cat person, she’d always preferred dogs. But a few years before, she had found a senior cat in the middle of the street who was in such bad shape veterinarians said she had mere weeks left to live. The cat, who she named Kitty, ended up living for five years under Menjivar’s care.

Kitty had passed away a year before Menjivar saw the video clip of Valentino crying, and that’s when she felt a similar urgency to help.

Menjivar adopted Valentino at the end of March last year and the rest, as they say, is history. 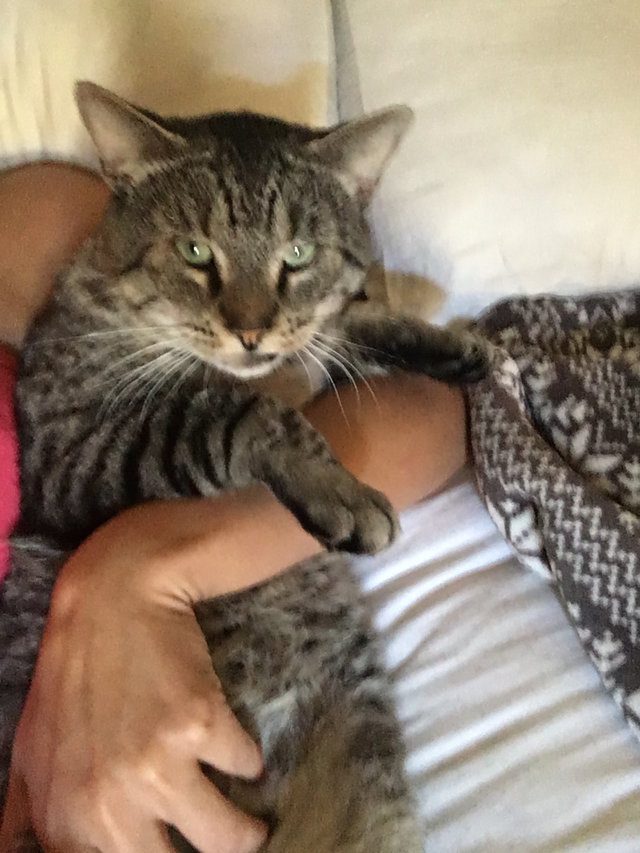 “Valentino is doing AMAZING today,” Frank Wisneski, VP of operations for Leave No Paws Behind, who recently visited Valentino for a photo shoot for his rescue anniversary. 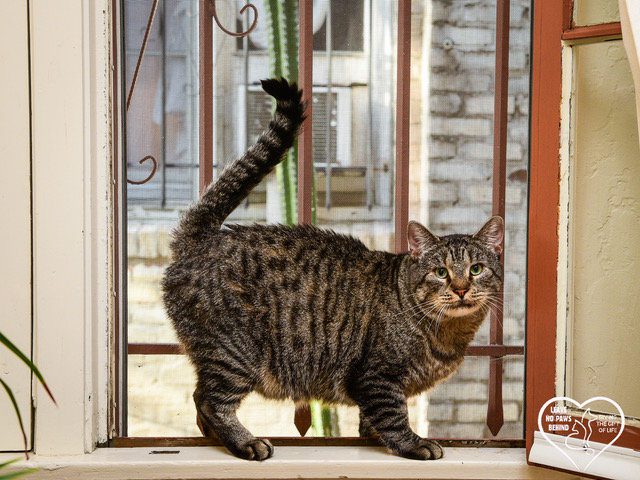 Menjivar said that Valentino, who is estimated to be about 3 years old, is not afraid of anything.

He has met dogs belonging to Menjivar’s friends and walks right up to them. He loves his perch on the windowsill and rolling around on the stoop of his forever home as Menjivar supervises (he’s an indoor cat).

“He’s spoiled rotten, and a little chubby,” Menjivar said, adding he’s quite the foodie. “He wakes me up at 6 in the morning for food — we snuggle for about a half hour and then I feed him … He loves it.” 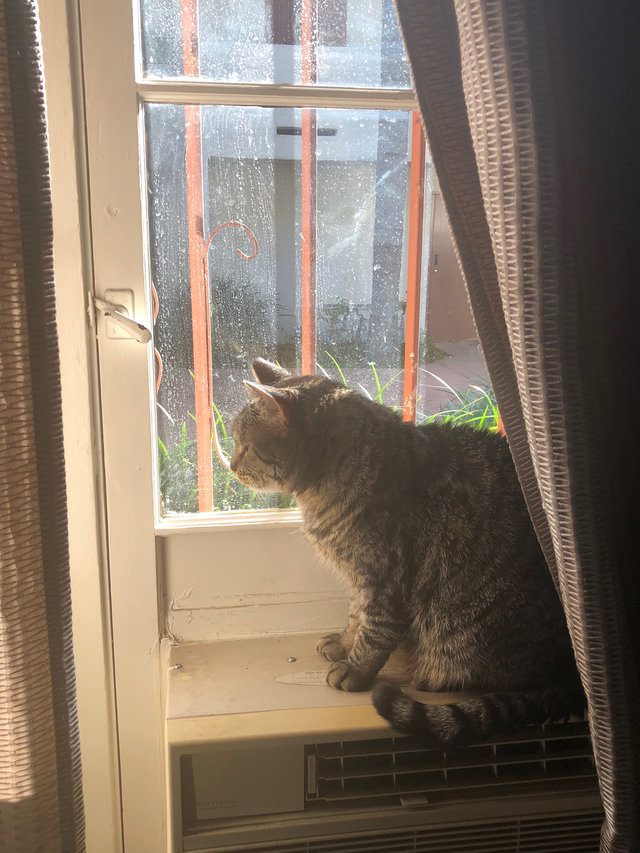 Valentino went from a cat crying in his cage to the king of his forever home with a long, happy life ahead of him. 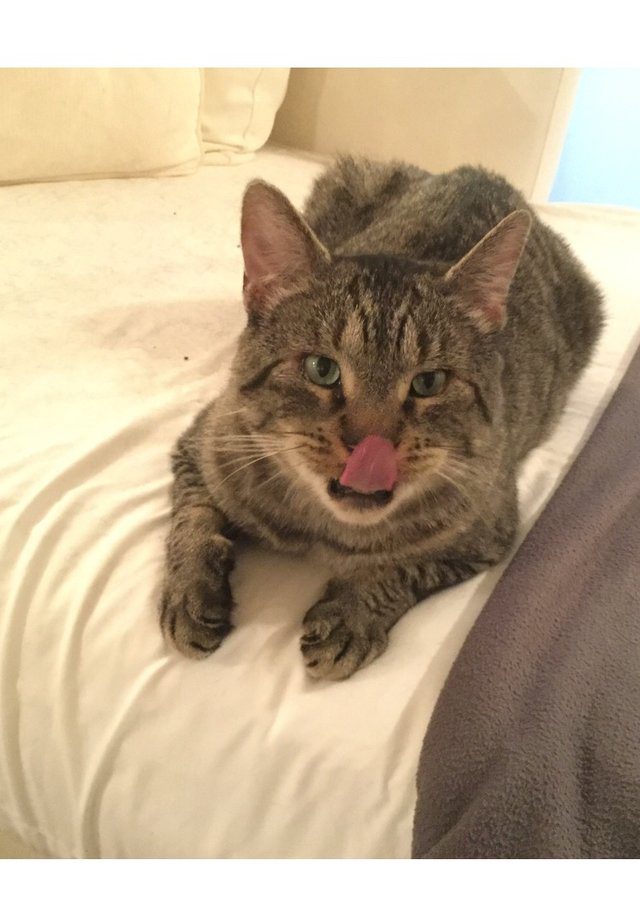