Wayne Rowley, a truck driver for a timber company in British Columbia, Canada, was driving down the highway when he spotted something strange sticking out of a deep snowbank along the roadside. He decided to stop to see what that was. 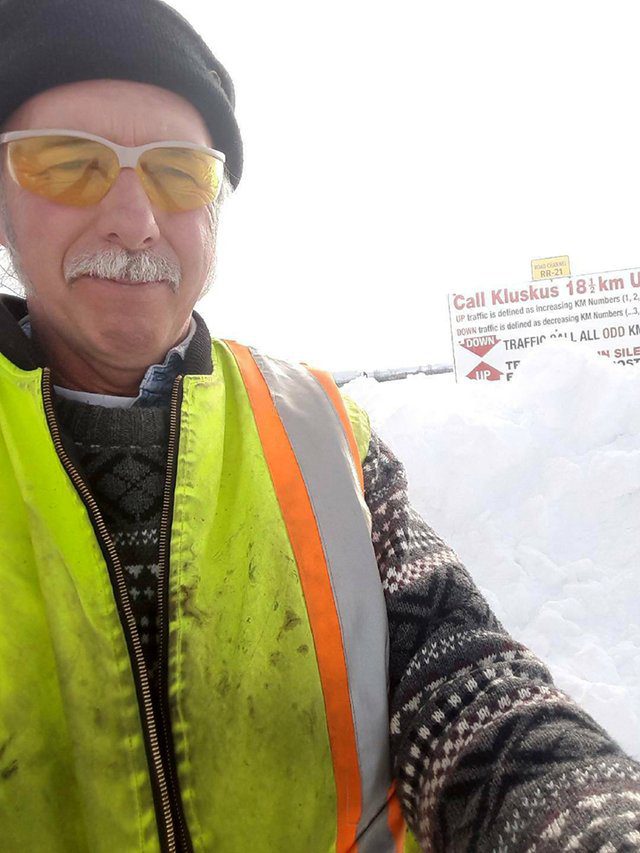 “I wasn’t quite sure what it was,” Rowley said. “I thought, ‘I’d better back up and check what that was.’”

It’s a good thing that he did because what Rowley had spotted were the legs of an animal trapped in the thick snow. 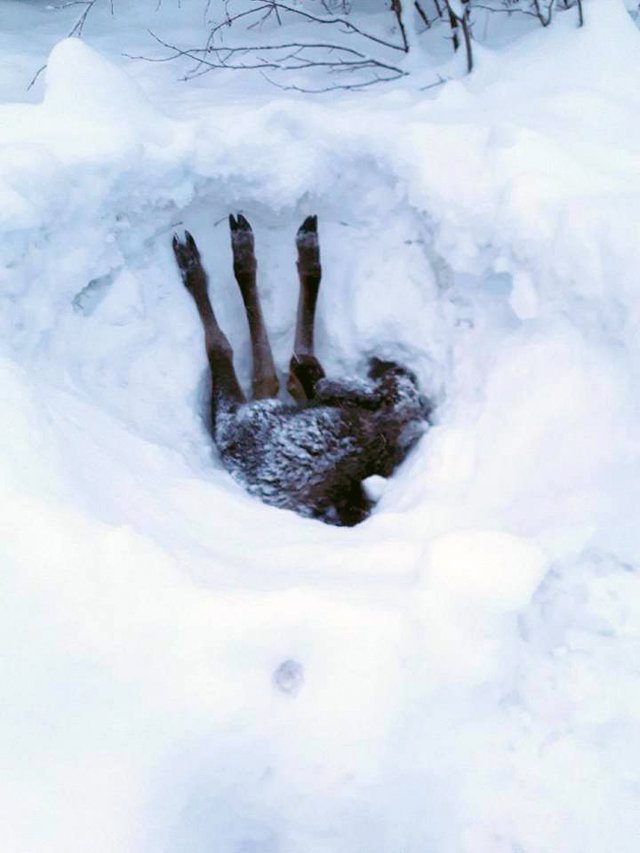 The animal had little chance of surviving in that state. Sure enough:

“It was this little moose calf upside down,” Rowley said. “I went down to see if it was still alive — and he looked up at me!”

Realizing he was still alive, Rowley did everything he could to help.

“I couldn’t leave him,” he said. “I knew I had to do whatever I could to get him out and back on his feet.”

Rowley grabbed a small shovel from his truck and began digging the animal out. 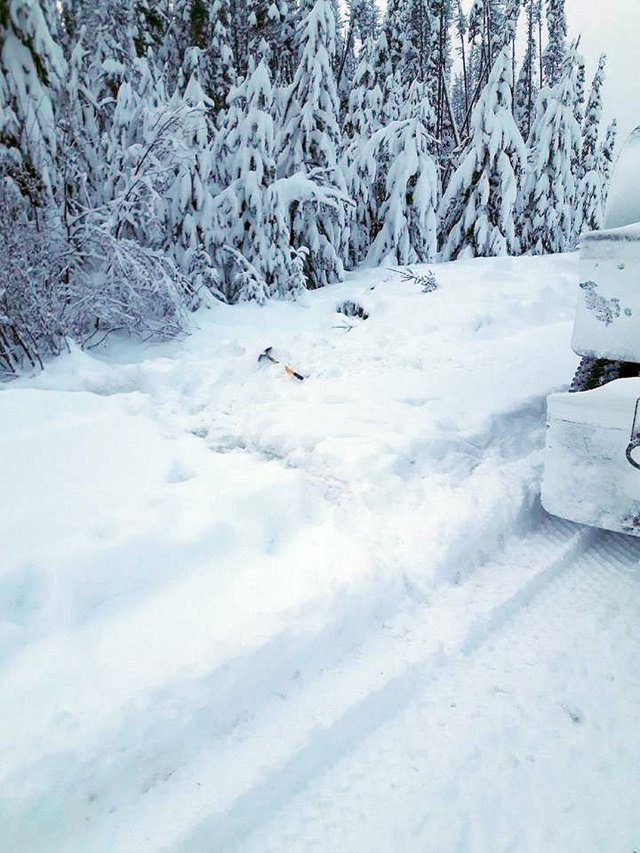 “I dug a hole right beside him so he could roll over and get back up on his feet. He was straight upside down with his feet up in the air, and the more he moved the deeper he went,” Rowley said. “The snow was 6 feet deep, so it took a while! But I think the moose knew what I was doing.”

After thirty minutes, Rowley’s efforts paid off. He radioed a colleague for help, and the two men were able to get the moose upright using a rope.

“He stood up and looked at me,” Rowley said. “Then he climbed the trail I’d made up to the road and away he went.” 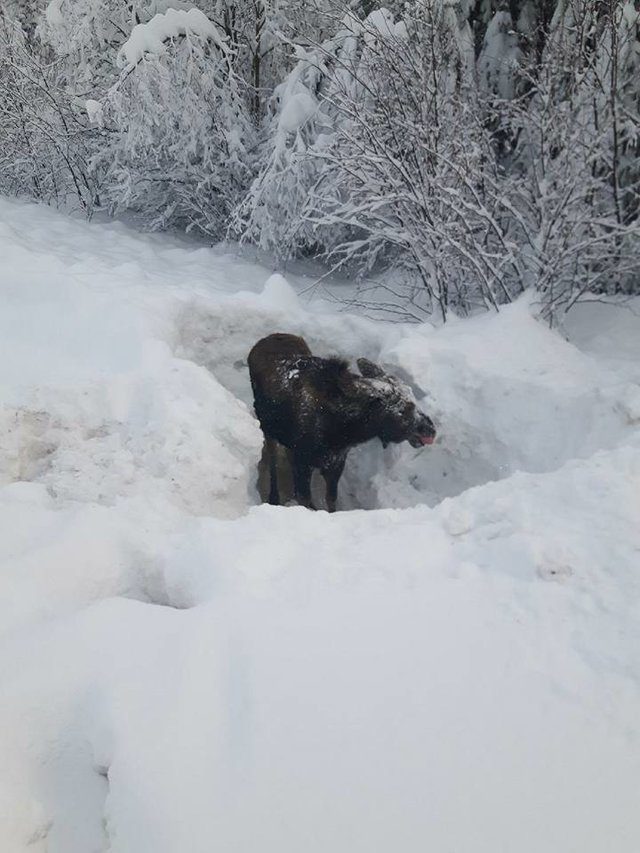 Rowley jumped back into his truck and continued on his way.

“I didn’t see the calf’s mother, but I think he must have hooked back up with her,” Rowley said.

If Rowley had not decided to check on the unusual sight, things could have ended much differently for the poor little moose.

He shies away from being labeled a hero: