When Bianca Merrick an Australia native, was driving home from work when she looked at the roof of her car and saw the largest spider she had ever seen in her life. 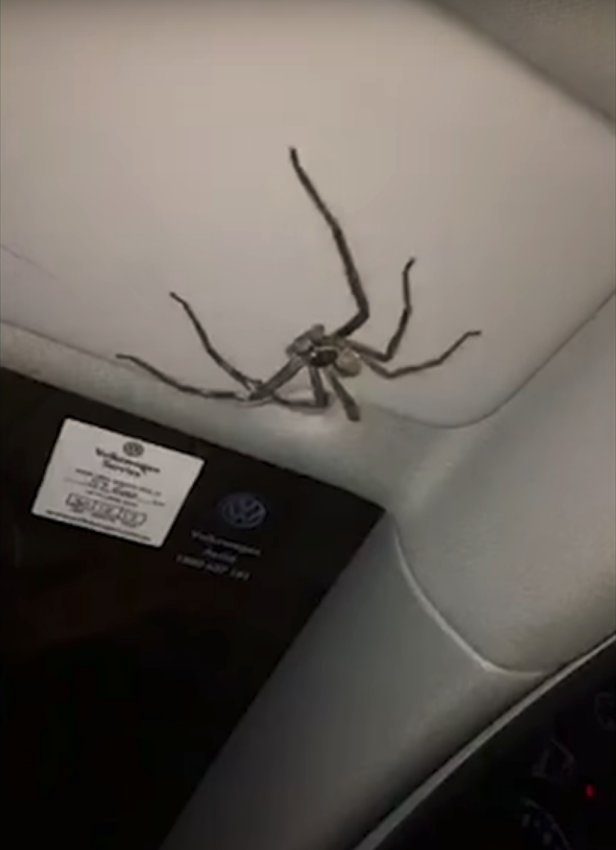 The very large arachnid is reportedly a huntsman spider, who are pretty friendly and harmless. The spider managed to get inside Merrick’s car where he then made his presence known while she drove down the freeway.

“I was on my way home from work when I looked up and saw it staring at me,” Merrick said.

“I considered stopping but I didn’t know how I’d get it out of the car so I thought the best option for me was to keep driving and pretend it wasn’t there for the longest 20 minutes of my life.”

Once Merrick arrived home, she got out, locked the car and went to sleep, preferring to “pretend that it never happened.” Sure enough, that cool-headed approach paid off and the next morning, the creature had evidently moved on. Upon checking the vehicle, Merrick said, “there was no spider to be found.”