In 2013, Georgia Obenaus, CEO, and founder of Go Rescue Pet Adoption Center in Virginia Beach came across a homeless pit bull named Marco. It was clear Marco had been through hell and back. He had no hair, open sores, and a skin infection. He also had a bone where his tail was supposed to be.

No, Marco wasn’t exactly adaptable, but she took him in any way. And she made it her mission to find him a forever home.

With the help of the community, Go Rescue Pet Adoption Center collected the money they needed to pay for Marco’s eye surgery. People all over the country contributed to his funds. In November 2015, Marco was finally rid of his cataracts, and for the first time ever, he could see the world around him.

Georgia was sure this was exactly what Marco needed to make him a more “desirable pet” — but the perfect parents never came along.

Scroll down to find out what happened next. Trust me, you’ll be glad you did… 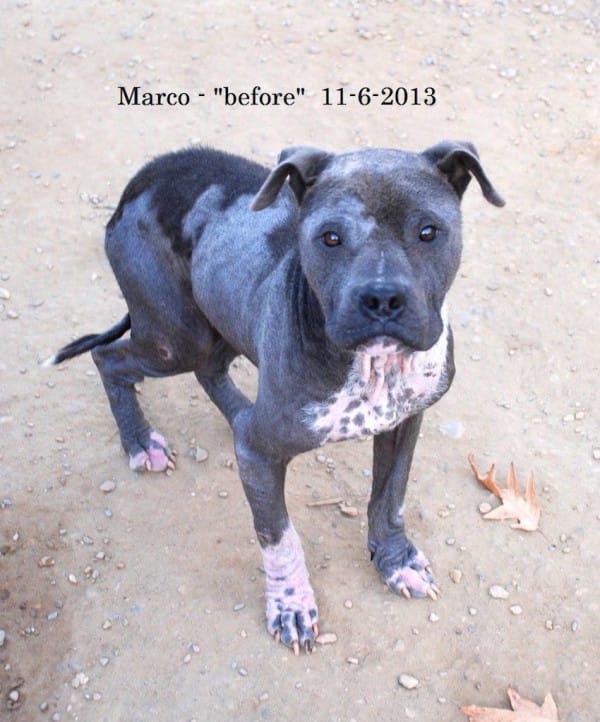 Three years ago, Marco, the pit bull was a battered and homeless dog. He had no hair, open sores, and a skin infection.

But the moment animal hero Georgia Obenaus saw him, she fell in love. 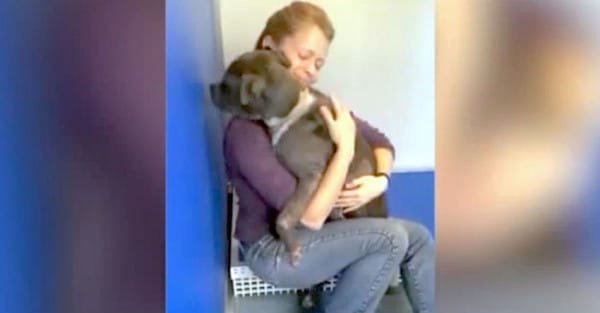 Georgia was surprised to discover that Marco was also blind.

Not only is Marco a “bully breed,” but as the CEO of Go Rescue Pet Adoption Center, she knew that having no eyesight would make Marco even less adoptable. 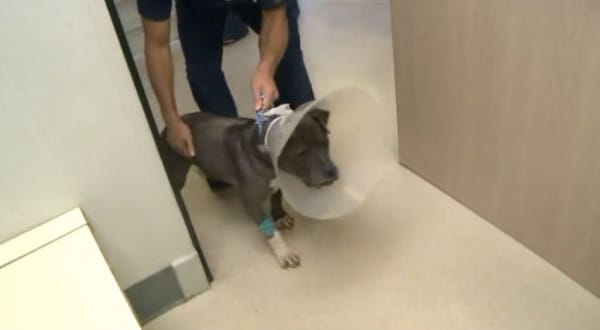 Thanks to the kind donations from people across the country, Marco recently underwent life-changing eye surgery. 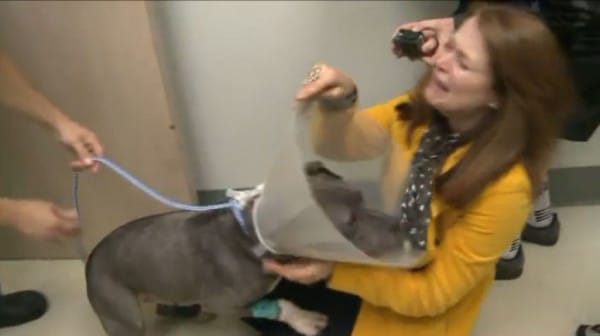 Georgia broke down in tears when he ran into her arms, able to see for the first time ever. 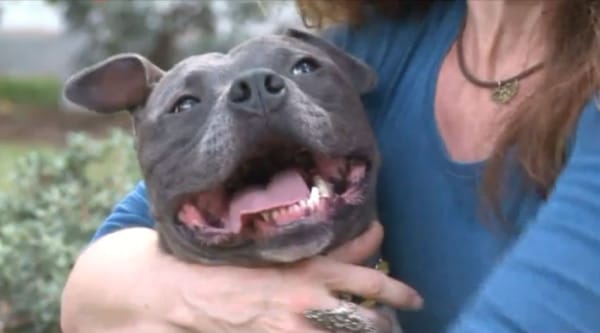 Now that Marco could see, Georgia figured applications to adopt him would come pouring in.

But the perfect parent(s) never came along. 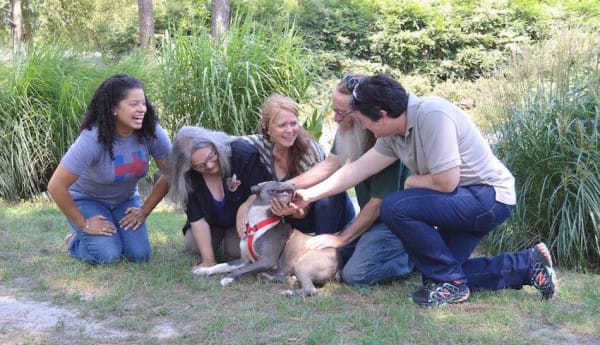 …Georgia’s wish finally came true, and she was about to say her bittersweet goodbye.

Ashley and Sara McGinley had donated to Marco’s medical funds and followed his story since the beginning.

After Marco’s surgery, the married couple also figured that he had been adopted. When they found out he was still looking for a family, however, they were elated. 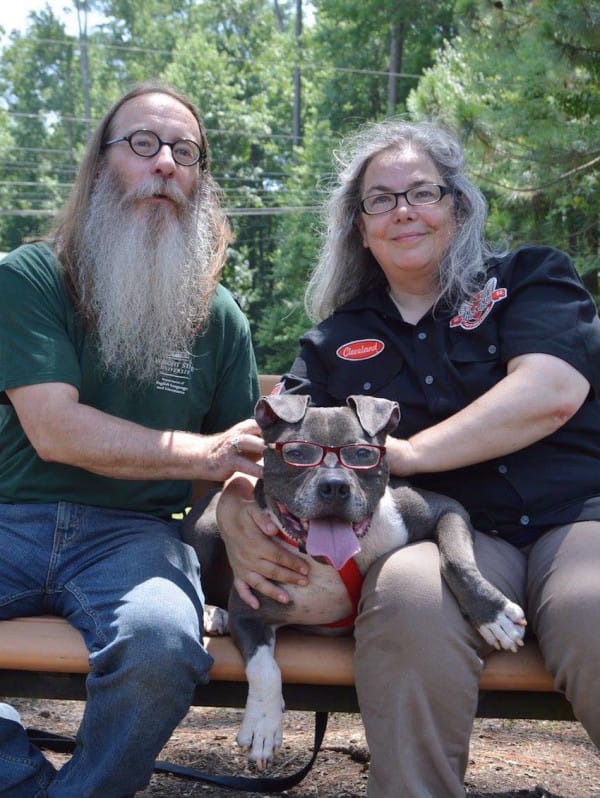 Ashley and Sarah are looking forward to the many happy years to come.