There’s no doubt that this sweet pup named Zion adores his owners, Blake Sjerven and his wife Alex — but there is another someone who holds a particularly special place in his heart. 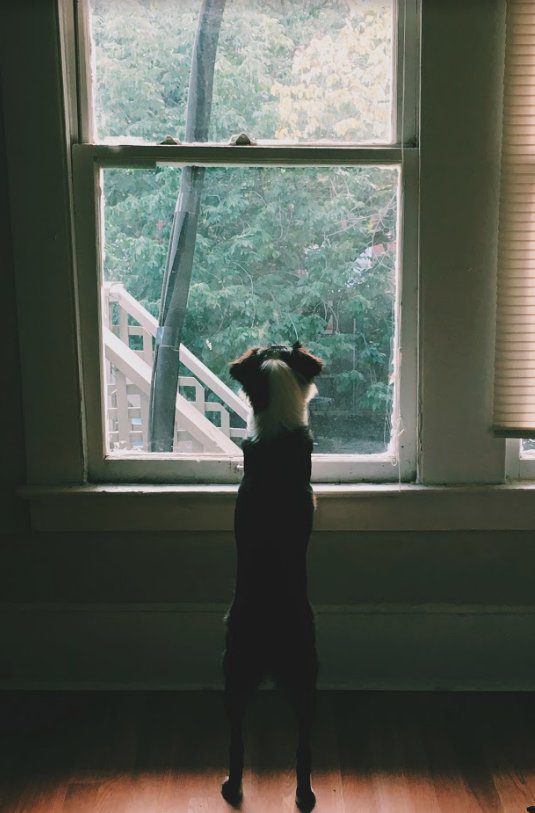 Outside the Sjervens’ apartment, there’s a sizable back area where Zion likes to run and play — and he’s not the only one. Shortly after moving into the place, Zion met another dog there named Mo, a black Lab who belongs to one of their neighbors.

Zion and Mo hit it off immediately, and would always be delighted to see one another when both happened to be out for a romp.

But those chance encounters were apparently not frequent enough to satisfy the bond between these two friends. 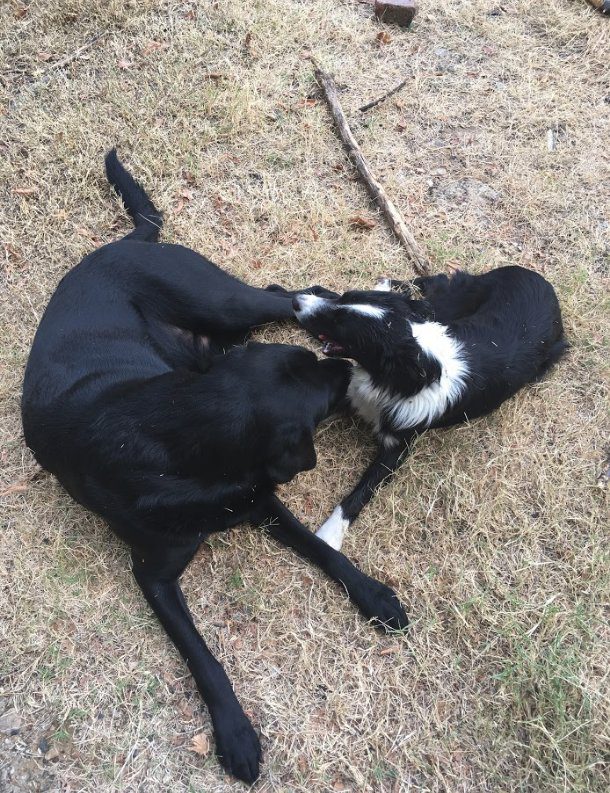 One day, Blake and his wife were at home when they heard a strange scratching noise at their back door. They hadn’t been expecting any guests and were naturally a bit confused by the unconventional knock. Turns out, it wasn’t for them.

“We peeked out the window and saw Mo sitting outside our door!” Blake explained. “We couldn’t stop laughing and opened the door. Moran in and then they both ran outside to play.”

Since that first surprise visit, Mo has made a habit of dropping by to ask if Zion can come play when his owner lets him outside. He’ll come by now at least once a week — and a video of the sweet scene shows, it’s never stopped being adorable.

Zion and Mo will then proceed to run around together while Blake or his wife supervise. After tuckering out, the two dogs usually find a stick and settle in to gnaw on it together.

“It is such a sweet thing and it makes my wife and I so happy,” Blake said. “I have never seen a dog so excited to see another dog day in and out.”