In the city of Joso, north of Tokyo, Japan, a flash flood emerged in September 2015, severely destroying everything in its path.

Approximately 90,000 people were evacuated, while others waited their turn. Some of them were dangerously stranded on rooftops as the raging waters continued to snake throughout the city. They had to hold on to hope because, with floods, there’s always a risk. 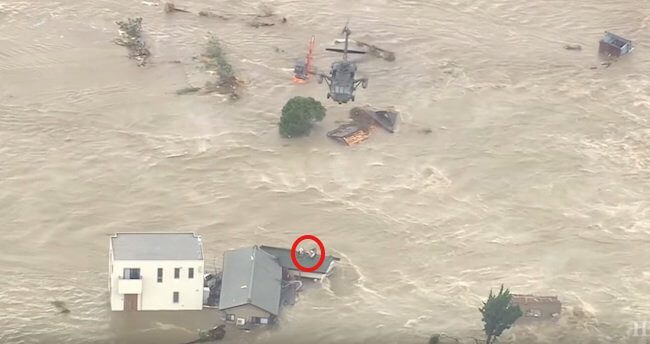 In order to save those stranded on rooftops, helicopter rescue teams were deployed. To their surprise, one family was holding tight to their pups – two Shiba Inus! 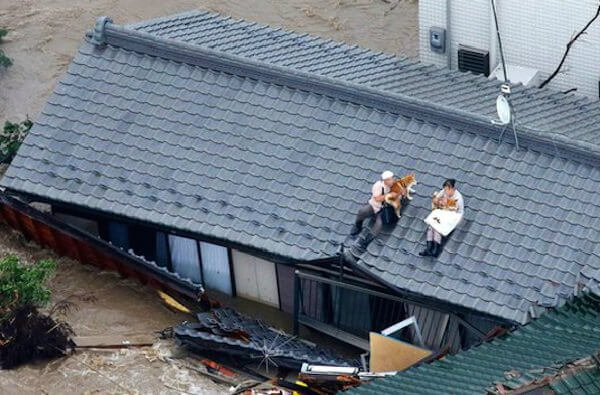 Once help arrived, the family and their beloved fur babies were airlifted to safety. What we’ve come to know is that entire homes were swept away after the Kinugawa River’s bank burst. In fact, during that period of time, the region faced more than twice the amount of monthly rainfall in a day.