Oscar has always loved being in the middle of everything since he joined his family when he was just a puppy. He needs to know exactly what’s going on and loves being involved in anything that’s happening. 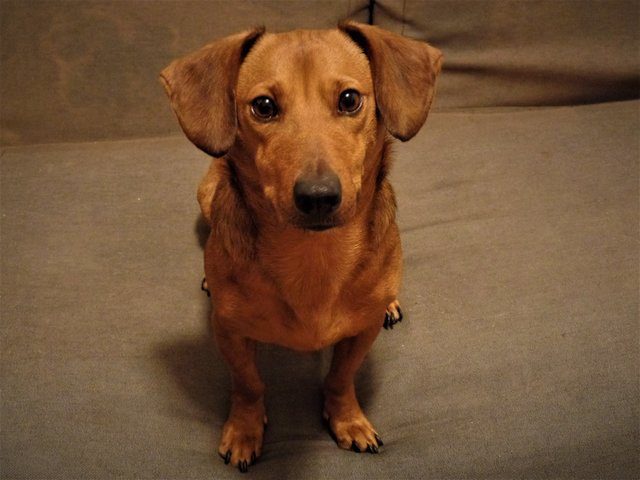 “He is incredibly loving and cuddly, like no dog I’ve ever seen,” Tyler Weathers, Oscar’s dad said. “Even though he’s small, he’s always the first to investigate any odd noises and tries to solve the problem.” 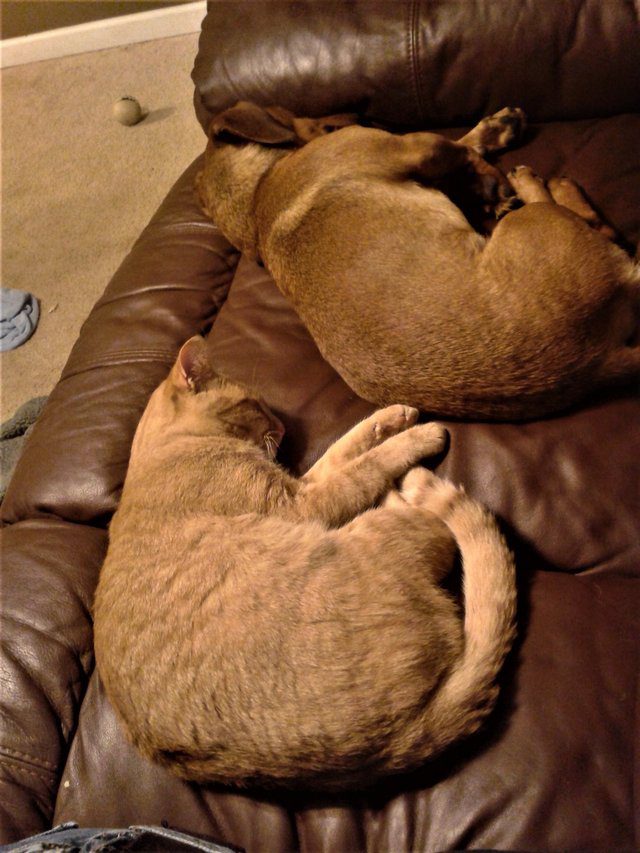 Oscar is so easygoing, his dad decided to take him to his office one day but came across a bit of a dilemma.

“Oscar is extremely social and intelligent so after a few minutes of being at my office he realized that people could be coming in and out of any of the doors,” Weathers said. “I made him several beds around the office but he was so concerned about making sure he could see everyone and not miss out on getting some cuddles and making new friends that he just laid in between the doorway.”

Oscar refused to lay down anywhere else in the office for fear of missing out! Oscar is so stubborn, he laid on the hard floor just so he could see everyone and everything around him. That’s when his dad decided to help him out. 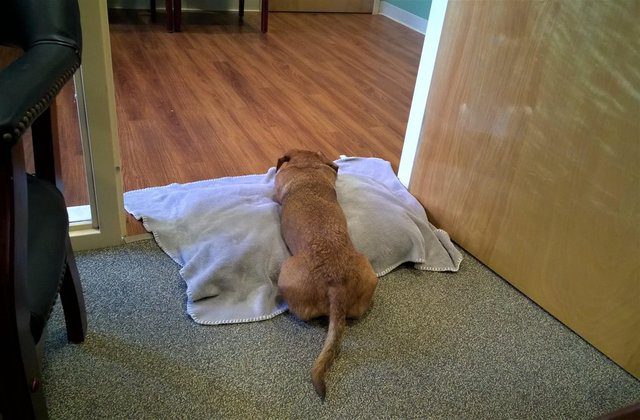 “I finally decided to move his bed in between the doorway to make him more comfortable,” Weathers said. “He was going to lay there no matter what. He absolutely loves meeting new people and every noise he heard while he was laying there would make him perk up and look for new friends. That’s why we try to bring him everywhere we can.”

Oscar loved his new bed in the center of everything and used it as his home base while he was in his dad’s office. He loves people so much, he never wants to miss an opportunity to make a new friend. 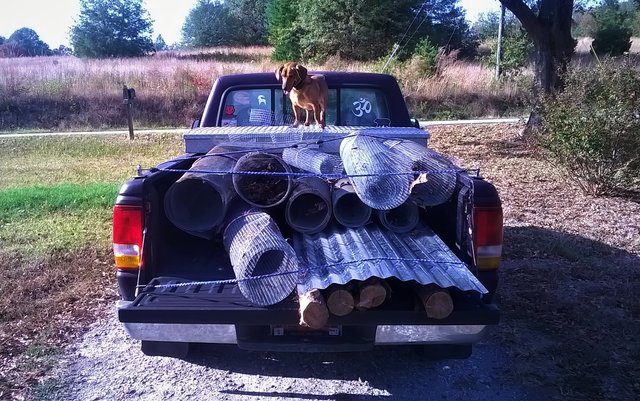 “We both love Oscar more than anything and he has brought a lot of happiness into our lives,” Weathers said. “He’s a really special boy.”