On the Eastern Cape, South Africa, a mother cat gave birth to three healthy kittens. Her owner was surprised to find four, tiny newborn noses sniffing around her home. 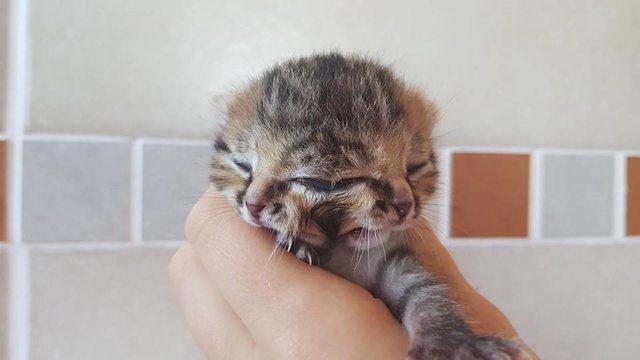 Bettie Bee was healthy but her two mouths made nursing difficult. That is when her owner knew she needed to find someone who could help raise her. She quickly found a local rescuer with experience raising special needs cats who was willing to take her in right away.

“She was born on December 12 and I went to fetch her the very next morning,” Bettie Bee’s rescuer, who wishes to remain anonymous said. “I took her to the vet that day and his first opinion was to put her down. But she was, at 1 day old then, very feisty. We wanted to give her a chance. And she’s been thriving.” 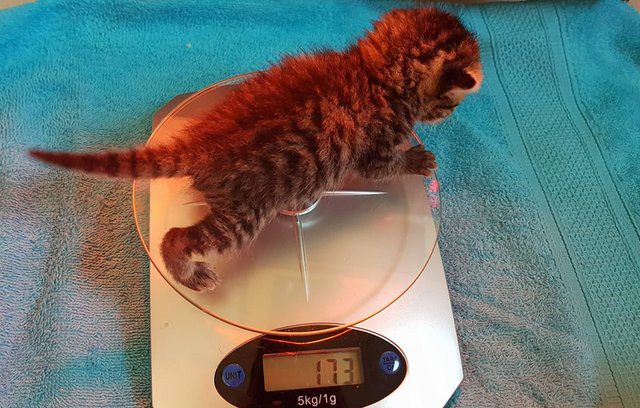 She is now 1 week old, and it did not take long for Bettie Bee to steal her rescuer’s heart. She is doing the same for everyone who sees her on social media. Her rescuer was so overwhelmed with messages and friend requests about Bettie Bee, that she created a fan page for her, where updates will continue to come in as the special cat grows up.

Bettie Bee had trouble nursing naturally, she’s doing well being tube-fed and surprisingly can eat through both of her mouths. Both mouths lead down to her stomach, so she hasn’t had any problems getting her tummy full. 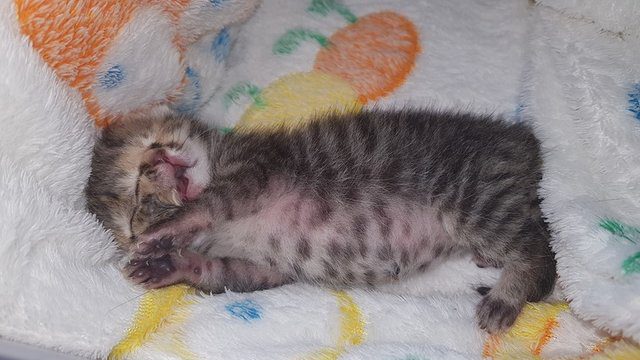 Bettie Bee’s condition is quite rare, it has been seen in pigs, cows, and even humans. Some animals affected by this trait die before or just after birth, while others go on to live happy, healthy lives. A two-faced cat named Frankenlouie, who passed away in 2014, lived to be 15 years old. 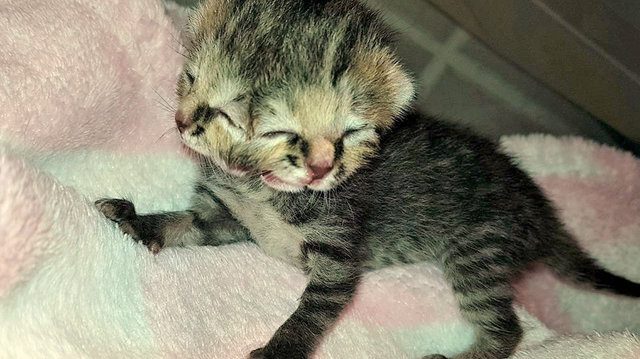 Bettie Bee’s rescuer is confident that the tiny cat will grow up strong and healthy despite the odds.

“She’s amazing — I still look at her and can’t believe she’s real,” she said. “I’m taking it day by day and hope she will continue to thrive and be with myself and my husband for many years. It’s wonderful to see how many people are rooting for her.”