Home
animals
A Soldier Found 3 Stray Dogs In Afghanistan. Then A Bomb Went Off And Changed Their Lives Forever…

While serving in Afghanistan, troops adopt local dogs to help keep their minds calm and give them someone to play with. Sgt. Chris Duke, and his squad, adopted three dogs, named Sasha, Target, and Rufus, while they were overseas. One day a bomb changed everyone’s lives, and made the dogs into heroes.

One night a man tried sneaking into the base where Sgt. Duke and the dogs lived. The dogs, sensing something was not right about this man, attacked the stranger and scared him so much that he set off his bomb early. Sasha, tragically was killed in the blast. But Target and Rufus survived, and the troops owed them so much thanks that they adopted the dogs permanently and brought them home to the USA. 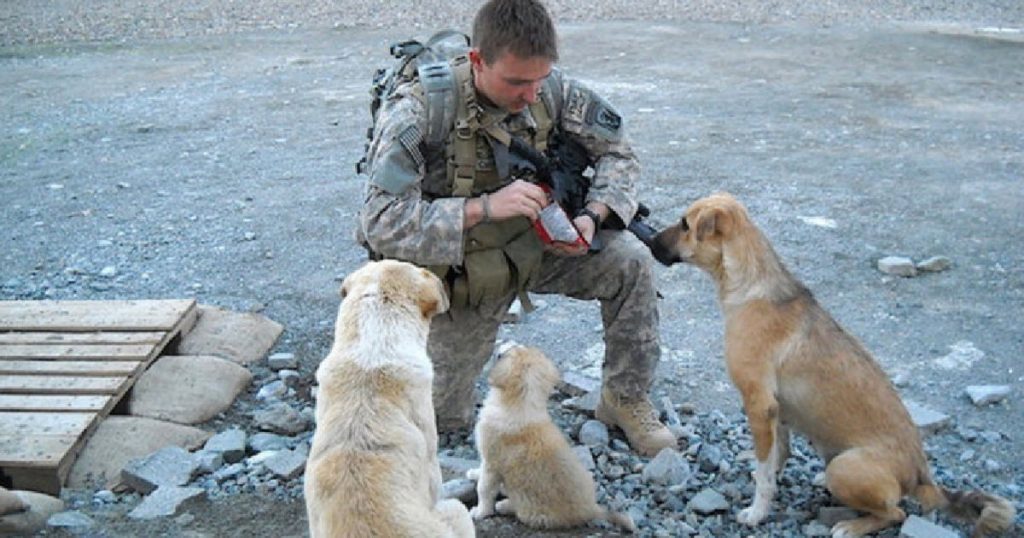