Not all animals were born to be indoor pets. Many cats and dogs need to spend plenty of time roaming outside the house. They use this time to explore, learn, and to meet new people.

However, I’ve met many people who don’t believe that cats enjoy such behavior. “They’re antisocial, private, and standoffish,” they tell me. “They prefer staying inside and being alone.”

But I completely disagree — and so does this amazing cat! Bubba the orange tabby cat, a resident of San Jose, CA, has recently become a viral sensation — and all because of his love for meeting new people! Like this sweet cat who loves making unlikely friends, Bubba is certainly not shy!

However, of all the places he enjoys exploring and schmoozing, there is one spot in particular that Bubba loves to frequent — and when he’s there, he is loved and welcomed by all, and is in no way inhibited.

Read on to find out where Bubba goes every day, and to see his adorable photos. Let us know what you think in the comments below!

Bubba the orange tabby lives in a house in San Jose, CA, in a neighborhood just minutes from the local schools. 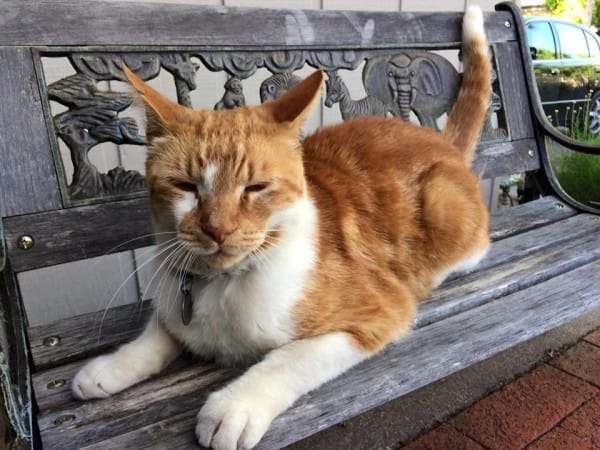 Ever since his adoption in 2009, owner Amber Marienthal and her family noticed that Bubba prefers exploring outside to staying indoors. But there is one place in particular that Bubba likes to frequent most of all… 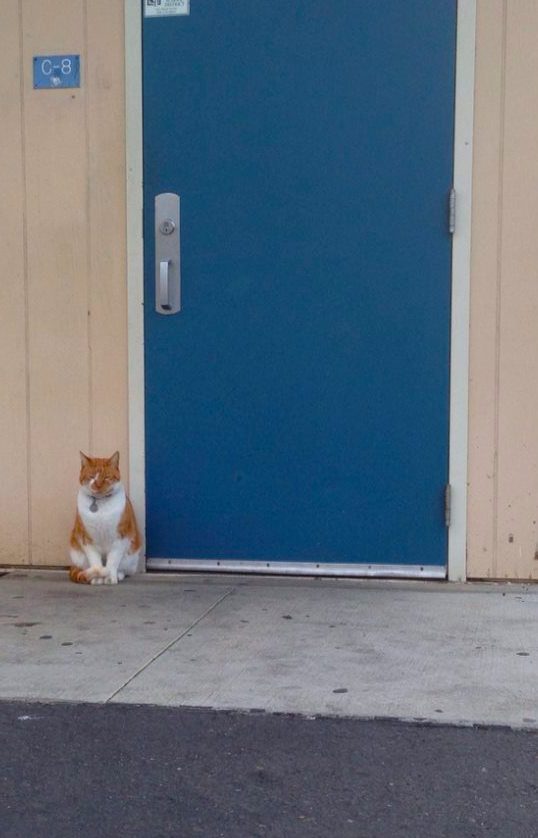 The local high school and middle school! At first, students and faculty were confused — but now, Bubba has been accepted as just another face at Leland High and Bret Harte Middle. 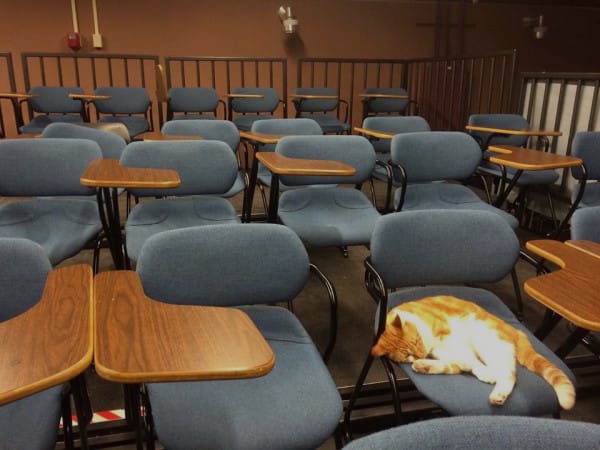 Now, he spends most of his time wandering the hallways and visiting classrooms. As a result, he has become somewhat of a local celebrity — and is hugely popular among the students. 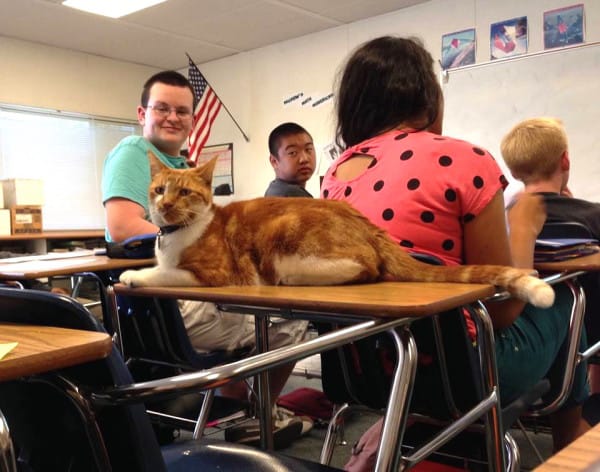 When he’s ready to head home or explore a new area, Bubba simply mews and meows until a door is opened for him. 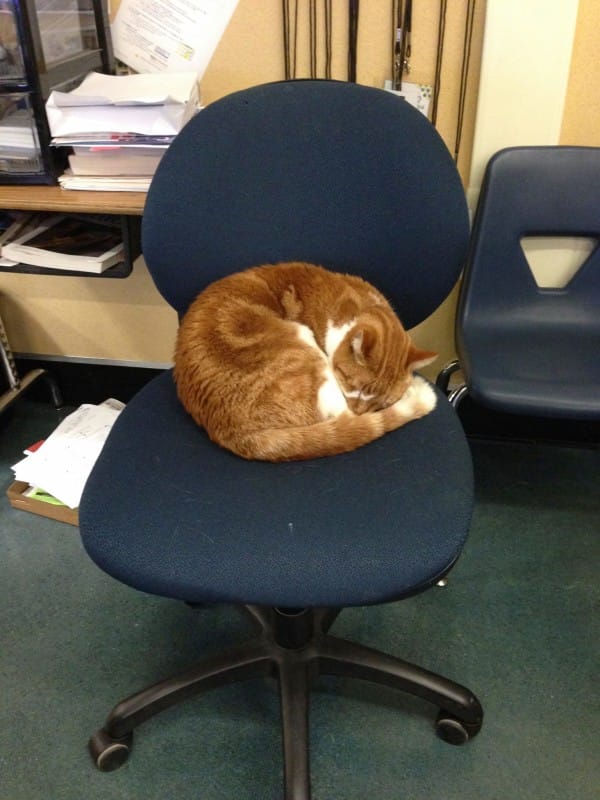 “He’s really social, and he has no fear,” Marienthal told San Jose Mercury News. He certainly isn’t afraid to ask for treats! 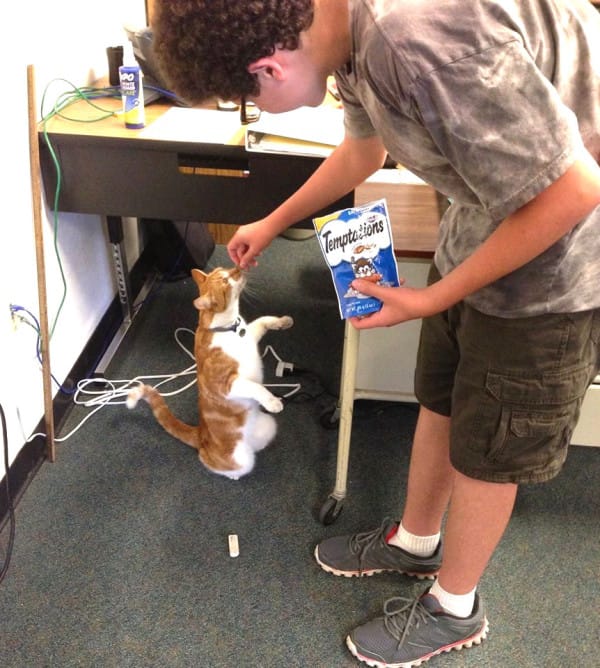 Once classes end for the day, Bubba will simply stroll on down to the soccer field for practice and wait for some pets, then return home for even more love. 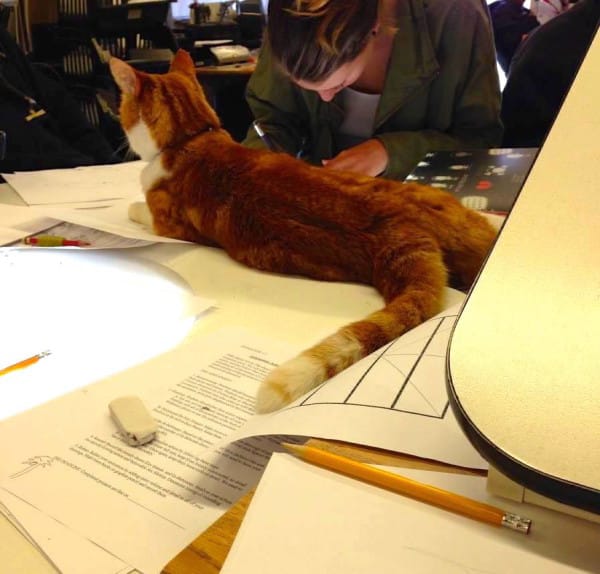 Students so cherish Bubba that they once started a petition to build a statue of the sweet tabby. Though the request was denied, the tabby was honored in another way: his own proper student ID card! 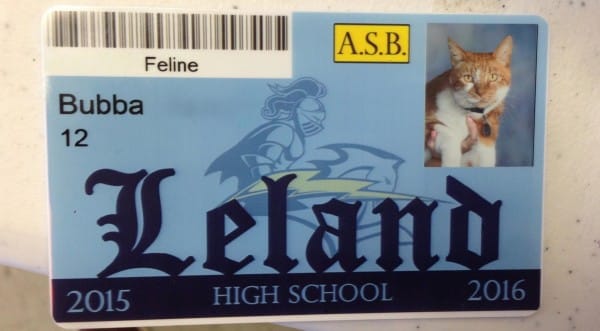