While out for a walk one day, a Good Samaritan passed over a bridge and noticed an open box nearby. On the box was written “free hamsters.” The individual immediately went to investigate and discovered three hamsters huddled inside the box. 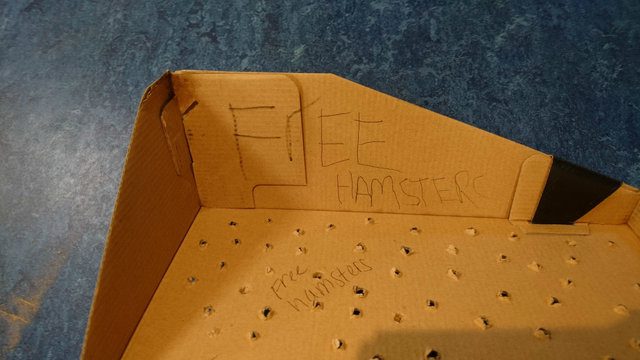 The concerned citizen immediately contacted the RSPCA of Birmingham, England.  They immediately came out to collect the tiny, scared hamsters. It appeared that the box was open and there may have been more hamsters initially who escaped out of fear. Inside the box, ironically enough. was a pamphlet, co-written by the RSPCA, about how to properly care for hamsters. 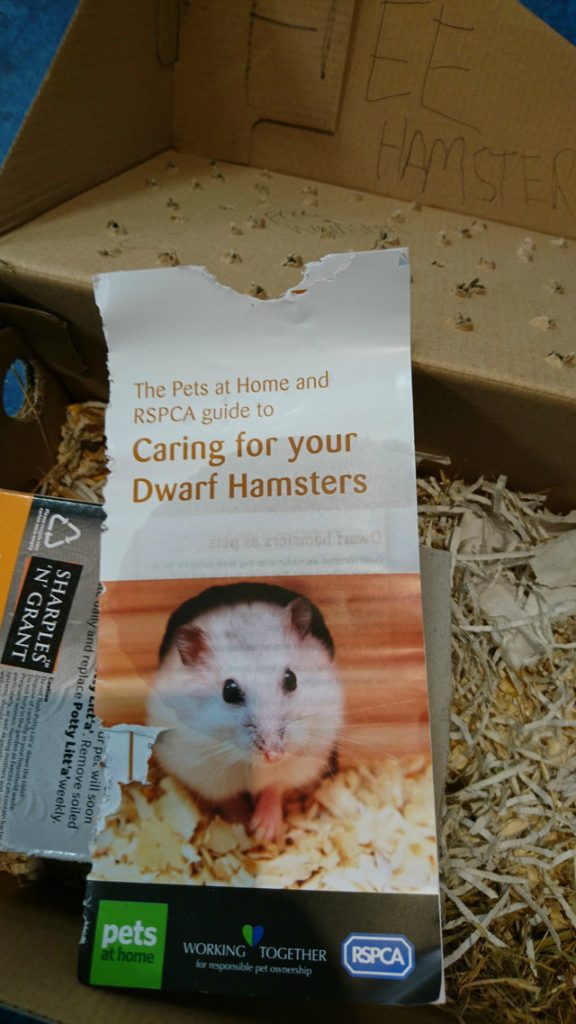 “It’s terrible to think that someone thought it would be OK to dump these animals like this and then offering them to passersby as free to take — they could have fallen into the completely wrong hands,” Rachel Butler, RSPCA spokeswoman for Birmingham, said in a press release. 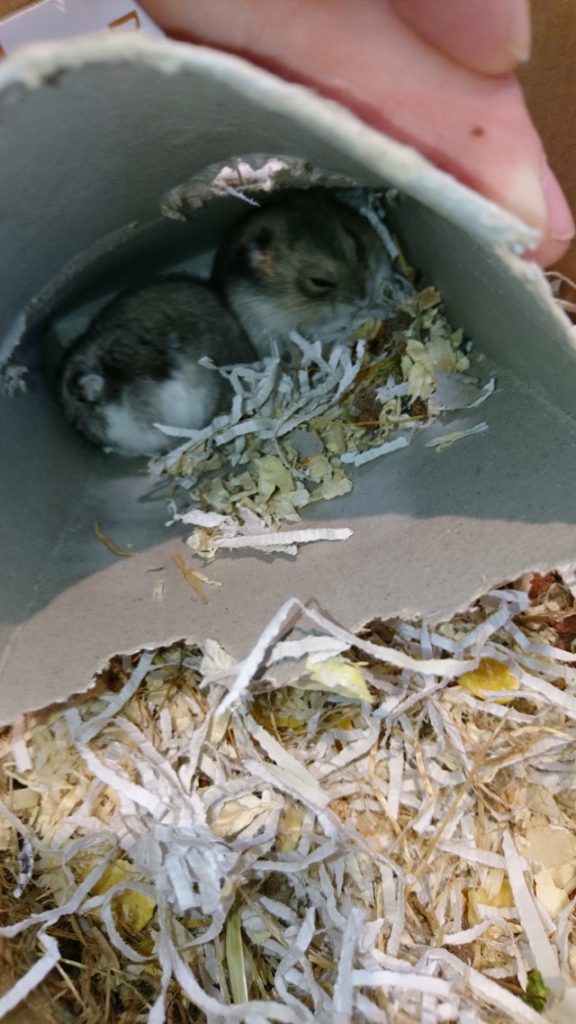 The hamsters were named Clarkes, Jimmy Choo, and Doc Marten and taken to the RSPCA Derby shelter.  Luckily, all three hamsters seemed to be in good health, despite being abandoned in such a cruel way. The pamphlet the hamsters were found with was never opened, and the person who dumped them obviously had no idea what the little animals needed. 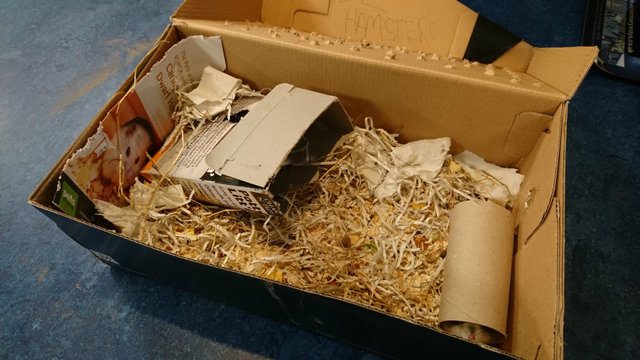 “We would never, ever suggest abandoning animals,” Butler said. “What we would say is that we would encourage people to think very carefully before getting a pet and to thoroughly research their needs. Pets are a long-term commitment and you need to be sure you can look after them for their whole lives.” 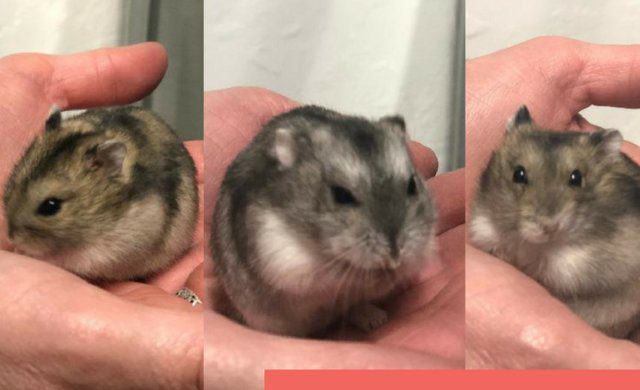 Luckily, the three hamsters are very lucky that they were found by the right person, and have since been adopted into loving, capable families.