Up until about a month ago, this poor little fish didn’t have a friend in the world — and it showed.

Confined inside a tiny cup of tepid water, tucked in the shadows on the back of a Walmart store shelf behind prettier betta fish, the fish’s condition couldn’t have been direr. Languishing at the bottom of the cup, his sickly pale body had begun to literally rot away and disintegrate. His days, it seemed, were surely numbered.

But then the fish met someone who cared. 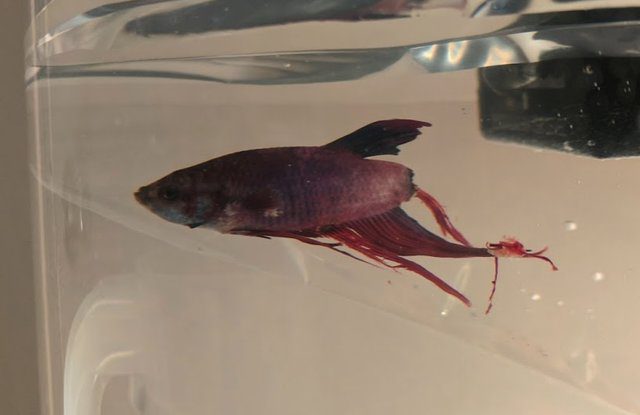 Victoria Schild hadn’t been planning on picking up any pets while at the Walmart to shop, but when she happened to catch sight of this fish, she was heartbroken. As she lifted the cup for a better look, pieces of his tail fin floated to the surface. She knew she had to do something.

“I felt incredibly sad for the little guy and decided that I didn’t want him to die in there, just rotting away,” Schild told The Dodo. “I was 95 percent sure he was going to die that night.”

So, she bought him his freedom from that sad spot, hoping to give him comfort in a larger tank she owns for what appeared likely to be his final hours. 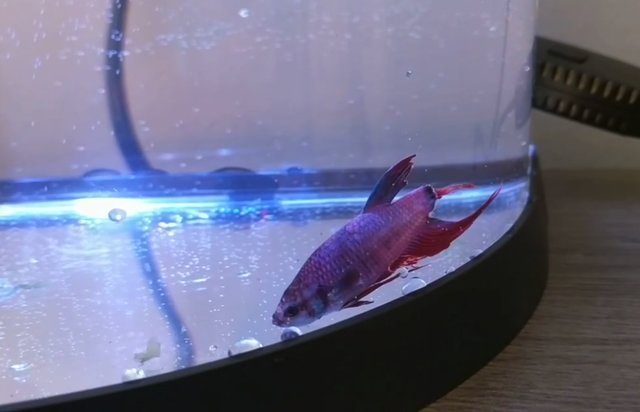 Things seemed grim at first for the fish, but Schild refused to give up on him — and things actually began to improve.

“When I got home, I started researching everything that I possibly could to help him recover, and probably within a week of clean warm water, medicine and basic care he started getting better!” Schild said.

The little fish’s spirits seemed to be bolstered. He began to swim around slowly with his healing fins, exploring his new home. 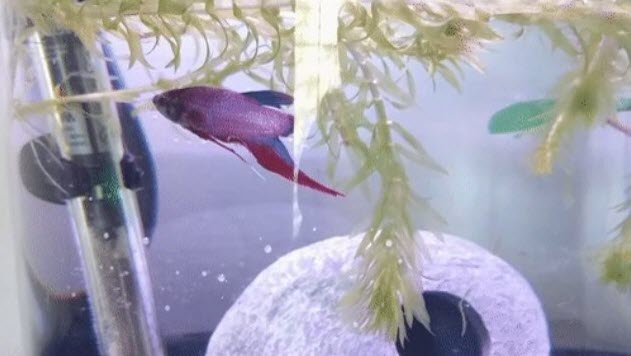 From there, things only got better.

Schild changed her fish’s water daily and gave him medication to speed his recovery.

His tail began to regrow and his fins returned to normal — but even Schild had no idea just what a stunning fish he’d blossom into. 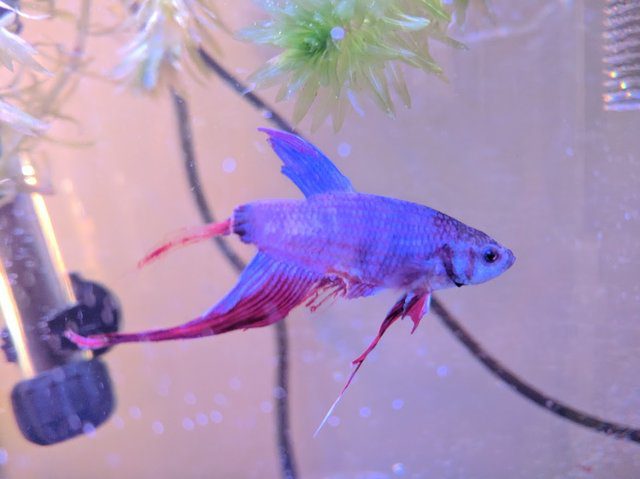 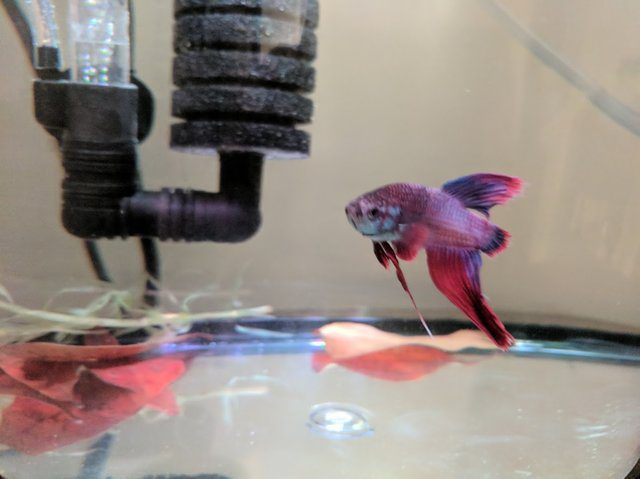 Sure enough, following about four weeks of that dedicated care, the once-dying fish was now totally unrecognizable.

Schild could hardly believe it. 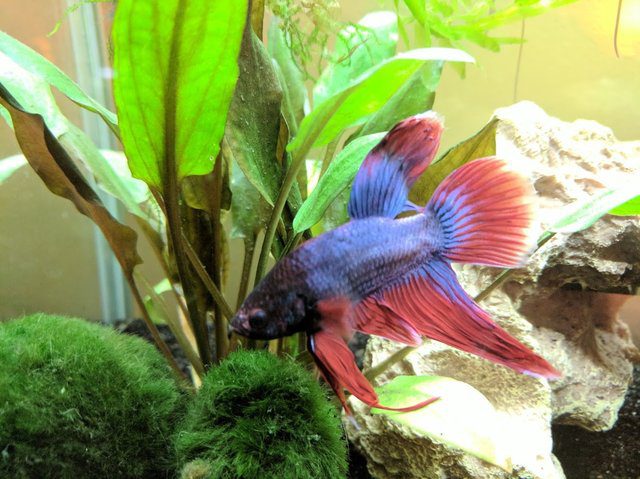 “I was really surprised,” Schild said. “I knew that underneath it all, there was a beautiful little fish. But what won me over was his will to live and his spunk.”

The little fish had come a long way to reveal his true self. Schild named him Argo, an homage to his glorious, sail-like fins. 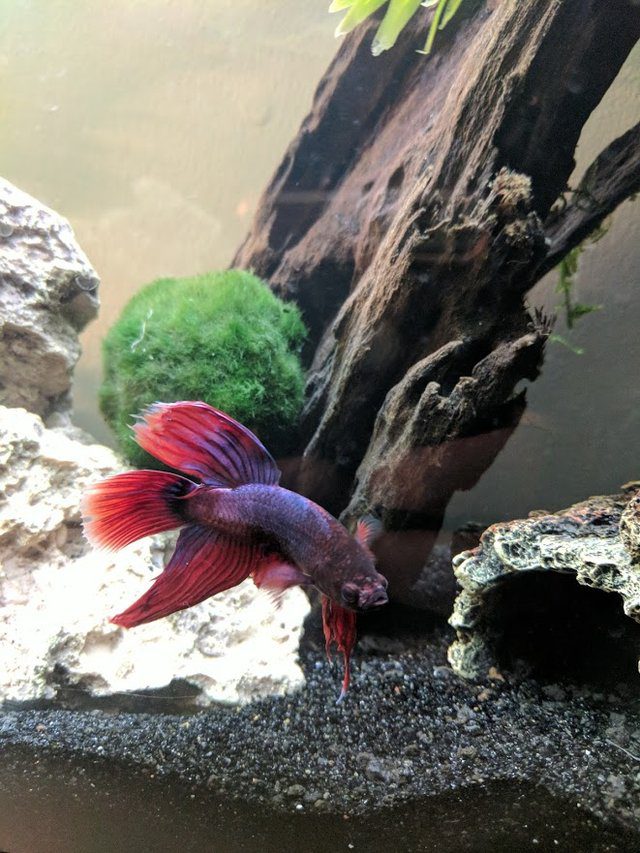 It took plenty of love for Argo to undergo his incredible transformation in just a month’s time — but to see him now makes it all worthwhile for the person who changed his life forever.

“Now he’s an amazing little fish,” Schild said. “I love watching him swim around, leap for food, follow my shadow and just be a cool little guy.” 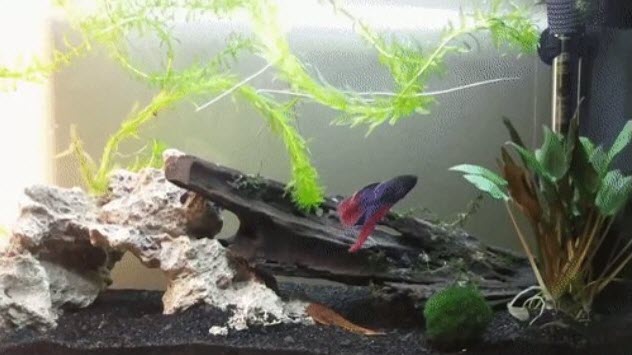 The way betta fish are sold in stores like Walmart can often give the impression that their lives are expendable or of little value. But there’s no doubt that Argo’s life has always meant the world to him — and his beautiful, healthier self is a way of saying thanks to the person who agreed to give him a chance to live.

“It’s unfortunate that people dismiss bettas,” Schild said. “With just basic care and a proper setup, they are great little pets to have. I hope Argo’s story can bring awareness to the plight of bettas and other fish in pet stores. We need to be their voices.”