While walking through London’s Victoria Park when he heard soft whimpering.  He could not believe what he found: four puppies! 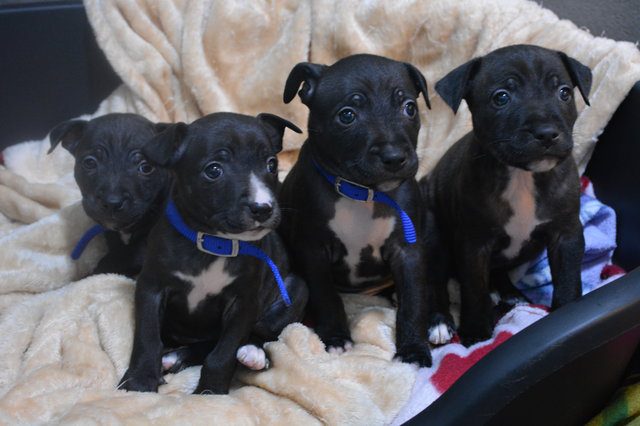 The Good Samaritan discovered the four 7-week-old Staffordshire bull terriers shivering in a cardboard box and rushed them to someplace safe and warm. 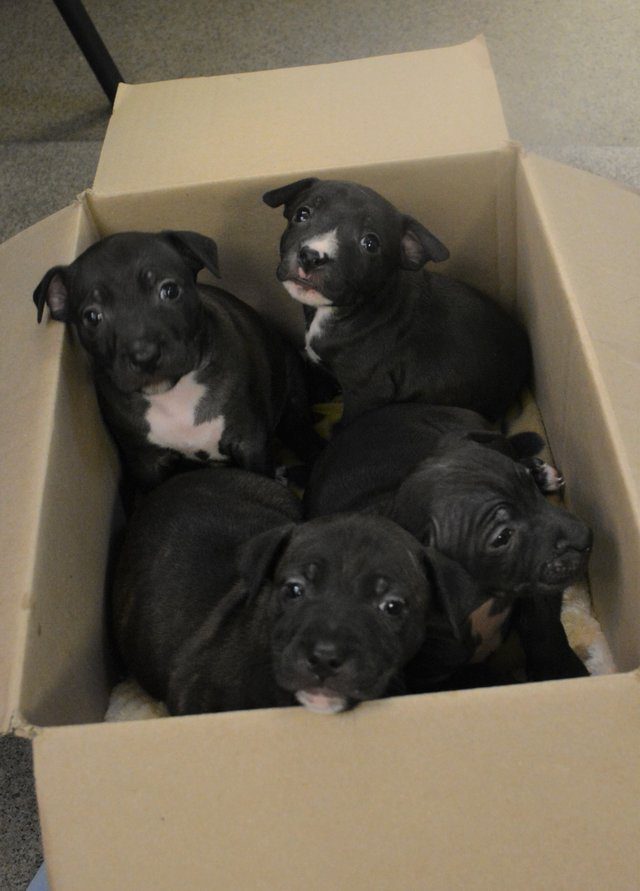 The Battersea Dogs & Cats Home, a local shelter, took the litter in and immediately had a vet check them over. 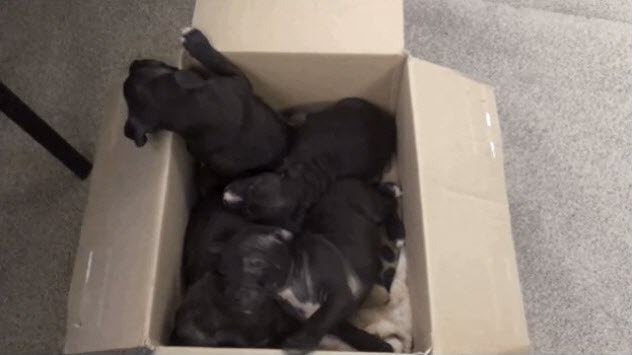 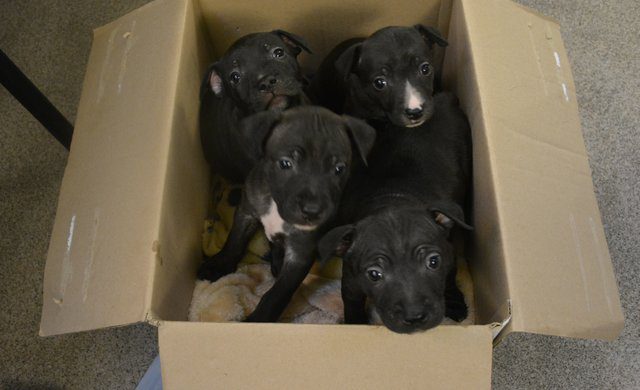 “The whole experience must have been very frightening for them,” Steve Craddock, intake manager at Battersea, said in a release. “It was a cold day and they could have easily gotten hypothermia, suffocated or died of dehydration.”

The three girls and one boy were not outside for too long because they all had a clean bill of health. 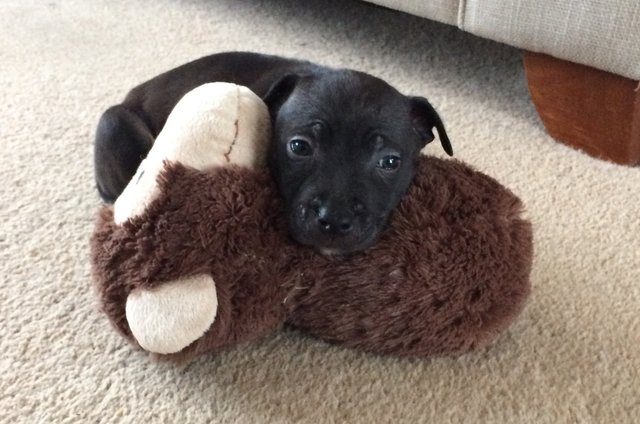 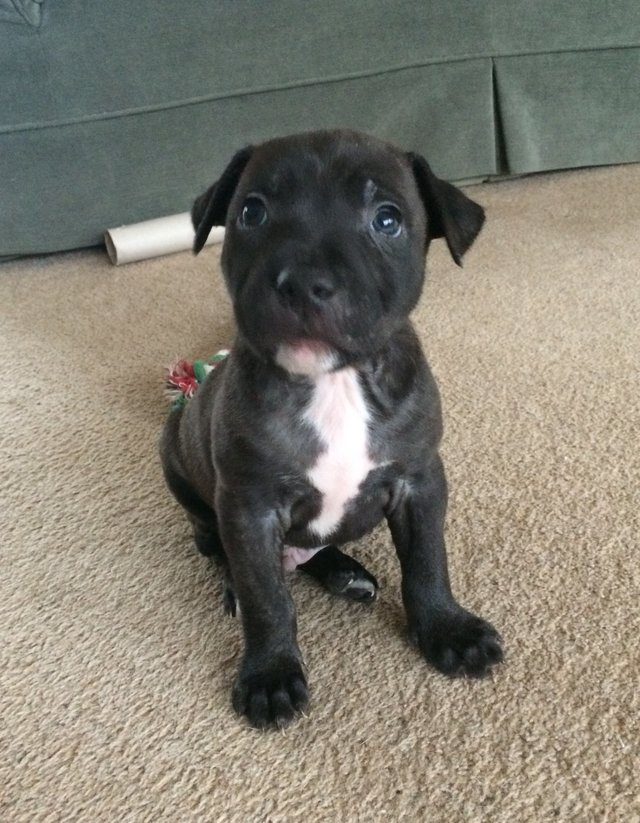 Battersea workers decided to give the puppies names reflecting their strength and goodwill. This year England is celebrating the 100 year anniversary of women having the right to vote, Battersea staff decided to name the puppies after trailblazing suffragettes: Emmeline (after Emmeline Pankhurst), Lydia (after Lydia Becker), Edith (after Edith Garrud), and the only boy is now called Davison (after Emily Davison). 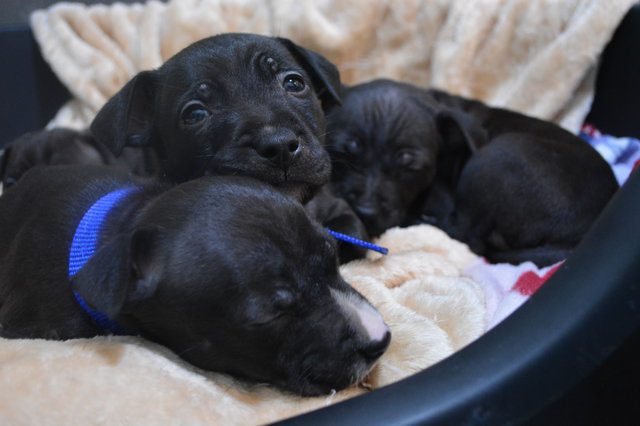 The puppies someone dumped in the park already has forever homes lined up — and until they’re old enough to make the transition, they’re being cared for in foster homes.

Kim Tyson, Emmeline and Davison’s foster mom, said that even though the puppy pair seemed a little shy at first, they soon loosened up and started bossing around her fully grown Dalmatians. “Within a few hours they found their feet and now they run the house.” 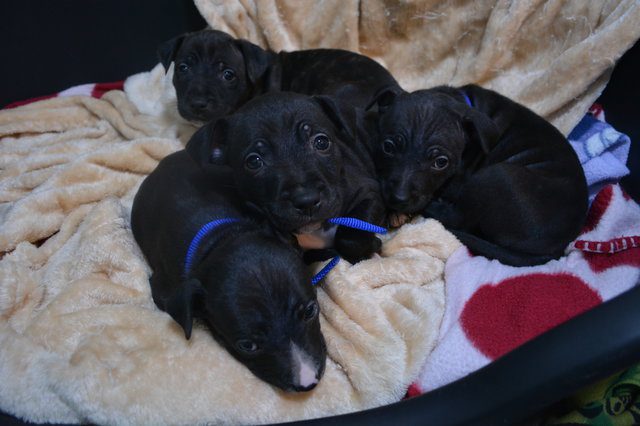 “They’re very sweet little dogs and I can’t understand how anyone could have abandoned them like that,” Tyson added. “I hate to think what would have happened if they hadn’t been found when they were.” 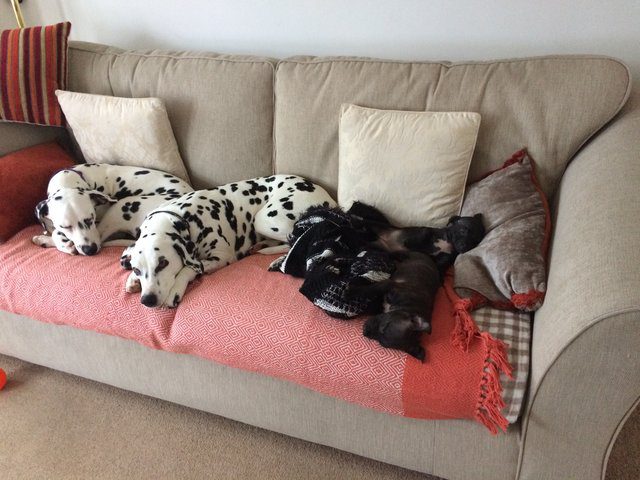 Emmeline and Davison snuggling up with Dalmatians at their foster home