Home
animals
‘Shark Nets’ Are Catching Rays And Killing Them

Jonathan Clark and a boat crew from Sea Shepherd Australia, an organization that works to protect marine animals, approached a “shark net” at Sharpes Beach and discovered a struggling ray.

If help didn’t come soon, the eagle ray was going to die. He was snarled in a submerged net off the coast of Sharpes Beach in Ballina, Australia, and was struggling to break free. 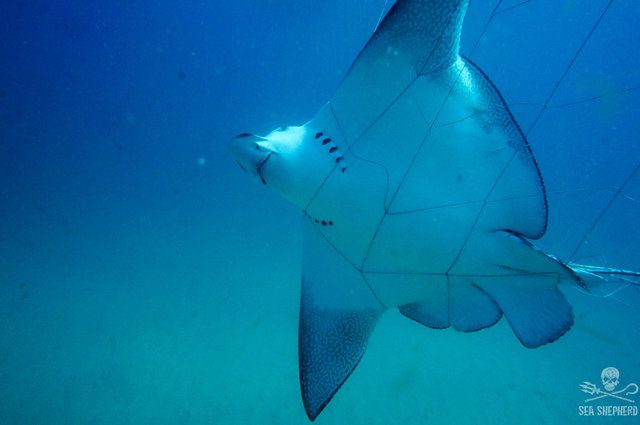 The shark net was installed to prevent sharks from getting too close to shore and bothering swimmers. The group regularly monitors the net, although experts argue that shark nets do nothing to protect people. What the nets actually do is lure sharks close to shore with bait and, while some tangled up in the net, others are able to swim above or below the net without getting ensnared.

The group has said that the nets are responsible for accidentally catching and killing hundreds of marine animals each year, including turtles, dolphins, whales and protected sharks like great whites. The International Union for Conservation of Nature (IUCN) classifies white sharks as a critically endangered species. And, eagle rays get enmeshed in the shark nets, too. 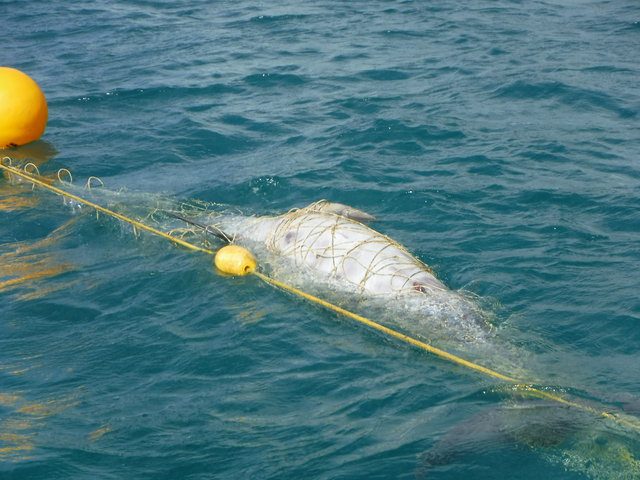 A dolphin caught in a shark net off the coast of Noosa, Queensland, in 2017

“As we approached the net, we noticed a bait ball and saw a large shark under the bait ball,” Clark told The Dodo. “It moved away quickly. We noticed another shape on the seafloor near the net, and using our viewing scope got a very clear view of a dead manta ray that had been heavily predated upon within 10 meters [32 feet] of the net. We then checked the net and found the spotted eagle ray.”

The eagle ray did not move and the crew thought he was already dead. But when a couple of scuba divers jumped in the water, they discovered the sad truth.

“[They] quickly found that the ray was indeed alive and struggling,” Clark said. “Its gills were opening and closing, as was its mouth.” 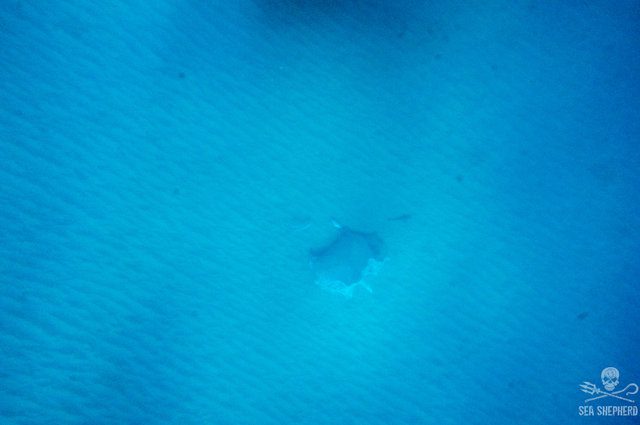 The entangled eagle ray from above

“It is always a shock to see these beautiful animals caught and struggling,” Clark added.

Sadly, they weren’t allowed to save the eagle ray’s life. The shark net, as well as four other nets in Ballina,  had been installed by the New South Wales (NSW) government, and the only people who could legally touch them were contractors working for the NSW Fisheries Department. 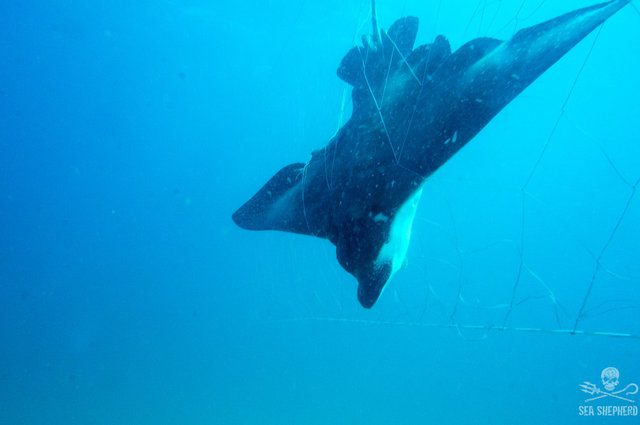 “As captain of the vessel and leader of the campaign, I called NSW Fisheries by telephone and had to leave a message,” Clark said. “I then called an officer directly on his mobile phone.”

Clark finally talked to an officer, he didn’t get good news.

“I was told by the NSW Fisheries officer that they would not send the contractor to release the ray at Sharpes Beach, [and] that the contractor would stick to his normal routine of checking between 12 and 48 hours,” Clark said. “I asked if they would be leaving the ray to die and was told that was correct.” 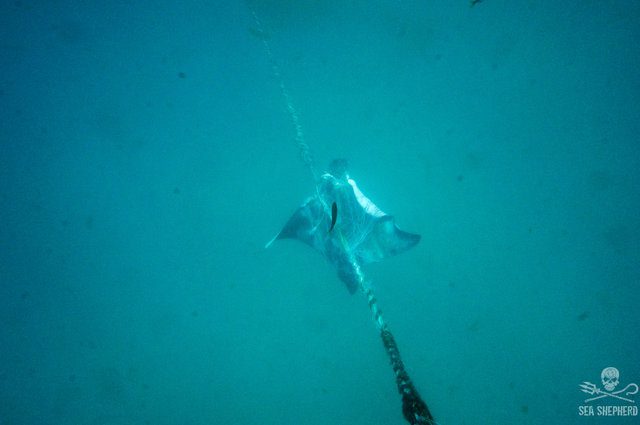 The second eagle ray the crew found at Lighthouse Beach

“I informed them that we had a capable crew on board who could have released the ray, [and] that we would not even have to enter the water, [but] I was told that we were absolutely not to release that ray,” Clark said. “The officer cited concern for our safety and that if something happened he would not like it on his conscience.” 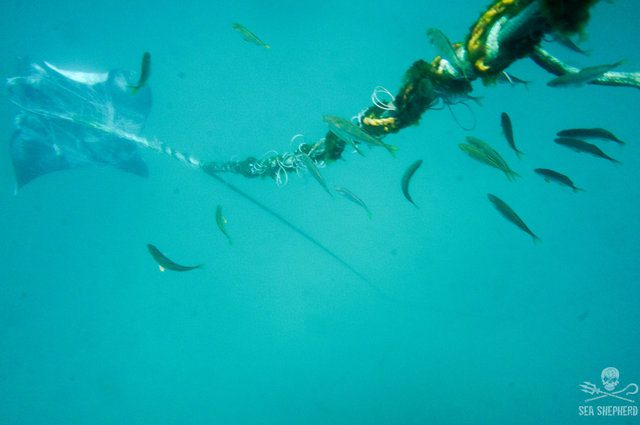 The second eagle ray the crew found at Lighthouse Beach

The crew could have faced a fine up to $22,000 AUD (about $17,200 USD) had they gone against the officer’s command. With heavy hearts, they left the area, knowing that the eagle ray was going to die.

The crew discovered another eagle ray caught in a different shark net at Lighthouse Beach later that day, but they weren’t allowed to rescue this animal either. 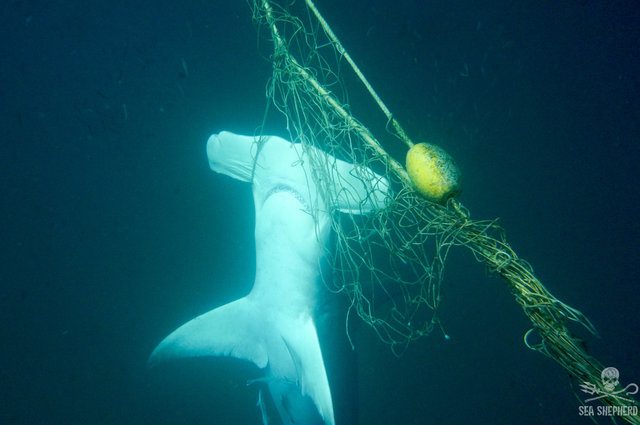 A hammerhead shark caught in a shark net in January 2018

According to the government, since the nets were installed in late 2016, they have ensnared 275 animals, including rays, dolphins, and turtles. “Many sharks and other species are killed and injured unnecessarily in this equipment,” said Clark, noting that many other animal deaths are not reported by officials. 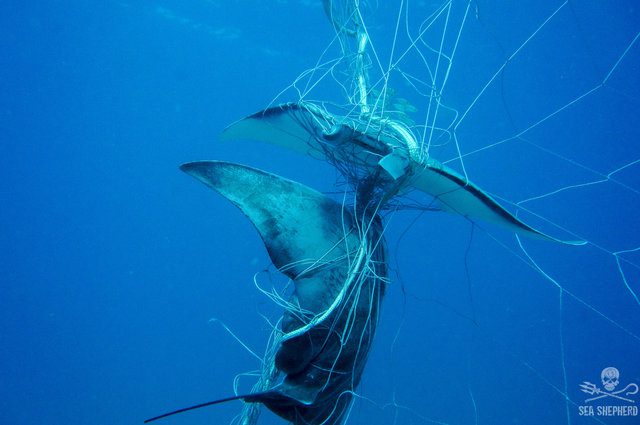 Two different rays caught in a shark net in 2017

There are plenty of alternatives to shark nets, and people could use drone technology to detect sharks and warn swimmers of any apprehended danger. Another alternative is to use buoys that emit sounds that deter sharks from getting close. That way, they would not be trapping other marine life.

Shark nets will continue to cause issues for eagle rays and other ocean animals in Australia, but more and more people are voicing their opposition to shark nets. Many are calling for shark nets to be completely phased out altogether so hundreds of animals could be saved. 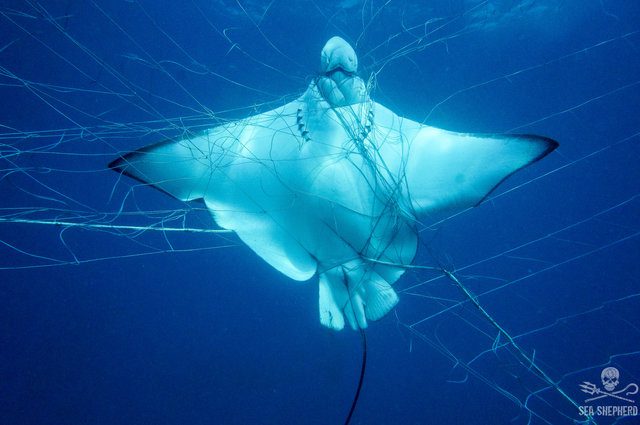 A ray caught in a shark net in December 2017