Podge was tuckered out from his long trip and not fully mobile yet. That is when Santa decided to bring him a little something special to help him unwind: a flat-screen TV. His caretakers installed the TV on the wall of his barn. They were so surprised when Podge watched the TV incessantly! 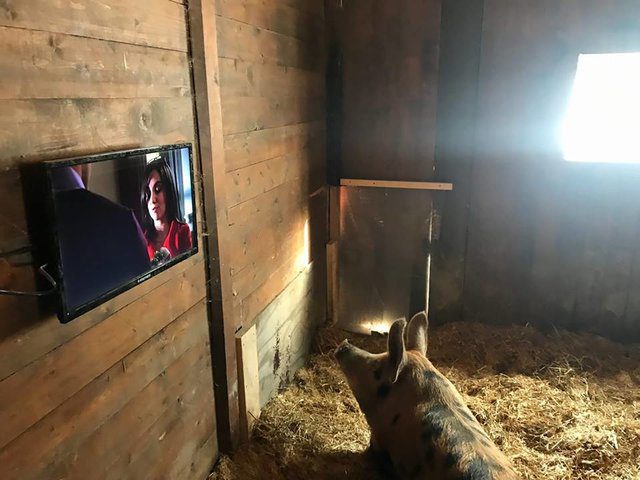 “We figured it might be comforting for him when myself or the other caretakers aren’t in his stall,” Colleen Carpenter-Rice, co-founder of Chatham Animal Haven said. “I wasn’t sure if he would even care or not, but we started putting on Hallmark Christmas movies and he loves them — especially the music.”

Lucky for Podge, the TV watching will help keep him occupied while he’s resting his legs. Podge was a piglet growing up on a farm when he sustained an injury that stunted the growth. One of his front legs is shorter than the others and is also missing a full hoof. 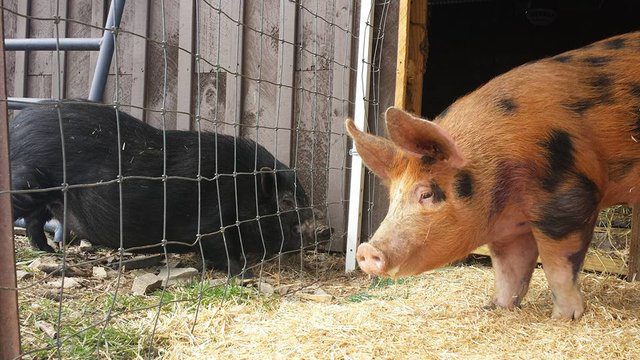 “While Podge continues to grow, the unequal weight distribution on his other three legs will likely cause joint problems,” Carpenter-Rice said.

“He only has a tiny little hoof on the right leg, so his left leg is suffering such wear and tear,” Carpenter-Rice said. “He’s 300 pounds now and will be around 600 full-grown, so we’re working with him now to get him used to walk with the new boot.” 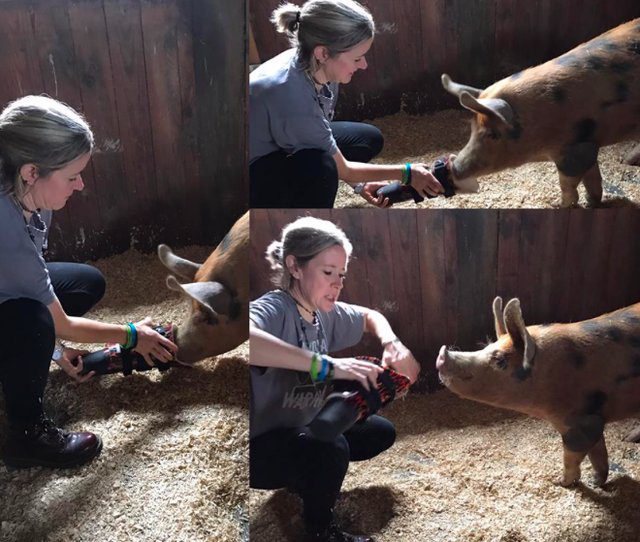 Podge has been separated from the rescue’s other pigs while he recovers. He does not seem to mind now that he has movies to watch. He likes them so much that he doesn’t want his caretakers to turn them off.

“We’ll go in to turn it off for the night and he just looks at us and starts grunting,” Carpenter-Rice said. “It’s like he’s saying, ‘Noo, just 10 more minutes!’”

When people saw Podge watching his TV, Facebook users are suggesting the rescue get him a Netflix membership. 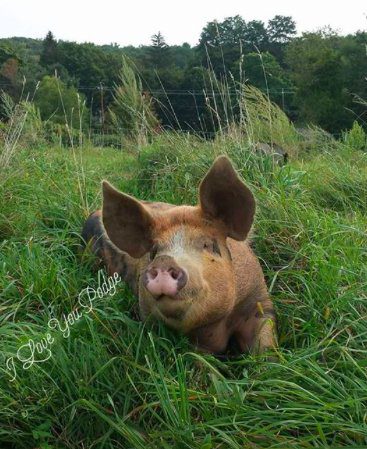 Podge is still getting used to walking in his new boot, Carpenter-Rice hopes to reintegrate him back with the other pigs soon. 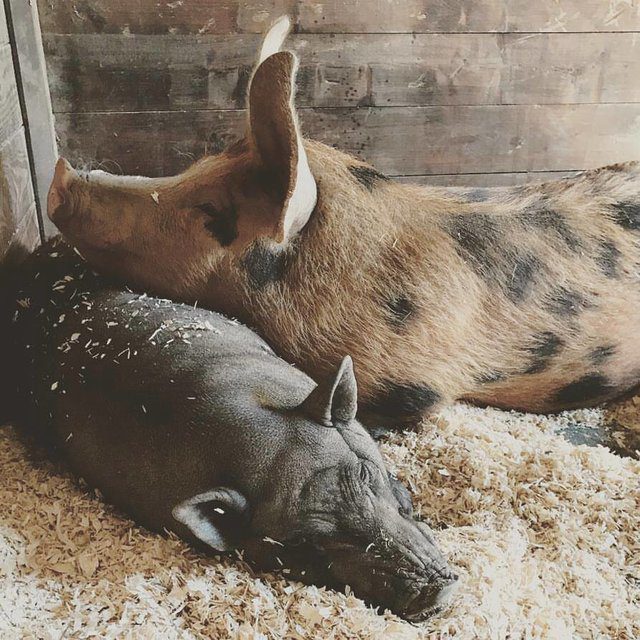 “We’re glad for the time being he’s comfortable and happy,” Carpenter-Rice said. “He’s such a sweetheart and whenever you see him look at you with those huge ears you can’t help but smile.”