Khaleesi, a street dog in Bulgaria, was abandoned when she was young, and grew up hungry, starving, and clinging on to her life.

Diane and Tony Rowles of Rudozem Street Dog Rescue had received an anonymous tip about a starving dog wandering around town. The pair decided to investigate, and within minutes of arriving at the scene, they spotted Khaleesi. When found this poor dog, she was barely alive. Malnourished and covered in infection, Khaleesi was begging for love. 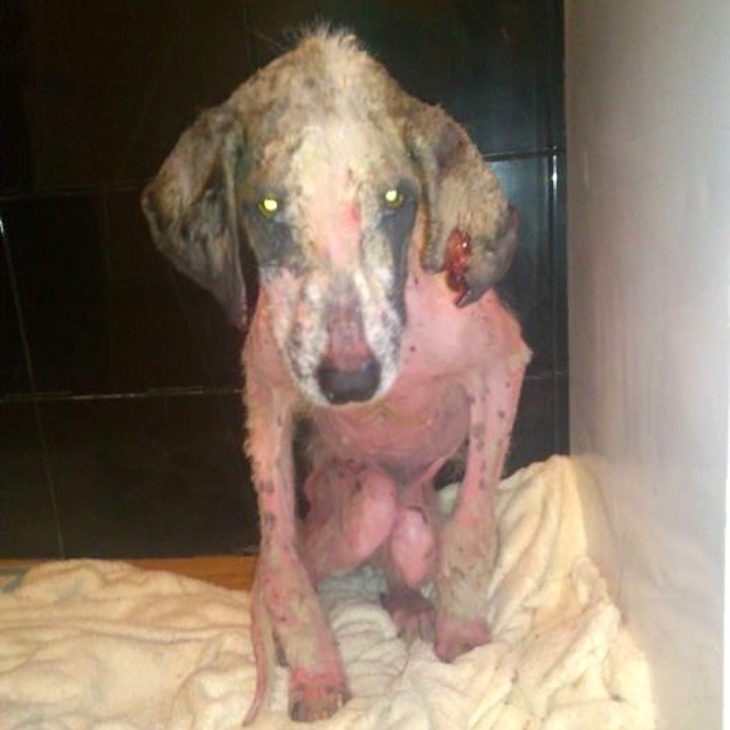 Diane explains on Rudozem Street Dog Rescue’s Facebook page, “Tony called the dog and she came straight over to him… she was just so desperate for contact. She has to be one of the saddest cases we have seen.”

Khaleesi was scary thin, and she was completely hairless. Tony and Diane were surprised she had managed to survive on her own for so long! She was covered in fleas and ticks, her ear had been torn off and her front leg broken.

It would take a miracle for this dog to survive, but they were determined to give their best effort to make it happen. 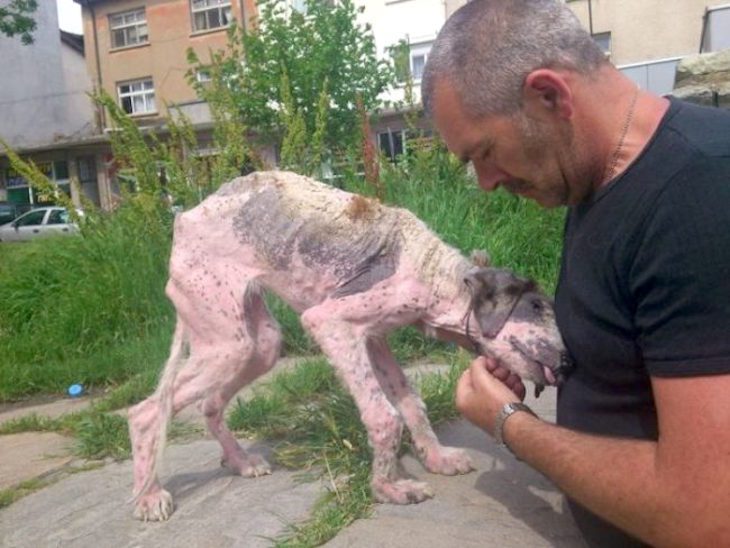 Khaleesi arrived at the rescue center, and the team immediately went to work. Khaleesi may have had a rocky upbringing, she loved human interaction, and the affection the team showed her helped calm and ease her. 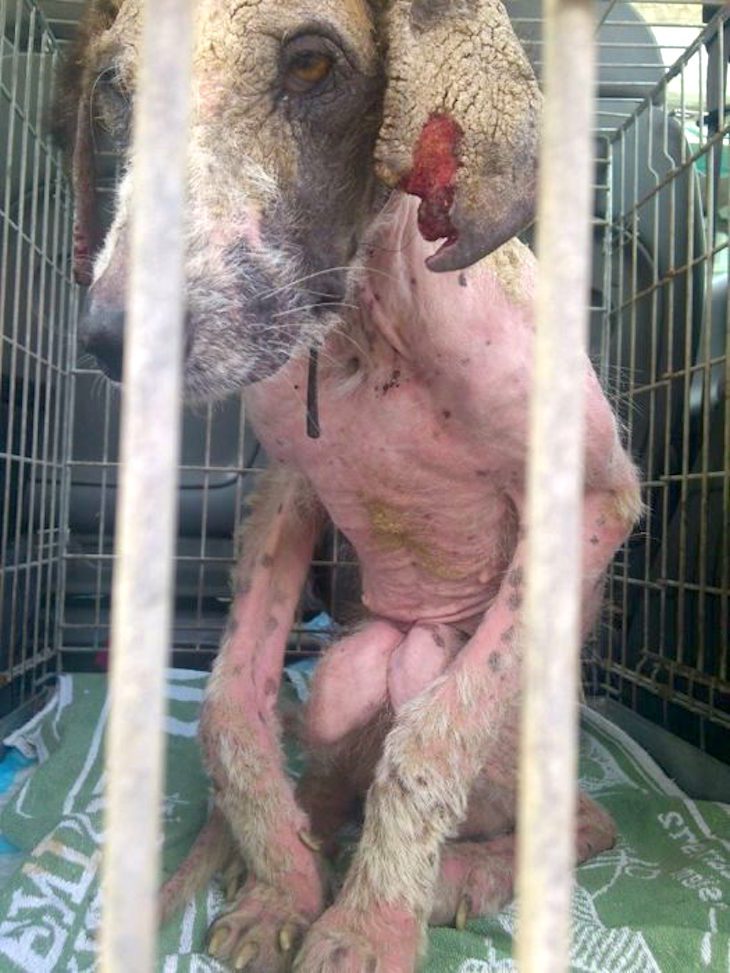 The team gave Khaleesi much needed antibiotics. They also regularly bathed her with a special shampoo to remove excess skin and get rid of the bacteria that had built up over time on her skin. Slowly, but surely, the real Khaleesi was beginning to heal. 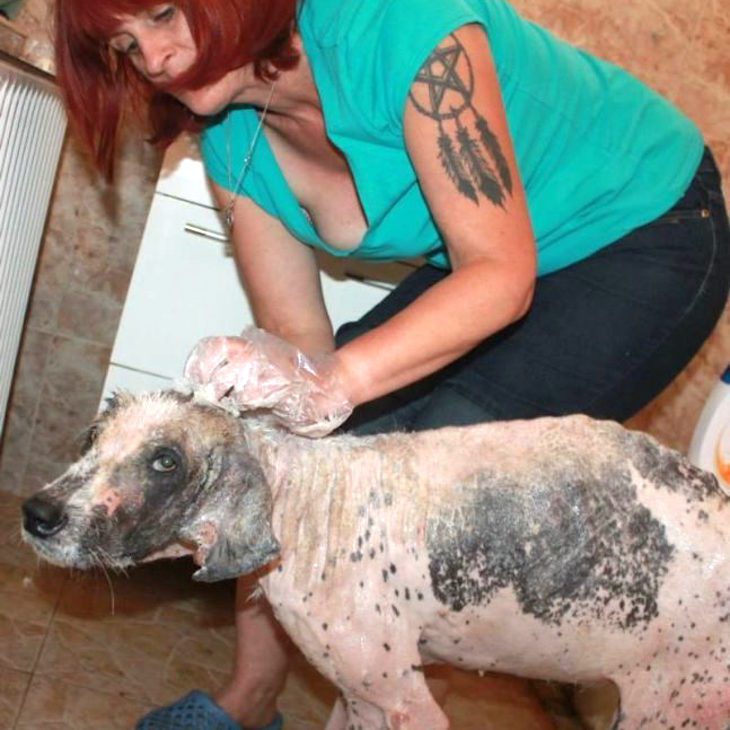 When she was strong enough to walk, the team walked her around the neighborhood. 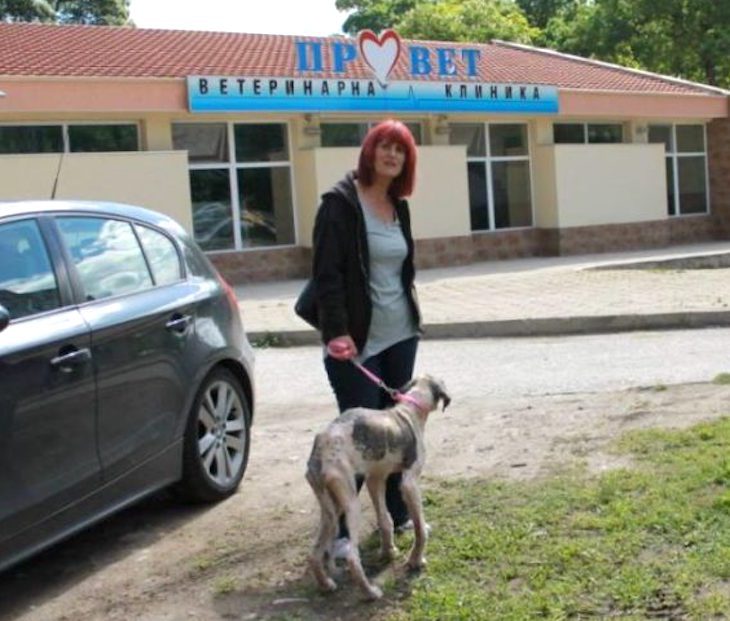 The skilled and loving vets at the rescue center treated Khaleesi’s infections. They gave her necessary shots. More importantly, they put Khaleesi’s front leg in a cast so it could heal properly. 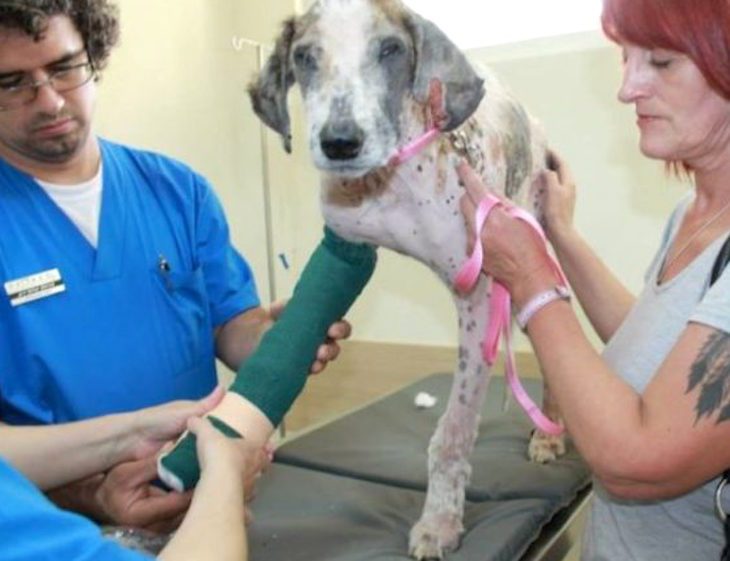 Although her foot was in a cast, Khaleesi began to resemble a dog. She began to play with other dogs at the center, including her best friend, Ragnar! 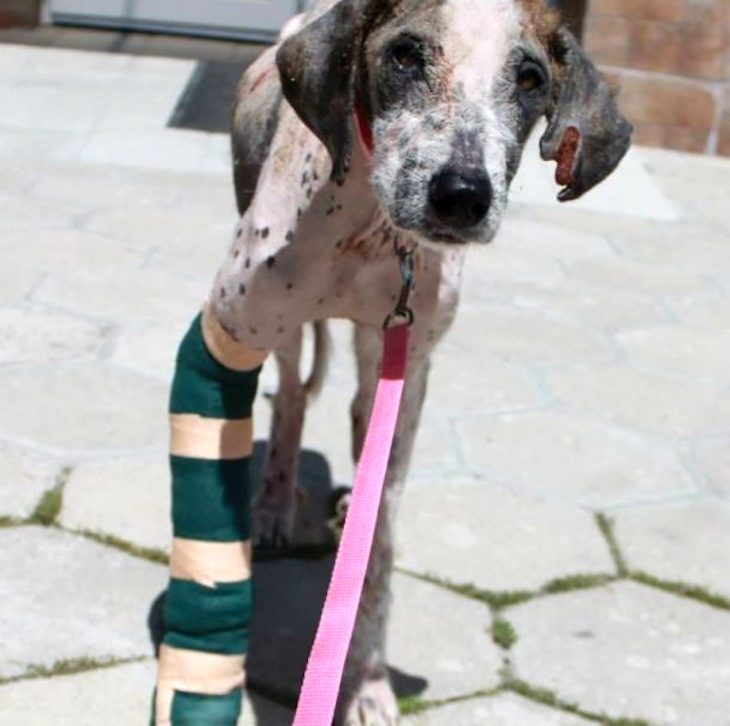 Her condition gradually improved, and in the photo below, Khaleesi finally gets her cast removed. Look at how happy she is! 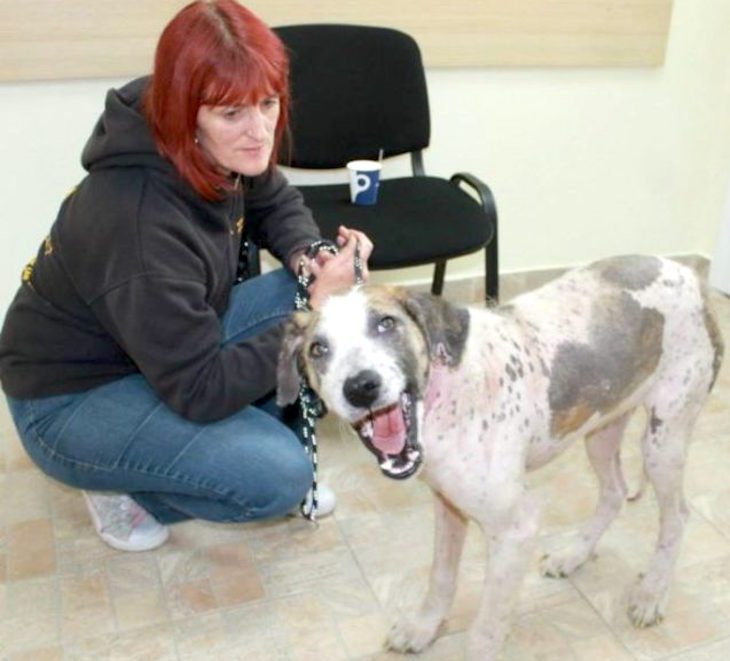 Months after being rescued, Khaleesi regained her fur and muscles. She barely looks like the starving, abandoned puppy she once resembled. 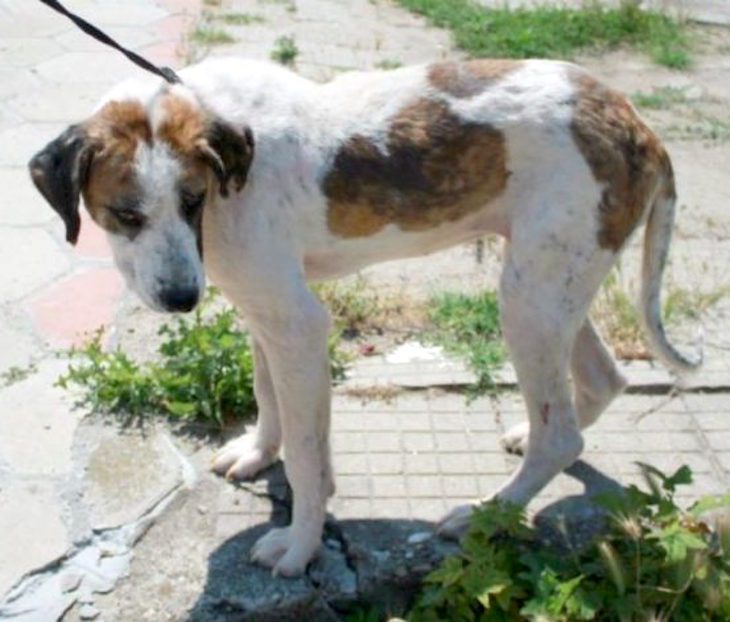 The rescue team, with love and dedication, gave Khaleesi the miracle she so desperately needed. She made a full recovery, and today, she’s a perfectly healthy dog.

Khaleesi’s story spread all over the world. People from everywhere began to write letters and messages of support for the dog. One boy even wrote a book about his dog that helped him deal with his cancer. Others sent gifts and treats for Khaleesi. 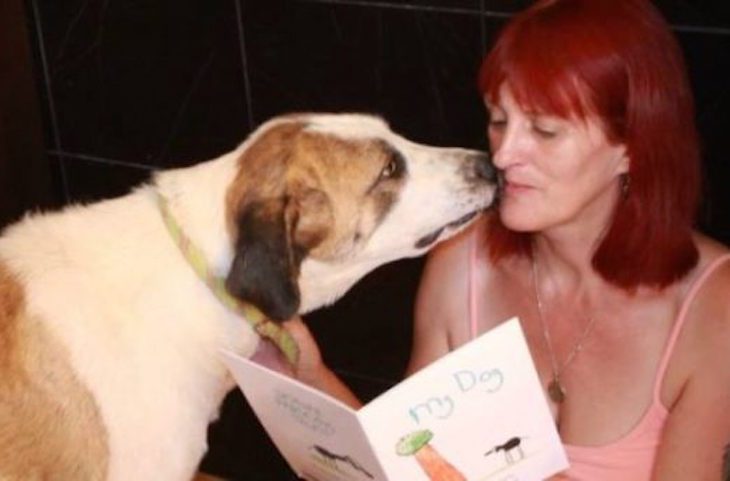 While her story has gone viral, she has yet to be adopted. The precious puppy has been in the Rudozem Street Dog Rescue’s care for two years now, and she’s ready for a forever home. 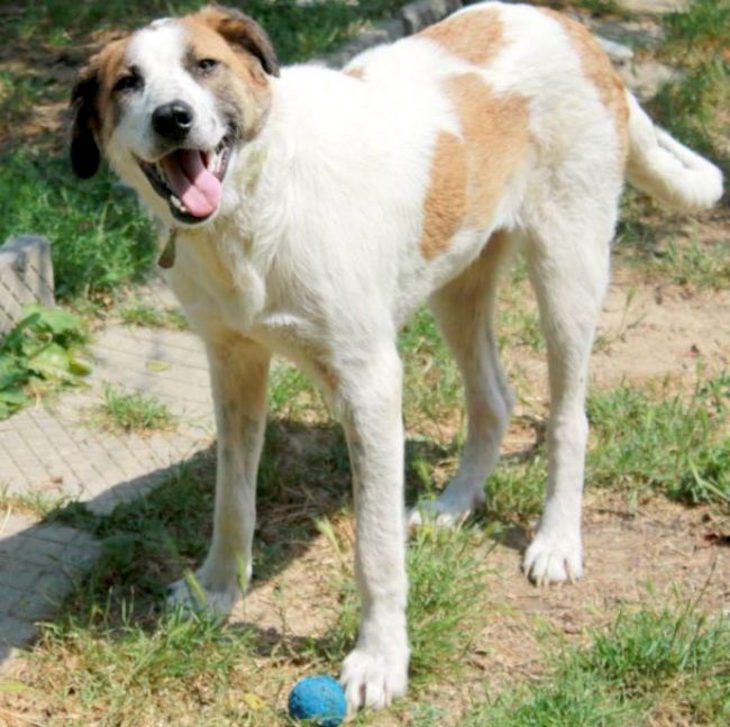