Who knew a NASA portrait could be so doggone cute? 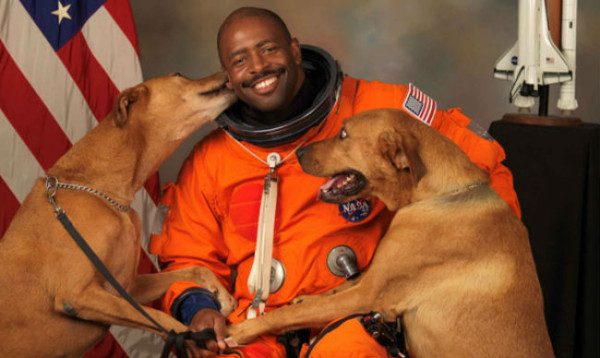 When a fan of the photo asked if the space explorer had really managed to sneak his two furry sidekicks into the studio, the proud dog owner responded, “Yes sir!”

But Melvin, who is also the host of Child Genius, knows how to take control of his canines. He later shared a second shot of his well-behaved pooches sitting pretty by his side.