When a man was passing an empty lot in his neighborhood, he noticed an open box that was not there before. For some odd reason, he was compelled to walk over and look inside. That’s when he got the shock of his life, inside the box were two little puppies, unconscious and frozen from the extreme cold. 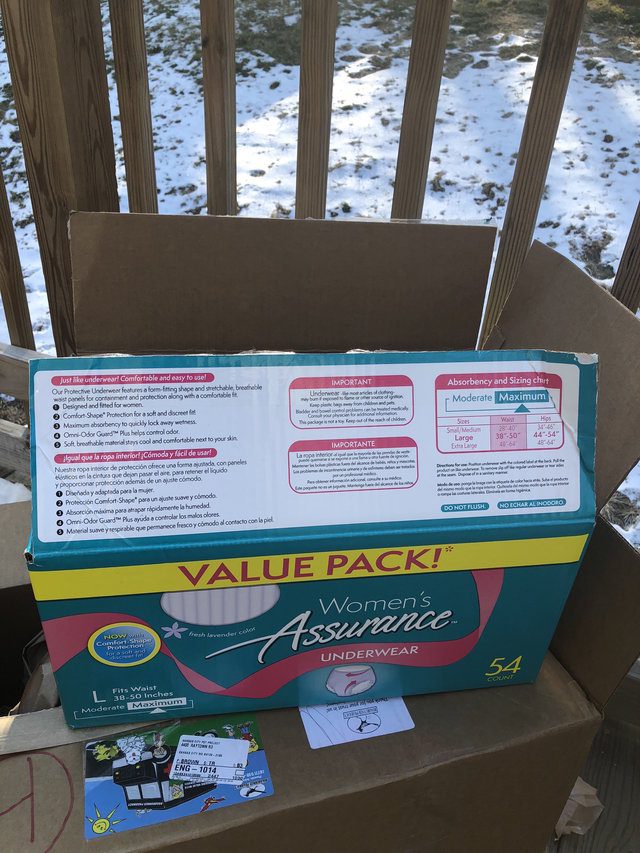 The man did all he could to save the puppies and rushed them to KC Pet Project in hopes that it could help. Staffers there immediately knew that the puppies’ chances were slim, and quickly set about trying to save their lives. 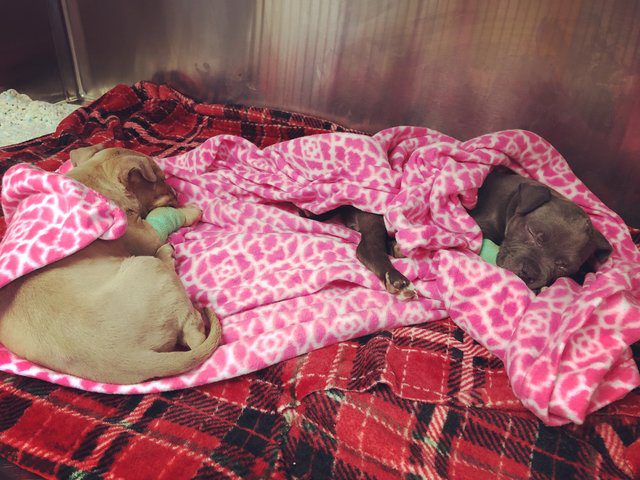 “They were in very bad shape when they came to us,” Tori Fugate, director of marketing and communications at KC Pet Project said. “We rushed them to our veterinary clinic for immediate treatment. They were very dehydrated and their little bodies were freezing. Our staff worked for hours on them, giving them fluids and holding them for warmth.” 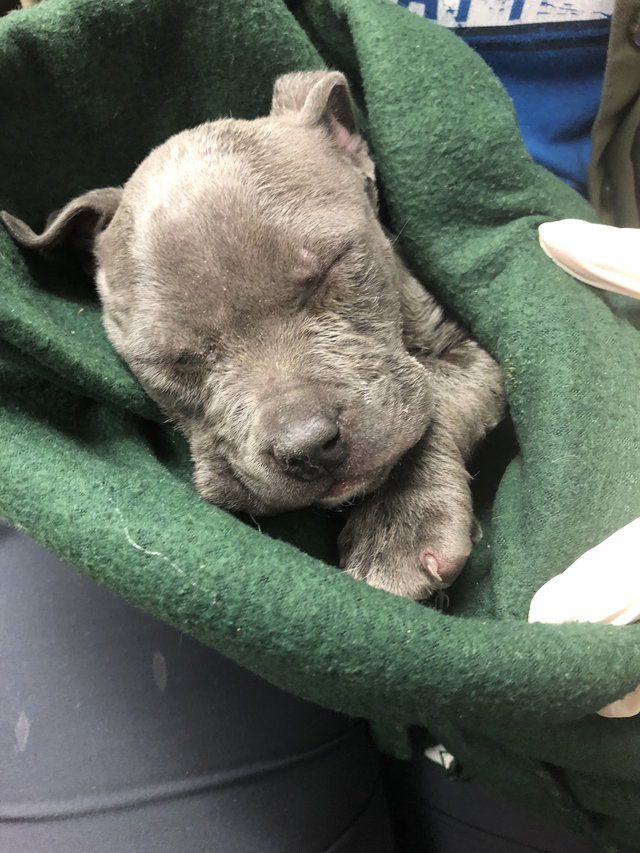 Staffers did absolutely everything they could to try and warm the puppies and get their body temperatures back to normal. Miraculously, their efforts paid off. The little 3-week-old puppies seemed to be doing better, but the staff was still worried that they may not make it through the night. One staff member took them home for the night in case they needed any additional care. By morning, both puppies were doing so much better, and everyone was elated by their progress. 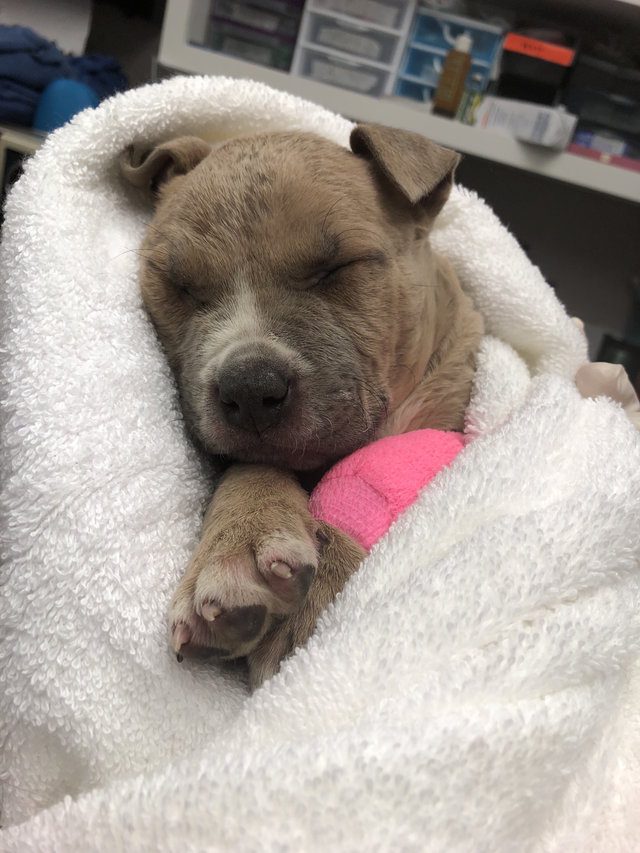 “They were able to eat and they were back to a normal state,” Fugate said. “We gave them gruel in the afternoon and they were starving — so much so they almost took a bath in it. We were thrilled!” 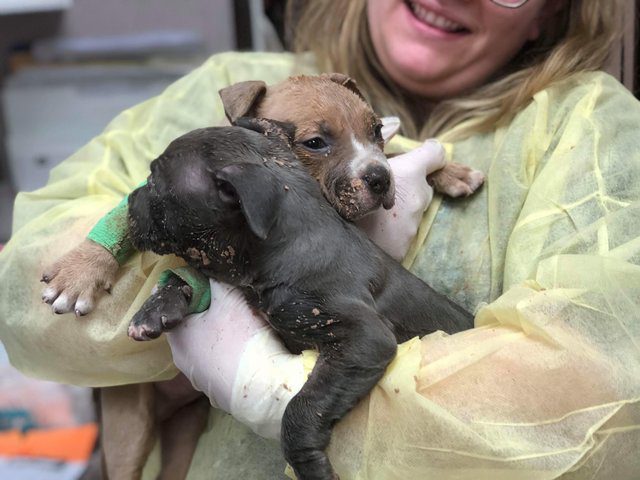 The staffers had no idea who could have dumped these little puppies in such a cruel way. Everyone at the rescue is just grateful that they managed to pull through despite all the odds. The puppies are now in a foster home, where they’ll stay until they’re 8 weeks old and are ready to go off to their forever homes. 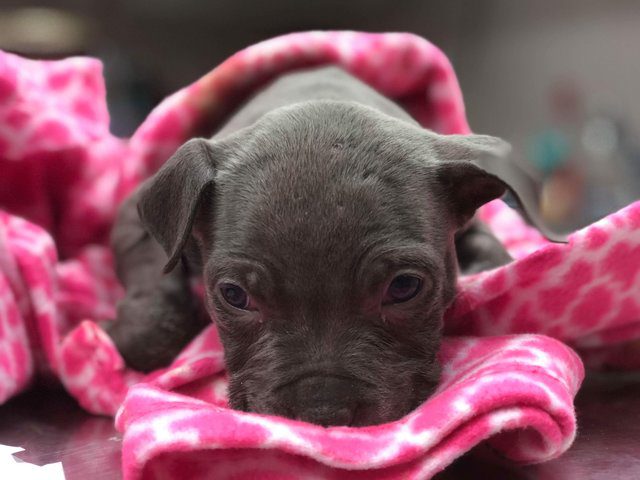 The rescue has already had a lot of people interested in the puppies, including the man who found them!