Home
animals
9 Reasons You Should Actually Love And Appreciate Squirrels

Many folks dislike squirrels, believing them to be pests much like opossums or moles. One of my friends even refers to squirrels as “big rats with fluffy tails.”

Sure, sometimes the furry critters may snatch seeds from the bird feeder in your backyard. They might even dash out suddenly in front of your car.

But the more I have learned about squirrels, the more I have realized that they are seriously misunderstood, creatures. Contrary to popular belief, they are actually extremely intelligent. On top of that, they are very friendly and adorable animals that deserve to be loved by all humans.

Seriously, squirrels make everything they do cute and silly, from eating globs of almond butter off a fork to burying nuts in people’s hoodies. Their overall quirkiness and occasional hankering for mischief are what makes them my favorite animal.

Check out this list of nine reasons you should ditch misconceptions and start loving squirrels. These companionable creatures will be so happy to have your friendship.

1. They Eat The Insects In Your Yard And Garden 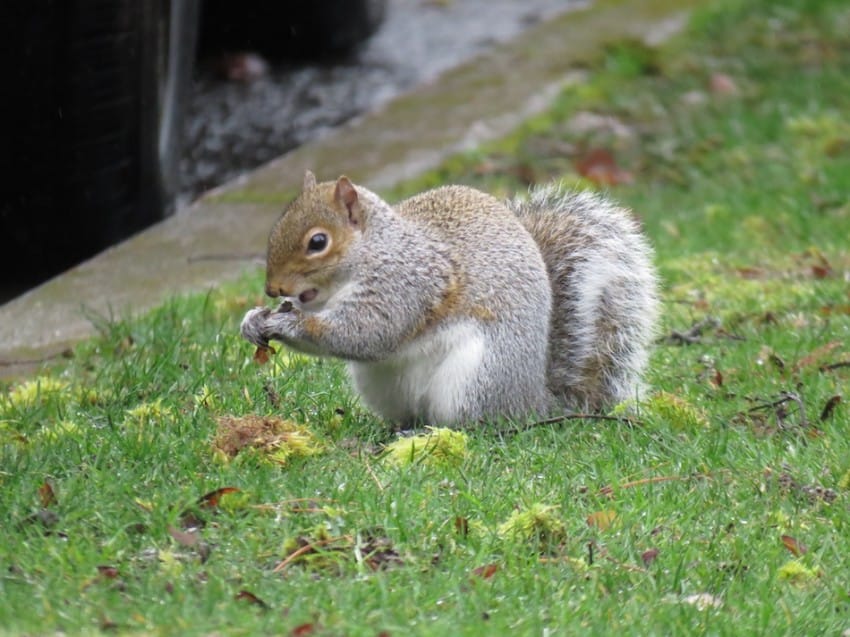 Ground squirrels are primarily omnivores. They munch mainly on plant-based foods like nuts, berries, flowers, and acorns, though they also have been known to eat insects and the occasional small vertebrate.

Who knew the squirrel hanging out in your backyard was helping out with pest control?

2. They Help The Planet By Planting Trees 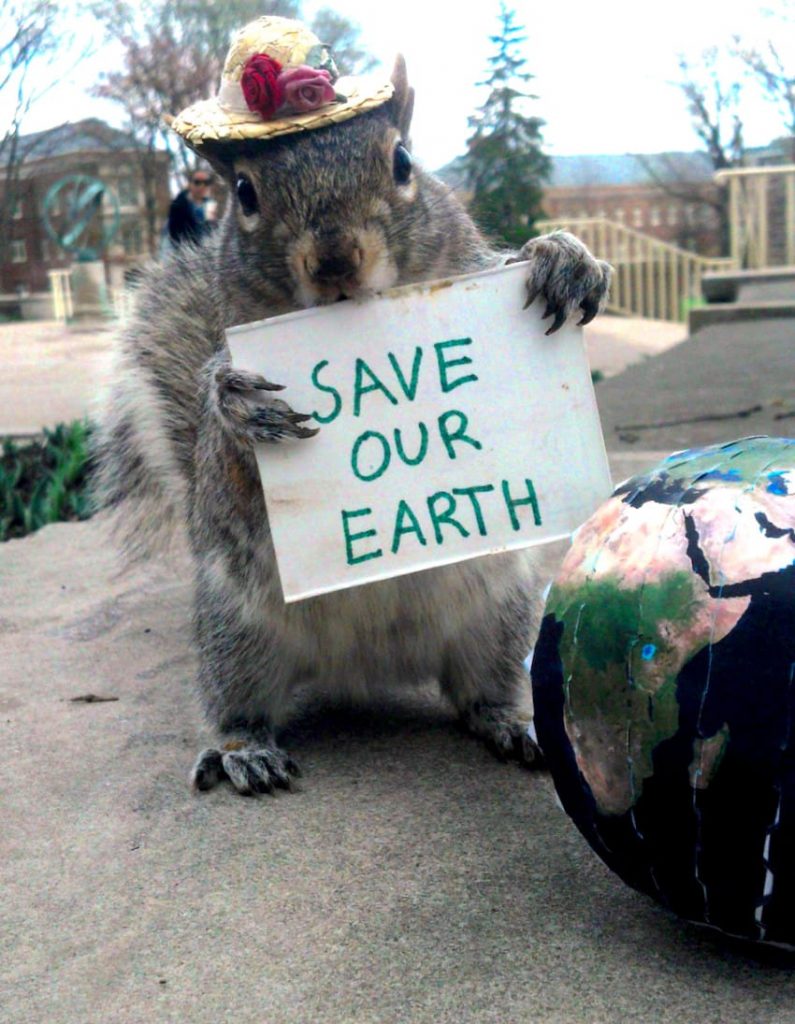 We have all seen squirrels lugging around nuts or frantically trying to bury them. It turns out, though, that squirrels don’t always dig up the edible treasures after stashing them.

In fact, these forgotten nuts often grow into trees, meaning squirrels play a huge role in conserving our ecosystem!

3. They Are Friendly Little Guys 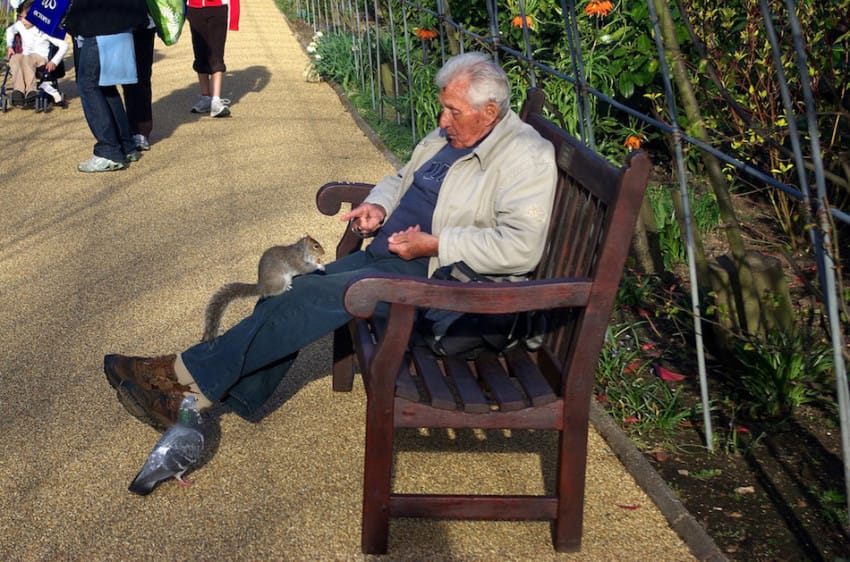 Very few wild animals are trusting enough to approach humans. Squirrels, however, are generally friendly creatures. Many are accustomed to living near humans — so much so that some will eat directly from people’s palms!

Some of the most social squirrels even let their human friends dress them up! Just ask Penn State’s self-proclaimed “Squirrel Whisperer,” who is known for crafting miniature hats for her pal Sneezy.

4. They Are Actually Extremely Intelligent 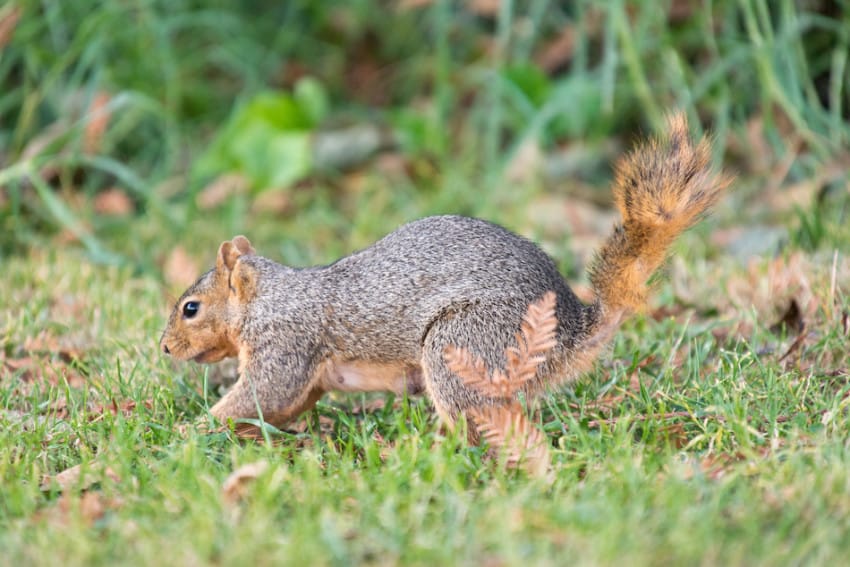 A lot of people mistakenly view squirrels as unintelligent — especially considering they often run in front of cars for seemingly no reason. As it turns out, though, this is a natural behavioral response for squirrels, who smartly escape hunters by running in unpredictable zig-zags.

According to One Kind Planet, squirrels are actually quite cunning. They have been known to stage fake nut burials to divert potential thieves. How clever!

5. They Get Pudgy During The Winter, And It’s Honestly Too Cute 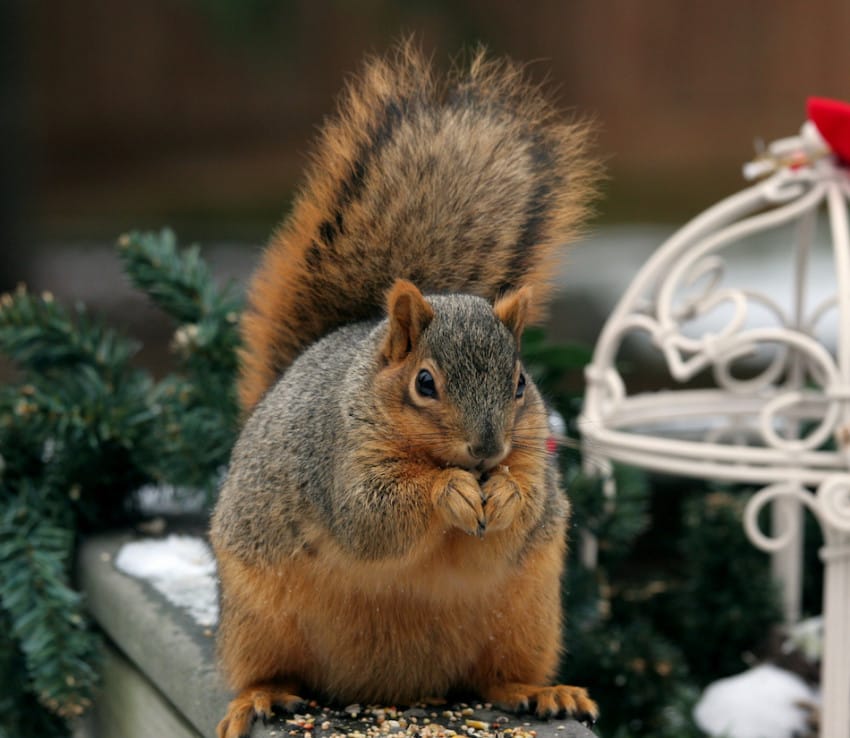 According to the Natural Wildlife Federation, it is common for squirrels to pack on pounds during the winter in order to stay warm.

They can also consume their body weight in seeds (approximately four pounds) over the course of a week! Have you ever seen anything more adorable? 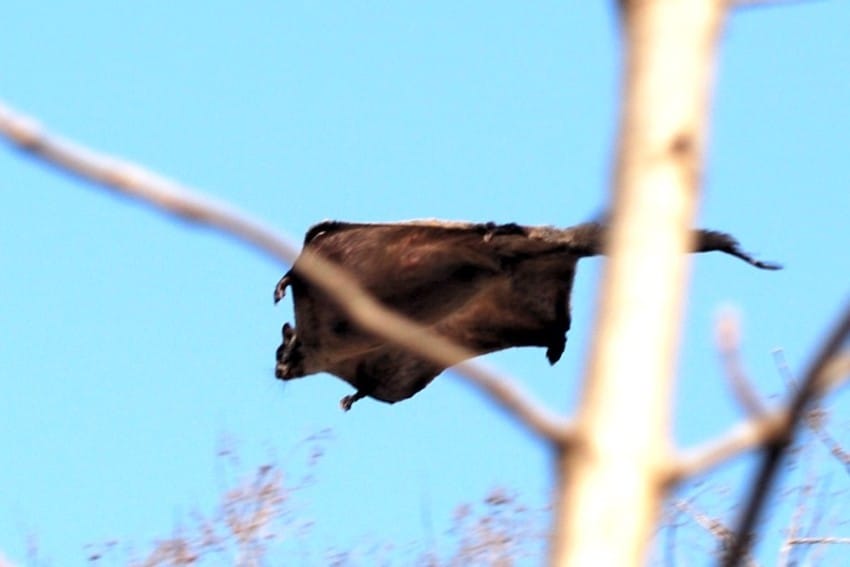 Well, technically, flying squirrels do not “fly” as much as they glide between trees.

According to The Wild Bird Habitat Stores, some squirrels can even glide as far as 290 feet with one leap! They simply play out their arms and legs, and the stretchy skin between their limbs and bodies (called “patagia”) acts like a parachute.

7. They Can Help You Boost Your Business 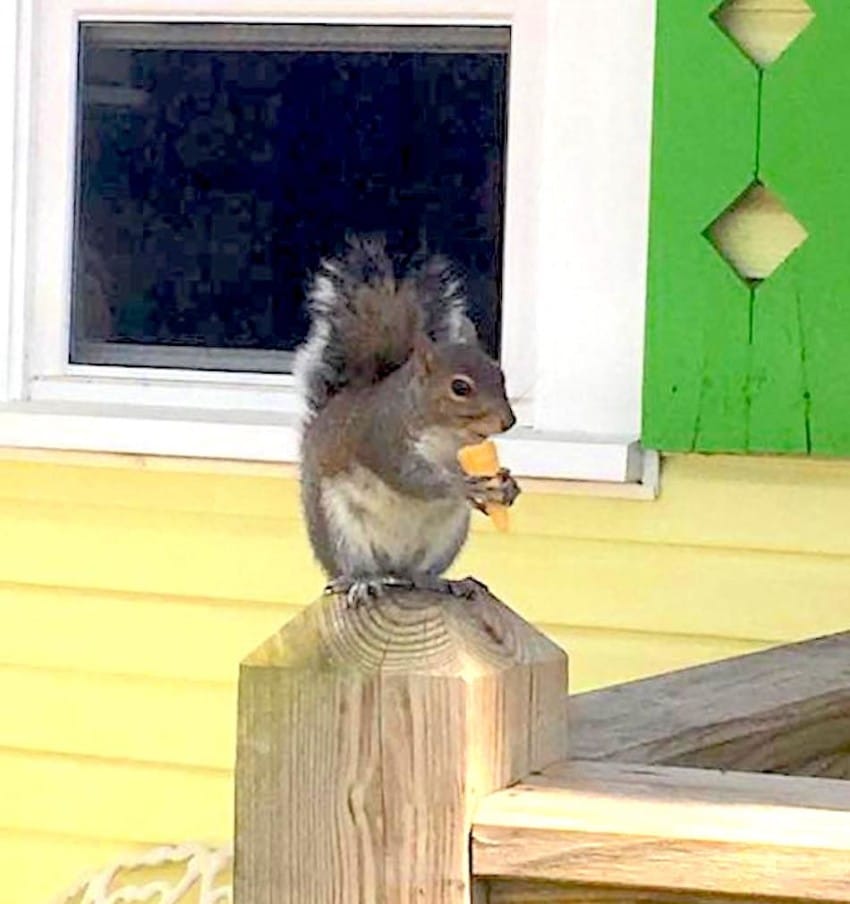 Last summer, Putter the squirrel showed up at Fantasy Isle Ice Cream and Mini Golf in North Carolina. Putt-Putt, as he is now fondly known, frequents the ice cream joint, enjoying tiny cones hand-crafted for him by the store owner, Scott Martin.

This cute visitor has become quite famous throughout the town, and he often lures curious customers into the store. Is this a perfect business model or what?

8. They Are Impressively Acrobatic 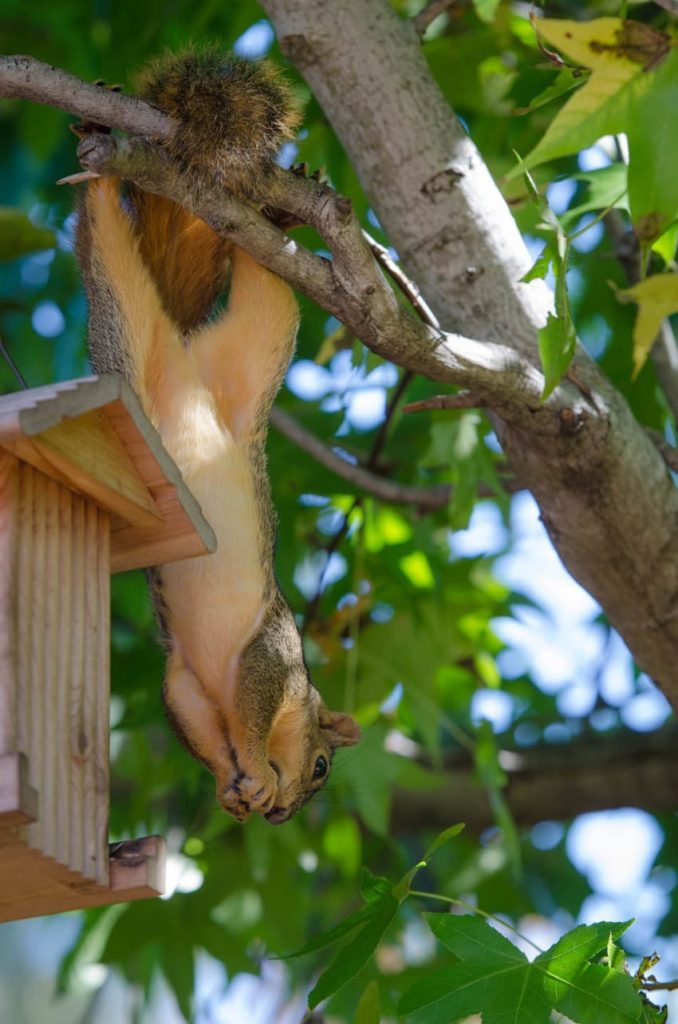 Have you ever seen a squirrel scale a tree in less than three seconds? It’s no secret that these animals are extremely athletic and can surmount almost any acrobatic challenge. 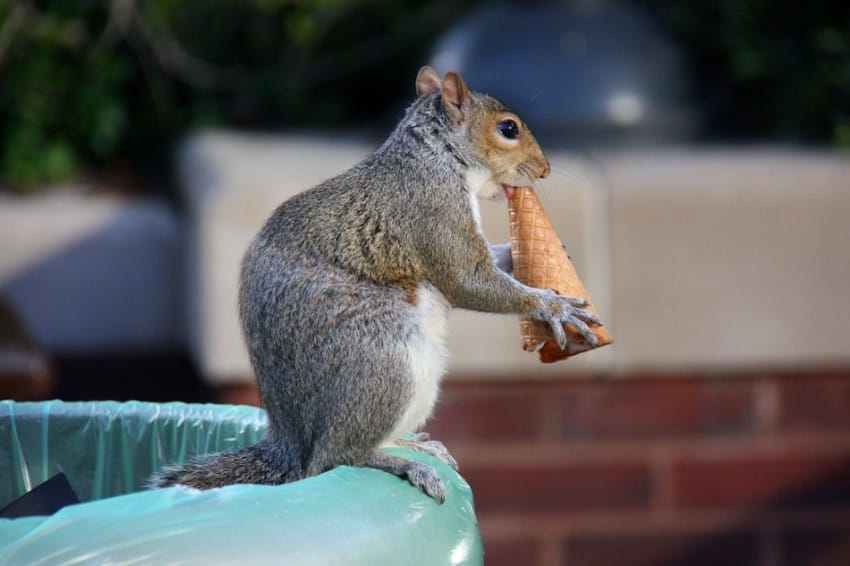 One of the funniest moments of my life was walking to class at my university and spotting a squirrel perched on a trash can, eating a giant slice of Sbarro pizza.

Although many people don’t like animals rummaging through their trash, there is something to be said for the fact that squirrels don’t let food scraps go to waste. They help clean up food that ends up on the ground or at the bottom of neglected trash cans. They’re like nature’s tiny janitors!