When Jotto the elephant was only one-month-old, he was separated from his herd. He had fallen into a well when he was pulled out by rescuers from David Sheldrick Wildlife Trust (DSWT). Jotto was brought to the elephant orphanage in Kenya so he could grow up in a safe environment.

When he is healthy and old enough, he will be released into the wild. 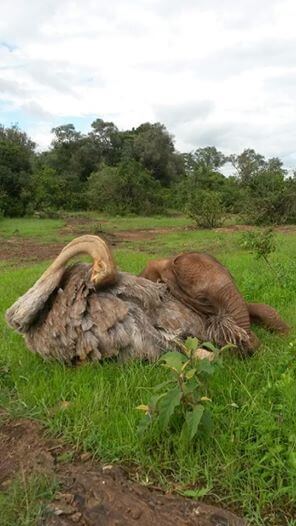 The orphanage was full of other elephants, but Jotto preferred to spend his time with an ostrich named Pea. Pea had been rescued in October 2014 during an elephant rescue when she and brother, Pod, needed help they were brought back to the orphanage. 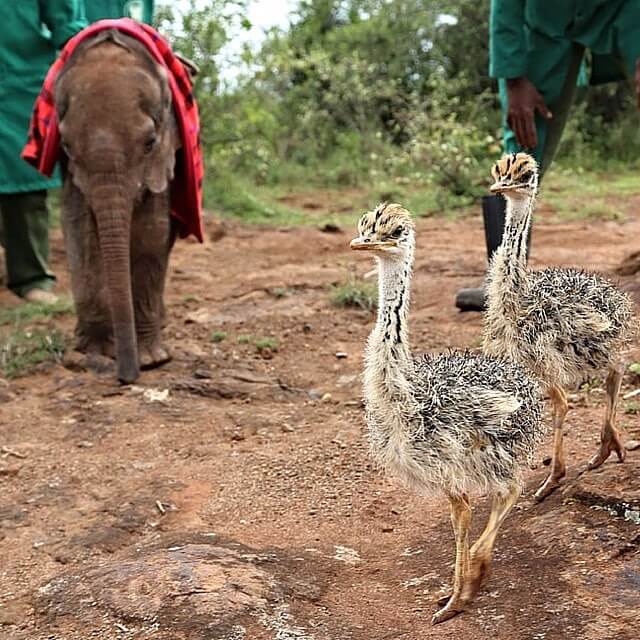 Pea and Pod had grown up to be healthy ostriches. Pod was so full of life he left the orphanage on his own. Pea decided to stay and hang out with her elephant friends. Besides Jotto, Pea has made another notable friend at the orphanage, Kiko, an orphaned giraffe. 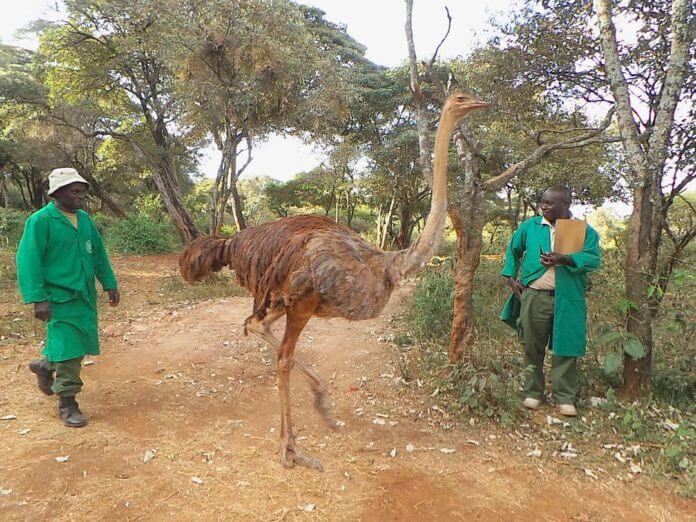 DSWT wrote on their Facebook page that Pea seems to think she is part of the elephant herd and Jotto loves to cuddle with her. DSWT added that the Nairobi Nursery is a place where orphaned animals can heal, have tender moments with each other, and when ready, be returned to the wild. 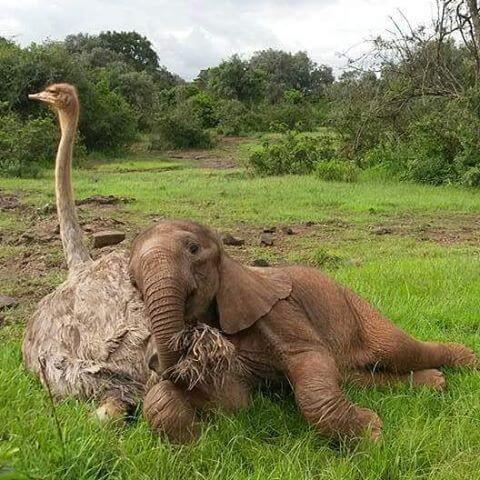 You can keep up with all the animals at DSWT by following them on Facebook.