Hugo, a stray dog, ended up on the streets all alone. He began spending his days near a factory with a group of other stray dogs. One day he got into a fight with another dog and ended up injured. When a factory workers spotted him, he decided to call for help.

Hope for Paws was called and drove out to the factory to try and help him. When rescuers arrived, they found scared Hugo resting on a blanket next to a fence…

…but as soon as he spotted them, he got up and limped behind the fence. He was too afraid to let anyone near him. 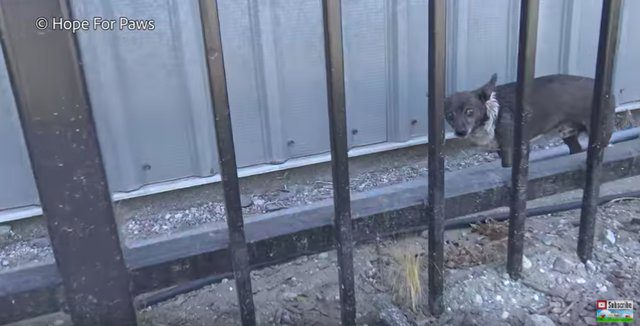 Rescuers tried everything to rescue Hugo. They offered him food, but he was so afraid he scurried into one of the garages at the factory where hid under a bulldozer. 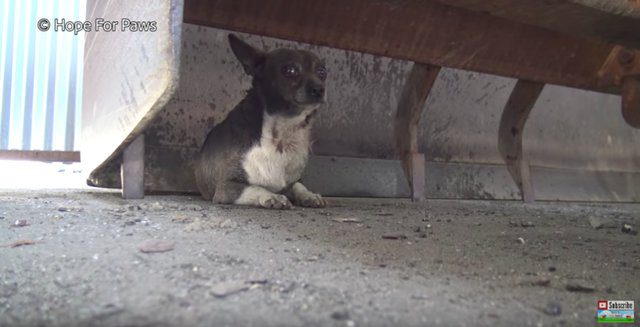 He was paralyzed with fear and just stared at the food instead of eating it. 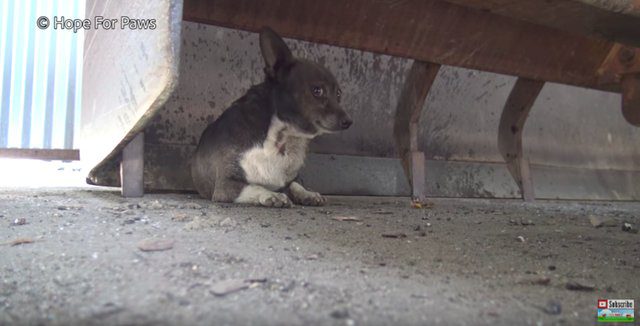 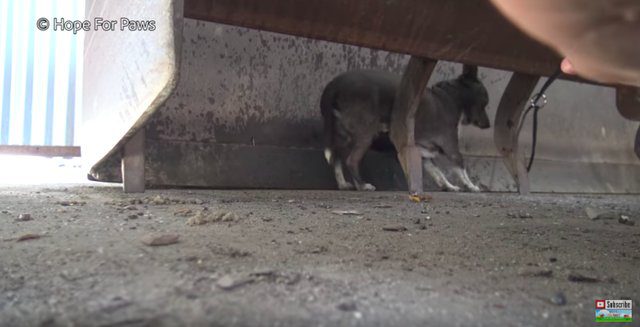 …and after a bit of a struggle, they were finally able to secure him. 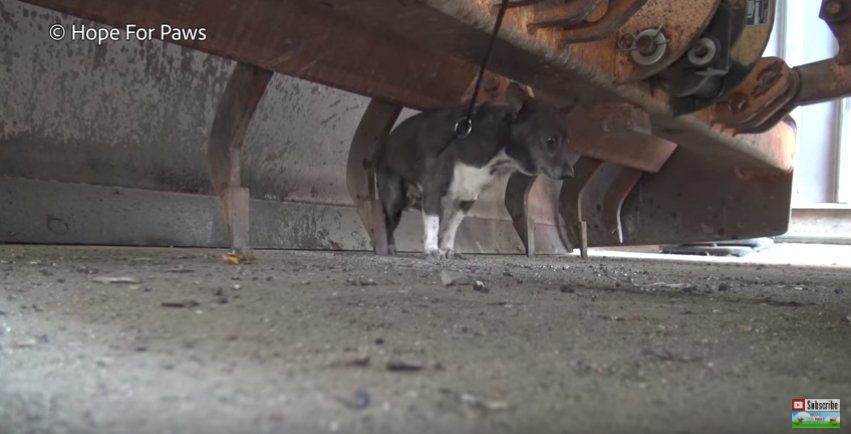 Poor Hugo was incredibly scared and nervous about the whole situation and just sat and stared at his rescuers, still unsure of whether they were there to help him or harm him. 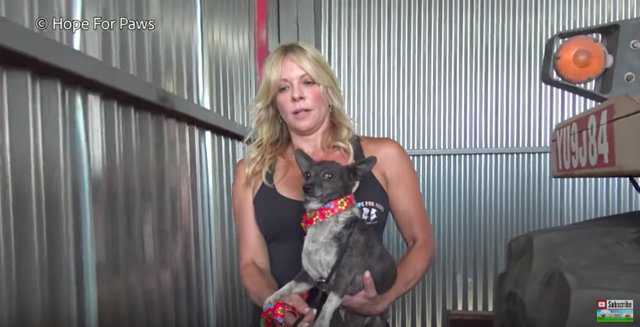 Hugo was immediately driven to the vet to get his injuries checked out. His wounds were more serious than they had originally thought, they were incredibly deep and infected, and he ended up needing surgery and drains to help clear the infection. 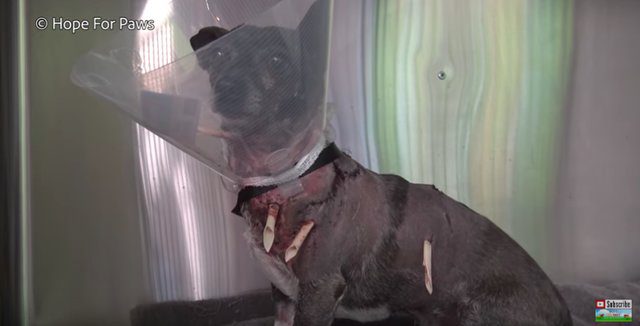 When Hugo began treatment for his injuries, he became a completely different dog. His pain had made him fearful of everyone, but once he was feeling a little better, he realized he was safe, and began to warm up to the rescuers. 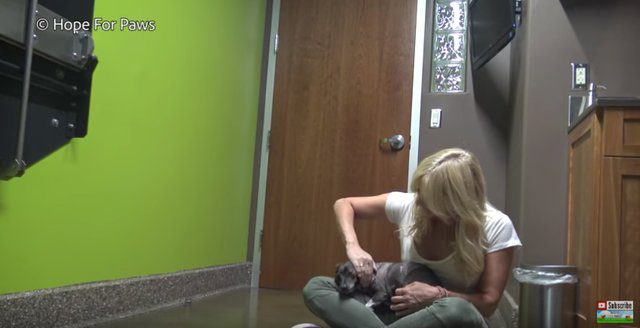 Hugo is now completely healed and is loving life in his foster home. He is so happy, and has many foster dog siblings to play with along with a foster family to give him so much love.

Watch the full video of Hugo’s rescue below: