Home
animals
Cop Lets Speeding Driver Off With Warning, Choosing To Save A Lost Kitten’s Life Instead

Officer McGuire of the Henrico County Police pulled a car over for violating the speed limit on Interstate 64. That’s when he spotted a terrified kitten scampering along the grassy median just feet away from where they stopped on the highway. The officer feared that the kitten might end up running into the road, the officer leaped into action.

That is when a routine traffic stop turned into a rescue mission to save the life of a little creature in desperate need of help. 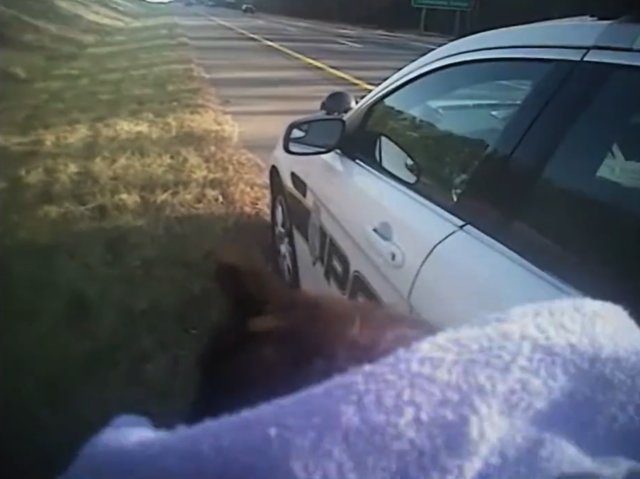 McGuire’s body camera was filming when he slipped on a pair of protective gloves and followed the tiny cat, capturing her in some grass clippings.

McGuire’s priority was now to get the animal to safety: “Because he then had a kitten in one hand, he let the speeder go with a warning,” a police spokesperson said.

McGuire swaddled the kitten in a towel, and then drove her to the local animal shelter for safekeeping and, with any luck, her eventual adoption. But not before he memorialized the rescue with a sweet selfie. 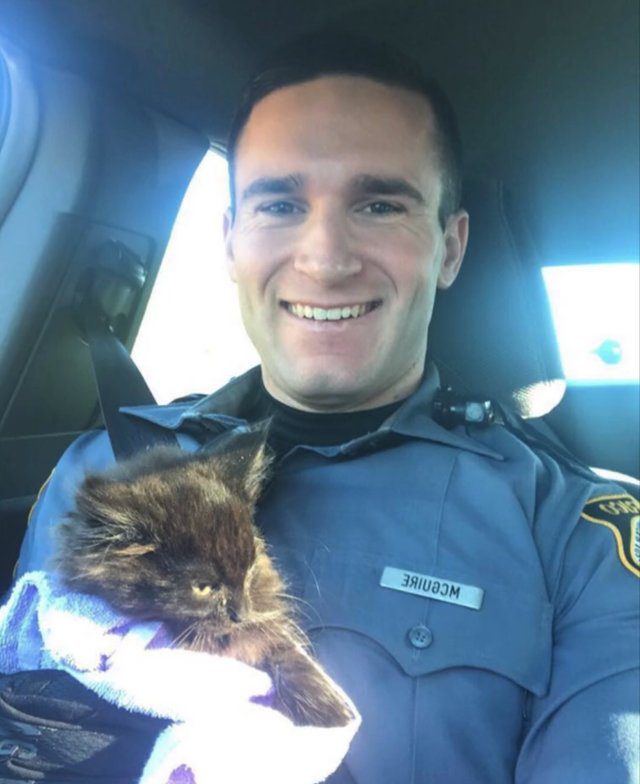 The speeding driver probably did deserve a ticket, the police spokesperson agrees that McGuire did the right thing by considering the kitten a higher priority: “We’re committed to the safety and welfare of animals and we are completely supportive of his actions,” or, as the department stated in a post online, it was “perfect timing for a traffic stop.”