A lot of kids dream of the day someone agrees to buy them a horse. For most, though, it’s not exactly a practical purchase, and so that dream just remains a dream.

For Kimberly Lewis, though, it actually came true, but not until she was a grown-up, and not before she learned a bit more about being selfless and kinder than the average horse-demanding kid.

As a gift, her husband said he’d buy her a horse; anyone she wanted.

After checking out some horses, Lewis was having a hard time feeling a real connection to any of them. Driving home, though, Lewis spotted the horse she’d been looking for.

The horse was in a field at an animal shelter and was far from the majestic creature that she might have initially imagined.

Instead, this horse was in a truly, and worryingly, sorry state. “She was a heartbreaking sight,” Lewis remembers. “Total skin and bones, hair matted, hooves overgrown.”

And that’s when Lewis knew that this sad, lonely, and a mistreated horse was the one she’d been looking for all along. She wanted nothing more than to give the horse the chance to run, play, and enjoy life, like so many other rescued horses across the country. 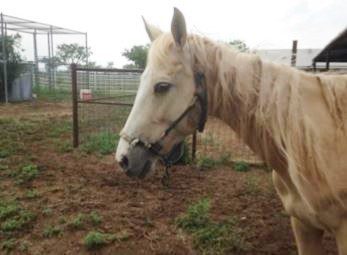 After being unable to feel a connection with any of the horses she met, Kimberly Lewis happened upon this horse by chance.

The horse was living at a shelter for battered horses (which is, unfortunately, a thing) after being abused and neglected by her former owner. 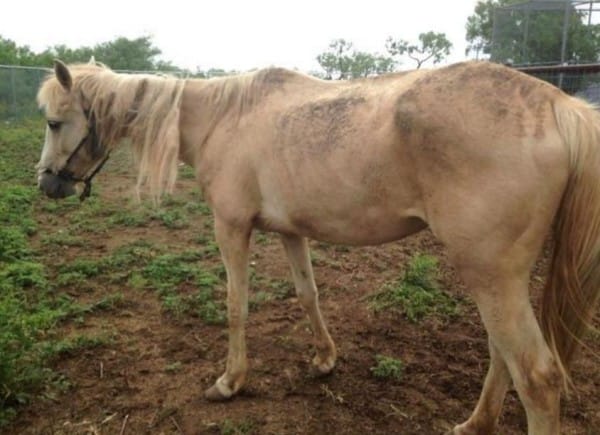 The horse weighed 812 pounds, nearly half the healthy weight for a horse this size. Her hair was dirty and matted, and her hooves were overgrown.

Worst of all, Lewis says, was her eyes. They were dark and empty, as though the will to live had dried up. 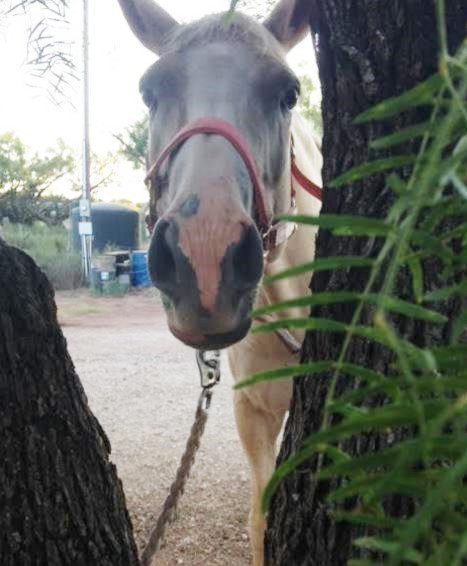 Lewis knew it was possible that this horse would be too damaged, both physically and emotionally, to ever be ridden. She didn’t even know if she would recover.

“All I knew was she deserves a chance to be a horse,” she says.

She forked over $50 and took her home in May of 2015, and gave her the name Dolly. Before that, the horse had never had a name at all. 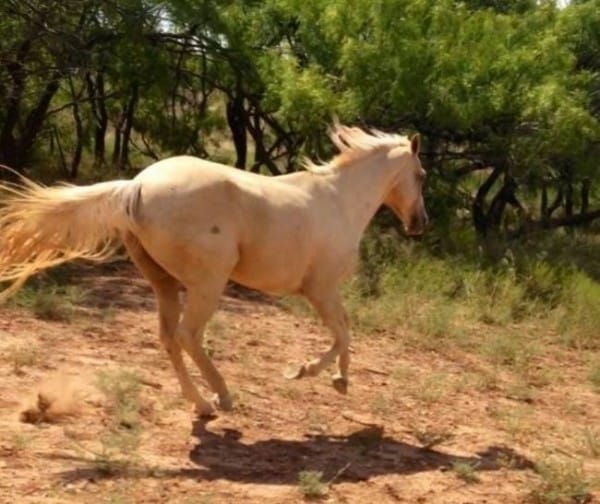 And a year later?

Dolly is almost unrecognizable! She’s now a healthy weight at 1,400 pounds and is thought to be about 4 or 5 years old. 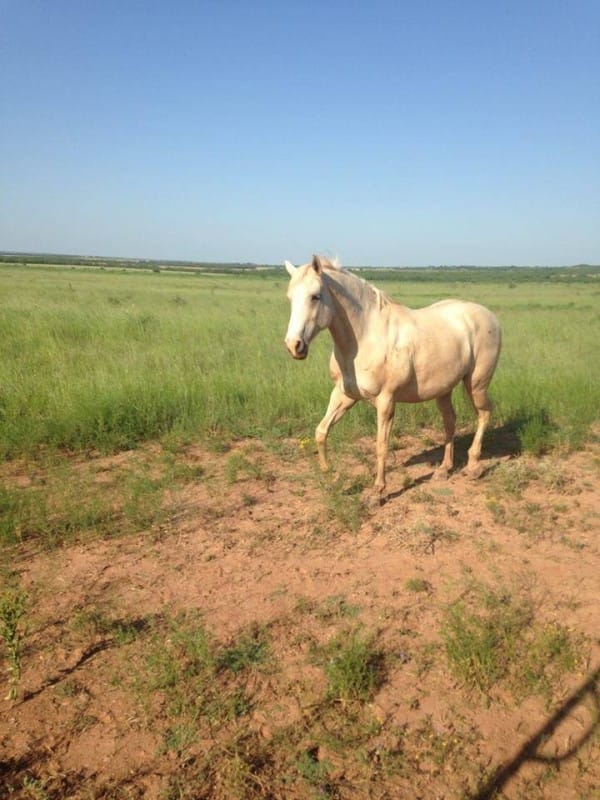 And she’s not only recovered physically but emotionally, too.

“The biggest change in her eyes and her personality,” Lewis says. 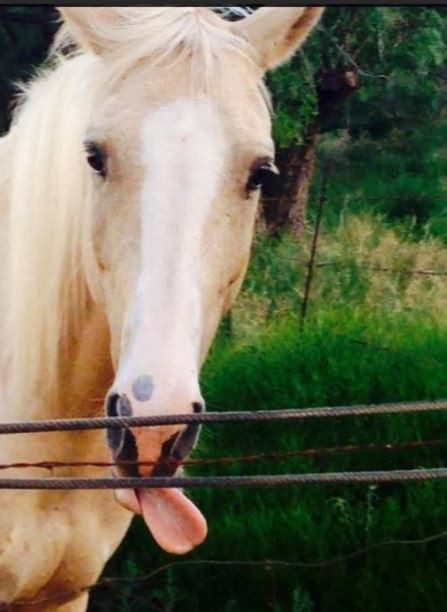 It turns out Dolly is a pretty silly girl, too.

As for Lewis, she says, “As corny as it sounds, we rescued each other. I am constantly learning from her, becoming a better person because of her.”

If you want to help horses like Dolly, check out this directory for rescue organizations by state.