Salty the greyhound is known as one of the fastest dog breeds on the planet. Salty is a white dappled dog who often visits the coffee shops and pubs around Melbourne, Australia. Her mom, Lucy Percival, loves her social spirit. 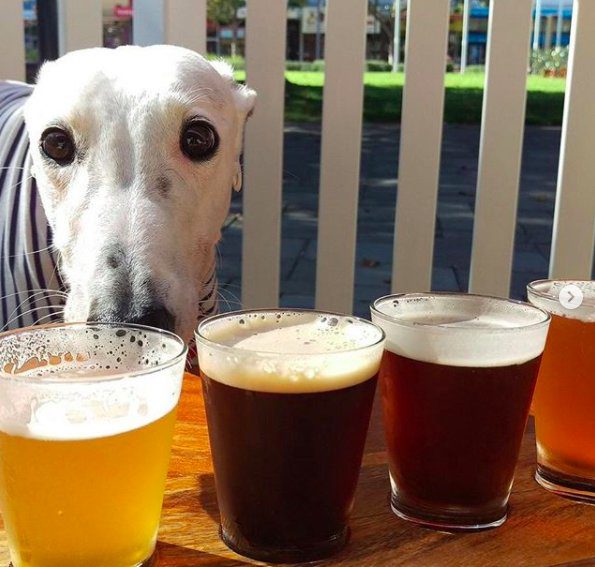 “We live in Melbourne, which is famous for its bars and cafés, and Salty is a true ‘Melbourite’ as she loves them, too,” Percival said. “Salty’s favorite things are catching the train to go to a bar, or walking to our local cafés for a puppuccino. If she chooses her walk route, she always chooses to walk to the train station!”

Many dogs prefer the dog park, Salty isn’t like most dogs. 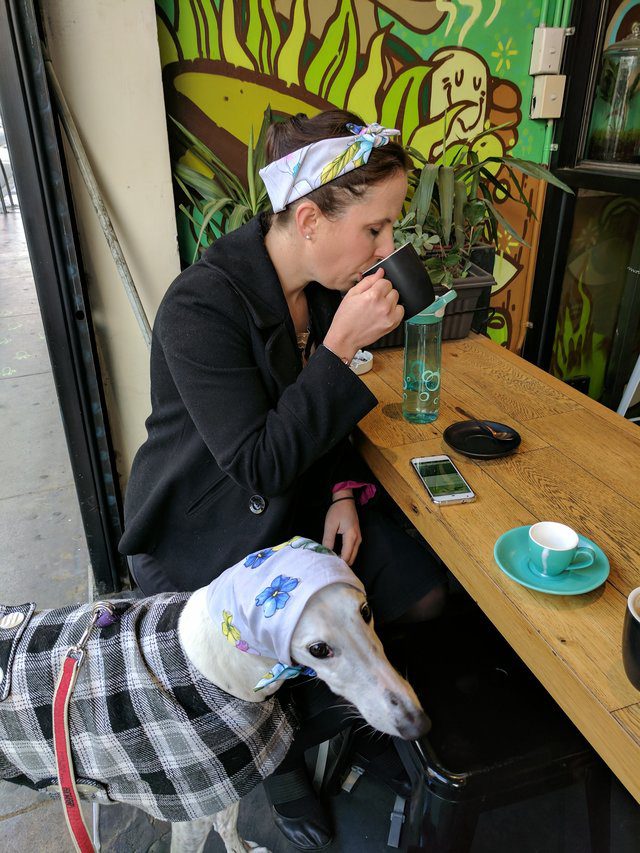 Whenever Salty is sitting at her favorite spot, she reveals her pronounced front teeth and her jaw starts to chatter. This behavior draws curious stares from her fellow café patrons.

“Some people think the shaking is because she’s sick, scared or cold,” Percival said, “but she is definitely healthy, happy and warm in the Melbourne summer!”

Chattering is one trait that makes greyhounds special. Greyhound teeth chattering is a sign of happiness or contentment, similar to a cat’s purr.

Though Salty’s chattering can get quite noisy. 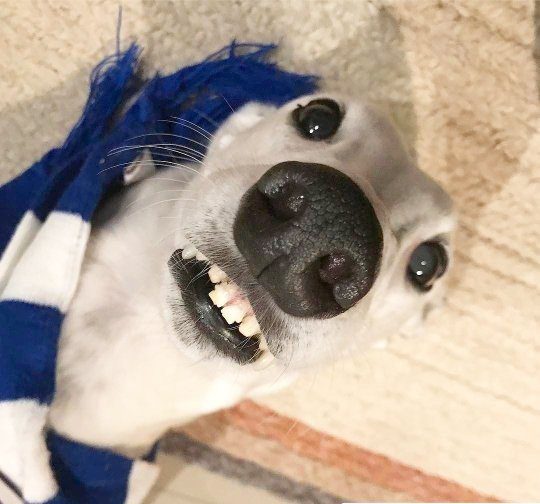 “Her lower jaw is slightly shorter so her top teeth are more prominent. I think that her top teeth have not worn down over time because she doesn’t chew with them much,” Percival noted. “But there’s no trickery in the little toofers, they’re always prominent.”

Percival and her partner adopted Salty two-and-a-half years ago, and her buckteeth have helped her build a following on Instagram. 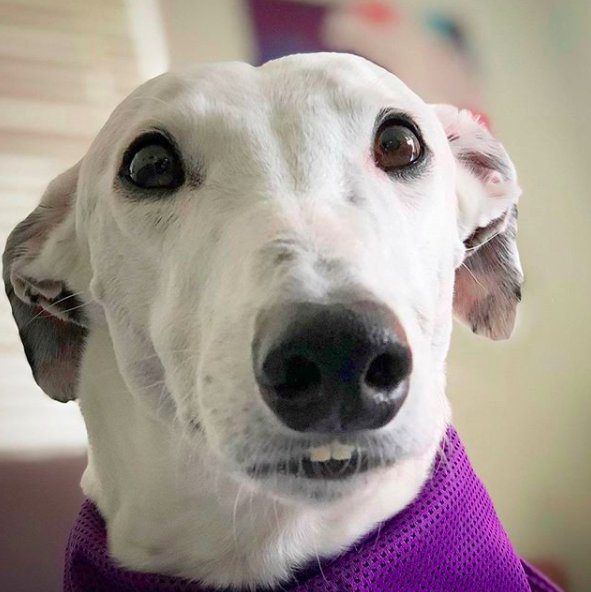 “As soon as I saw Salt (as she was called) I was smitten,” Percival said. “I have a lot of cooking salts and flavored salts (about 14 types). It’s a bit of an obsession. So it just seemed so perfect that a dog called Salt would join our family.” 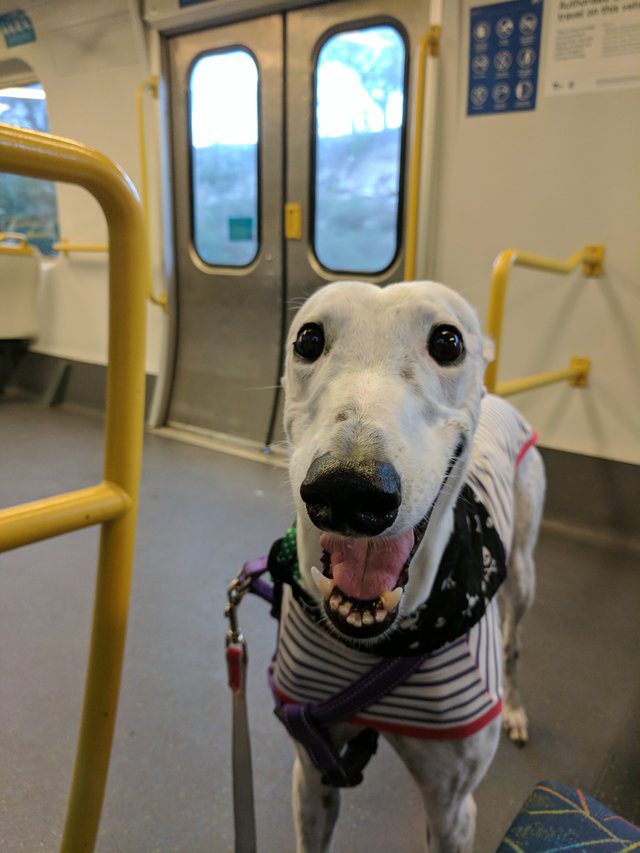 “Getting Salty gave us an instant support network and amazing group of friends. We now volunteer with Gumtree Greys at its market stalls and it’s so much fun hanging out with our new friends and a bunch of greyhounds every weekend,” Percival explained. “It also helped us meet many of our neighbors and we have made lots of friends in our local area through Salty.” 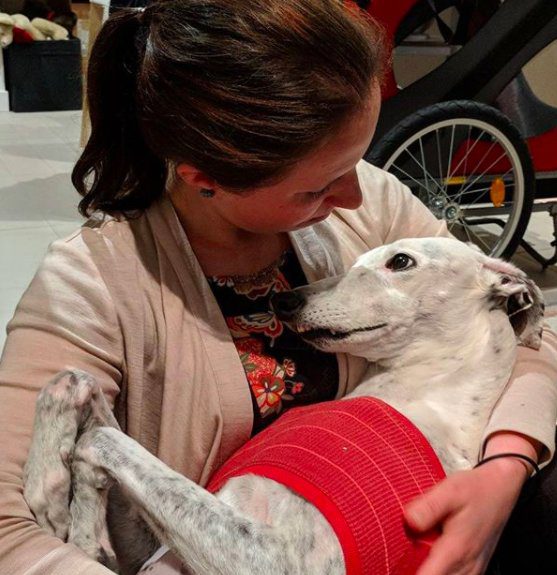 Salty has transformed their lives in other indescribable ways. “You can’t really explain how unconditional love changes your life,” Percival said. “Salty is our baby and we are besotted by her … Salty’s dad is just as doting as I am. The greatest joy in our lives is seeing her happy.”