Marley’s Mutts in California rescued Hooch three years ago. Poor Hooch had had a rough start in life when someone had chopped off his ears and removed his tongue. Amy Klein from Marley’s Mutts thinks that Hooch was used as a bait dog in someone’s dog fighting ring. Without a tongue, Hooch could not eat properly and was 40 pounds underweight. 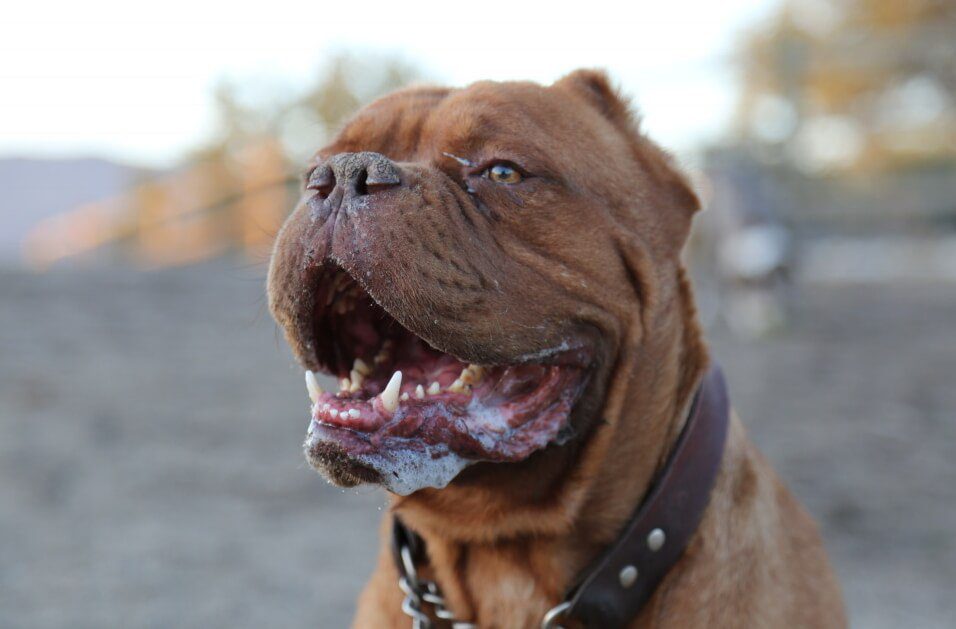 Marley’s Mutts started feeding him with a feeding tube to get his weight back up. Now he eats dry food by hand after soaking it in water. 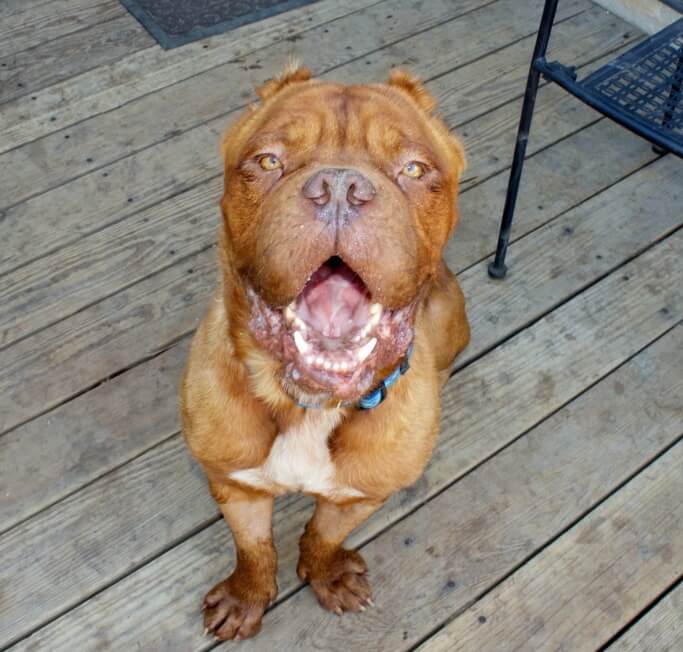 On order for Hooch to take a drink, he has to dunk his whole head under water. Hooch was adopted by Zack Skow, founder of Marley’s Mutts, and he now weighs 93 pounds! Hooch and Skow work to help others in their community. 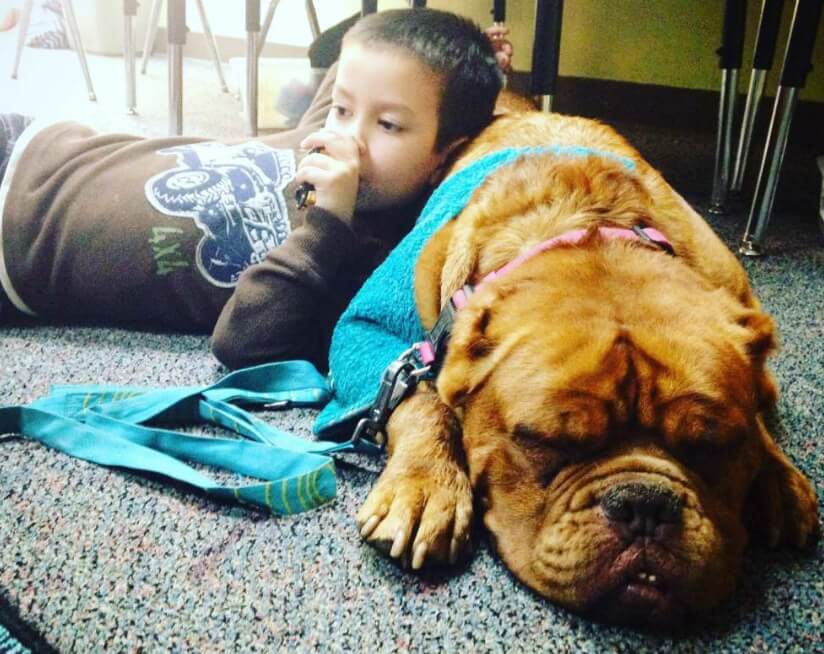