Here at LittleThings, we love optical illusions. Whether it’s one of those books from our childhoods that required you to cross your eyes to see the hidden image or a Where’s Waldo-style search image, we can’t get enough.

A few weeks ago, we covered this hysterical real estate photobomb, in which a child ended up turning a picture into an optical illusion.

Today’s optical illusion is similar, as it also features an image taken in someone’s home, with a sneaky intruder hiding in plain sight.

But you shouldn’t look for many people in this photo. Nope, this time, the intruder is a small dog.

Even people who consider themselves great at optical illusions are getting stumped by this tricky photo. Think you can find the dog hiding right in front of your nose? Take a look at the photo below!

(And don’t worry if you can’t find it right away, we’ll walk you through it to find the answer!) 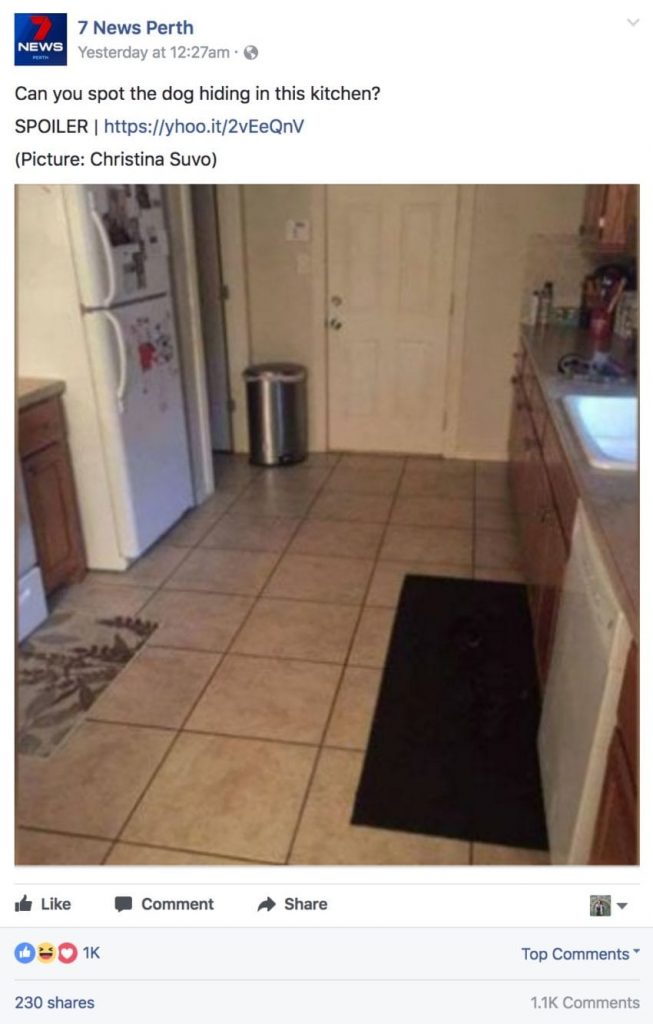 According to 7 News Perth, a woman named Christina Suvo originally shared the photo, claiming there’s a dog hiding in the picture.

People were a little skeptical. It doesn’t look like there’s a dog in the photo, but trust us, there is.

Do you see where he is? 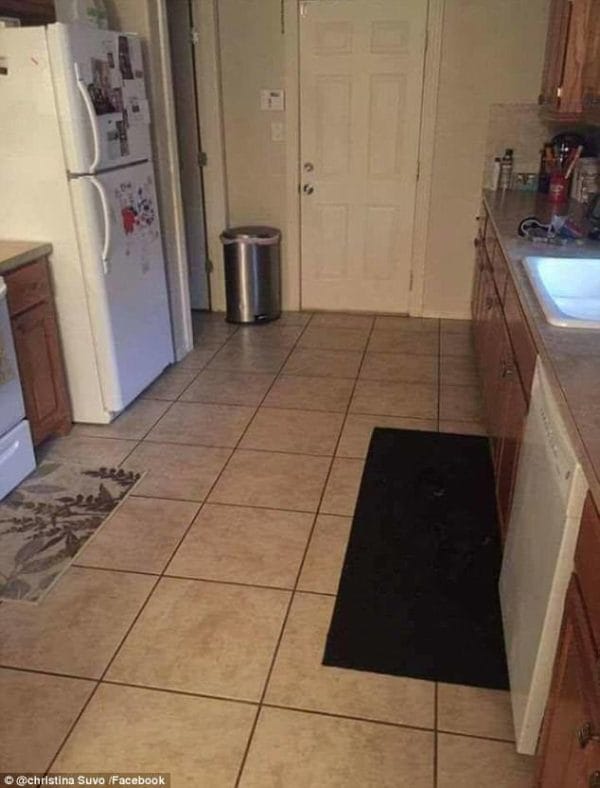 Here’s a full-sized picture of the kitchen photo. Can you see the dog now?

In fact, lots of people find this challenge incredibly tricky, and some even think it’s just a joke.

Let’s do what we often do with optical illusions: break the image down into four quadrants and take a deeper look.

Go one quadrant at a time, starting at the top left.

Have you found the dog yet? Here’s a hint: he’s in the fourth quadrant. 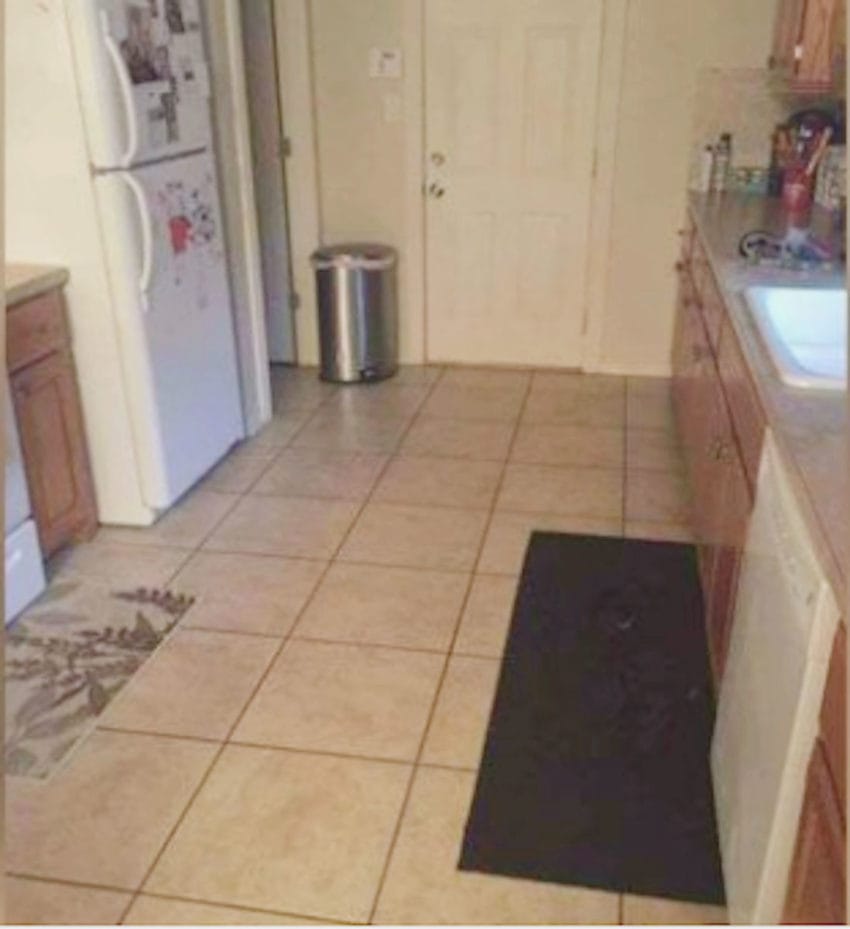 Still can’t see the dog? Check out this lightened and enhanced photo of the scene.

Keep in mind that you’re looking for a dog in the bottom-right corner of the photo.

To see exactly where the dog is, click on the image below. 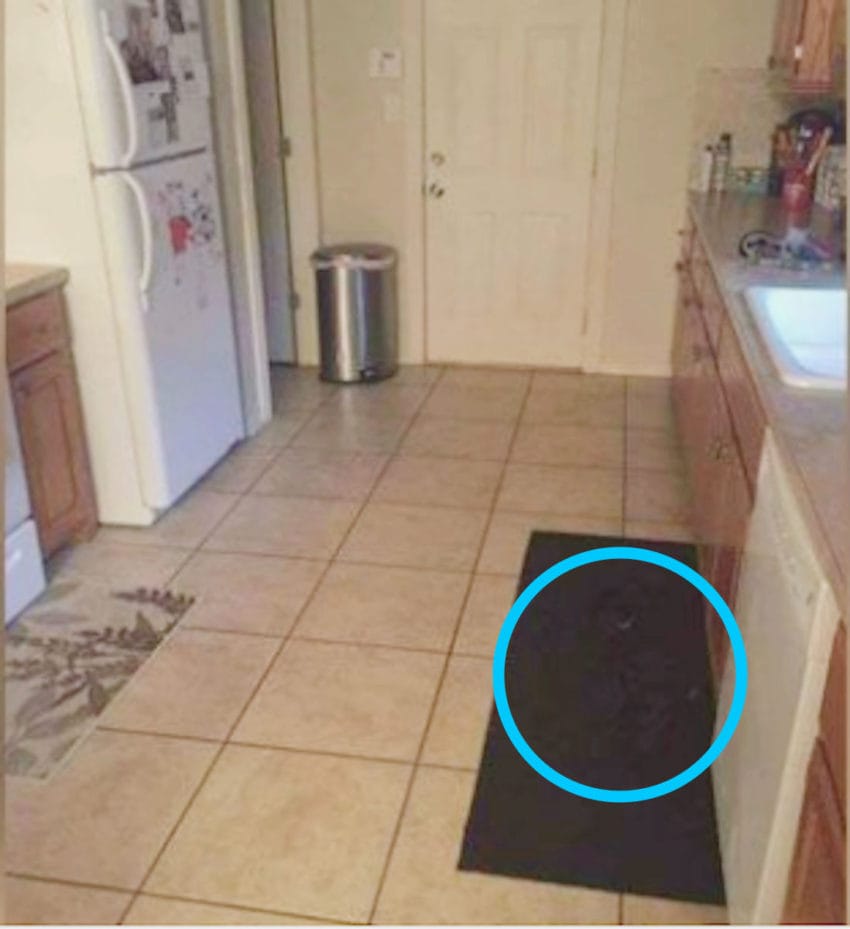 It’s still hard to see him, but his light-colored belly is just barely distinguishable against the black mat. 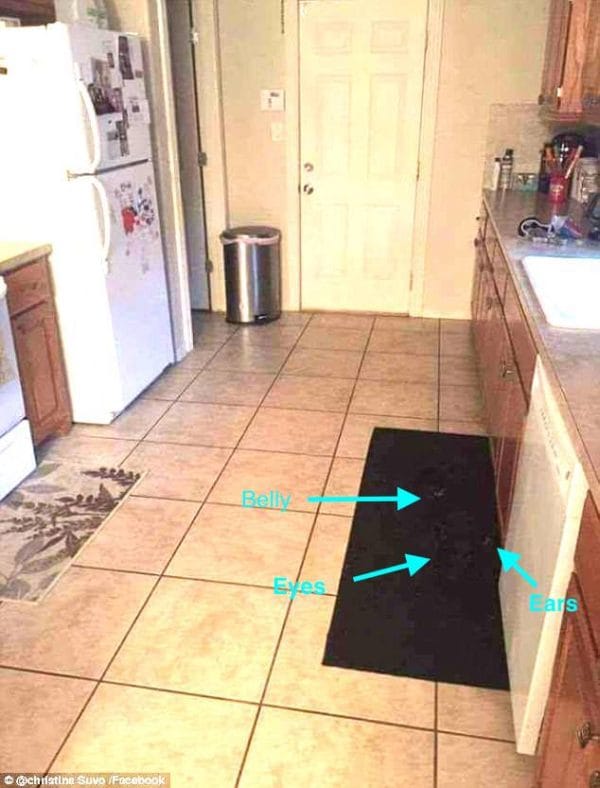 The arrows above point out the dog’s eyes, ears, and belly.

Yes, it’s still a little tough to see the black pup on the black carpet, but he’s definitely there.

The lighter fur on his underside and the pink inside his ears just barely show up against the carpet. 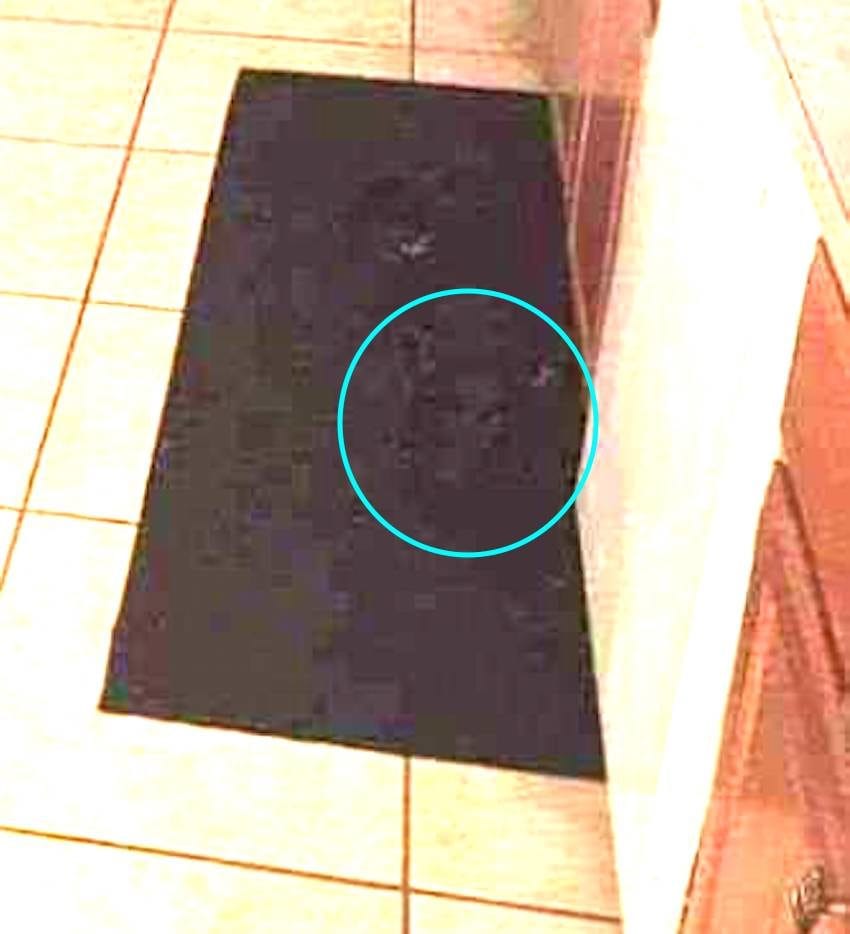 If you’re still having trouble seeing the pup, here’s a zoomed-in look, where the photo has been lightened and adjusted.

You can see the dog’s face pretty clearly. He has a long snout, big adorable eyes, and it looks like one of his ears is flipped inside-out!

While he’s still a little fuzzy, you can clearly see that it’s a full-grown black Labrador retriever, all snuggled up on the carpet.

Labs usually weigh between 60 and 70 pounds, so it’s pretty impressive that such a large dog was able to hide in plain sight! 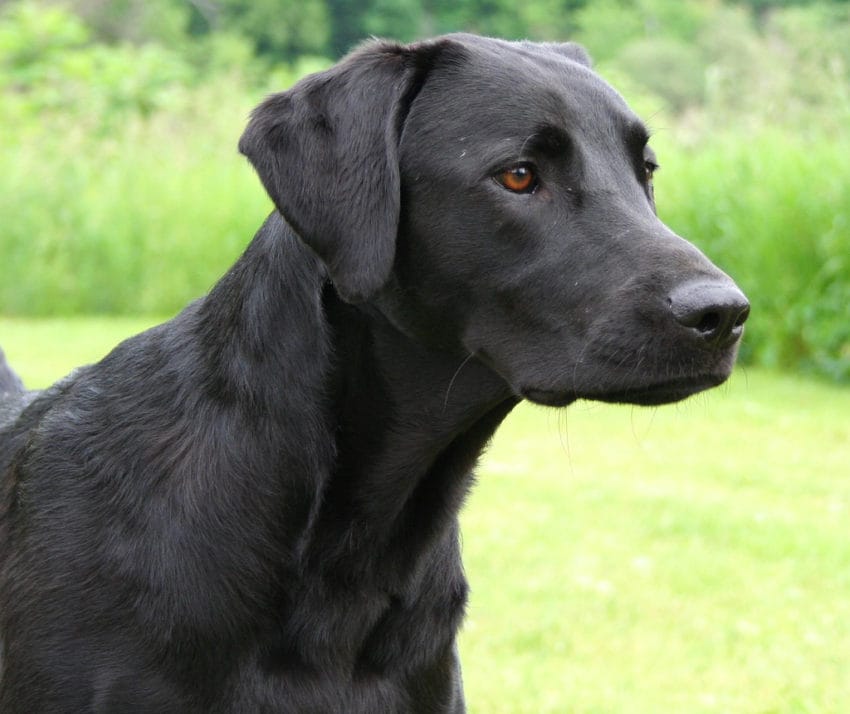 Did you see the dog on the first try?