When Krystle and Allen Woodward, who run Pinky Paws ResQ, in California, received a call about a dog they went to her rescue. Unfortunately, they failed to capture her, so they set up a harm-free trap. They were able to bring her back to the shelter and named her “Betty,” but there was a tiny problem, Betty would not stay still. She kept trying to escape.

The Woodward’s could not figure out why she was trying to get away.  That was until she was taken in for a vet checkup, and they discovered why. 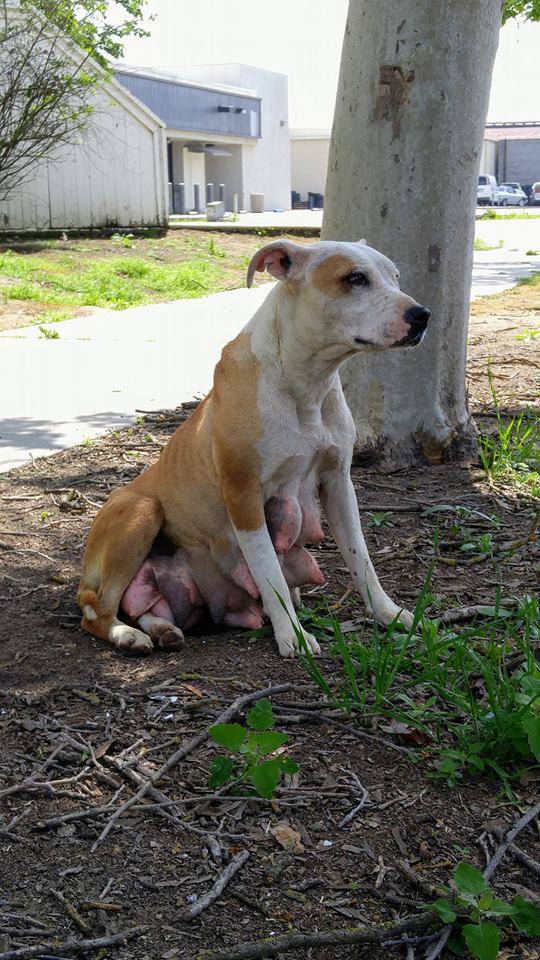 As it turns out, the vet said Betty had recently given birth and was nursing. The Woodward’s were astonished and began to worry about her babies.

“I kept thinking about all those pups suffering a painful death, starving,” said Mrs. Woodward.

Krystle had said that Betty would walk 2 miles from the county limits, looking for her pups during the day. The very next day, Woodward set Betty free from the center, and followed her, hoping she would lead her to her puppies.

Betty stopped at a deserted barn about 2 miles from the sanctuary.

The couple went inside and found 10 puppies under broken floorboards of the barn. They immediately picked them up and took them back to the rescue center, along with Betty herself. 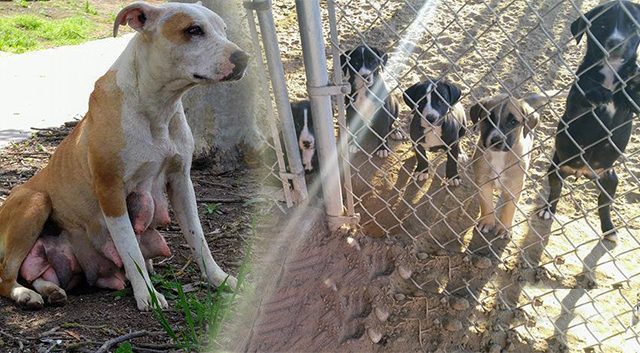 “She trusted me to show me where her 10 puppies were found. This is truly a miracle to me,” said Krystle.