Bo, the chimpanzee, was 13 years old before he ever saw the outdoors.  He spent his entire life inside of a cage at a research laboratory.

Finally in May of 2017Bo and 30 other chimpanzees who were being used in labs at New Iberia Research Center in Louisiana, were moved to a sanctuary run by Project Chimps in Blue Ridge, Georgia. There they would be able to spend their remaining years in retirement.

Special villas were built by the sanctuary team for the chimpanzees. The plan was to give them access to the huge, 6-acre outdoor habitat.

When Bo’s villa was completed, he shared it with five other chimps. The chimps were exposed to a field of grass and trees for the first time in their lives! At first, Bo stood in the doorway, hesitating until eventually, another chimpanzee named Lance pushed Bo aside and joined him. Once they were outside, Lance spun around, looking curious and bewildered. 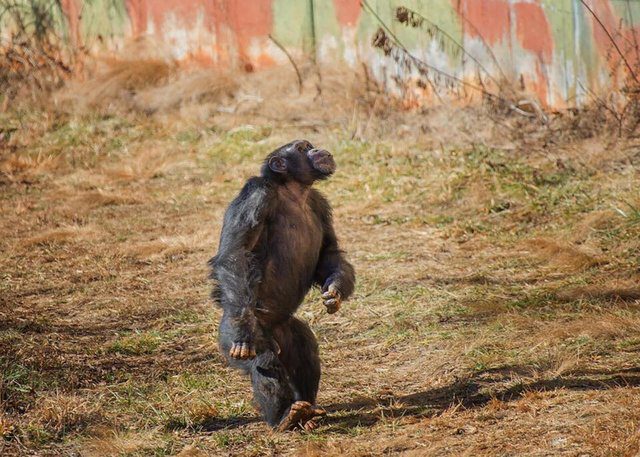 “Obviously, we don’t know what he’s thinking, but [based on] our perception of his facial expressions and the way he was posturing, he [Lance] was definitely confused, probably wondering where the bars were,” Ali Crumpacker, executive director of Project Chimps said. “And being able to see an unobstructed view of the sky — that would be the first time that they had the ability to do that.”

Eventually, the other male chimps followed Lance outside and felt grass under their feet for the first time. 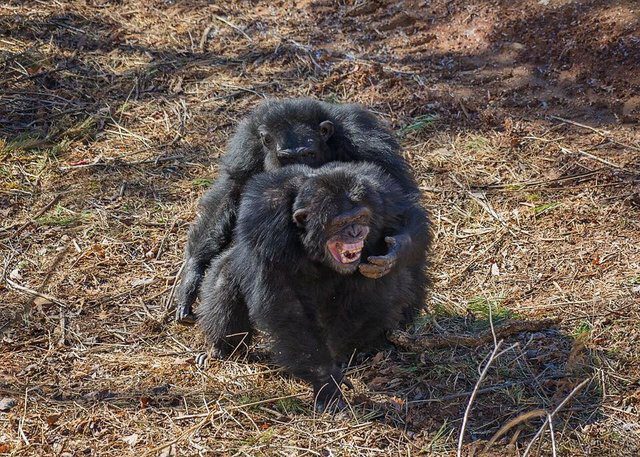 “They’ve never been for a free-for-all outside,” Crumpacker said. “The lab … had them in cages that were outdoors, so they could experience temperature changes in the sky and weather, but there were bars overhead and no grass under their feet and no trees to climb.” 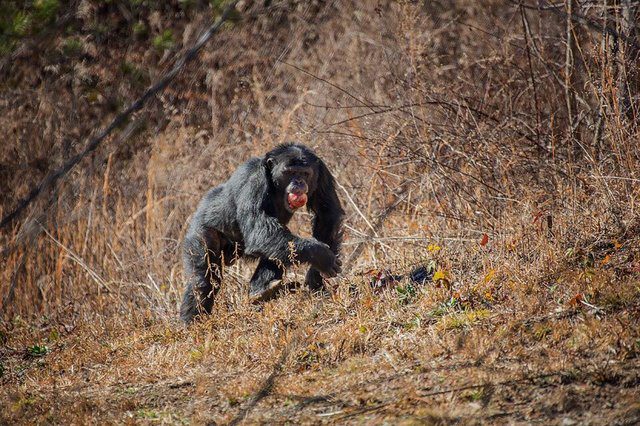 “They were galloping across fields, and they’ve never had space to move at that speed before and go those distances,” Crumpacker said.

The team had also opened up the outdoors to a group of nine females. “They kind of wandered out and wandered back in, going from the unknown back to the familiar,” Crumpacker said. 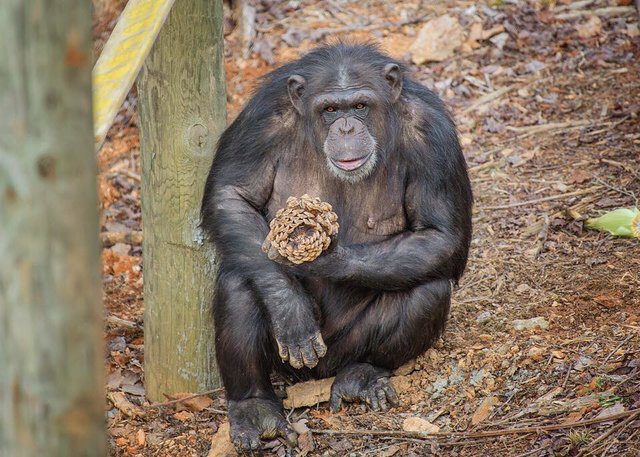 Emma, a 13-year-old female was determined to get some alone time. At first, she stayed inside the villa while the others went out. When they returned, she dashed out on her own.

“At one point, all of the females had picked up some tasty snacks to eat and they had gone back into their bedrooms, where they felt comfortable to eat their snacks, and Emma took that opportunity to go out on her own,” Crumpacker said. “She went all the way to the other side, as far as she could go. Then she found a platform to sit on and she started climbing some the structures we had added. It was like she’d been looking for that opportunity to be independent, and to just have a moment of peace away from her siblings, and get out on her own and be adventurous.” 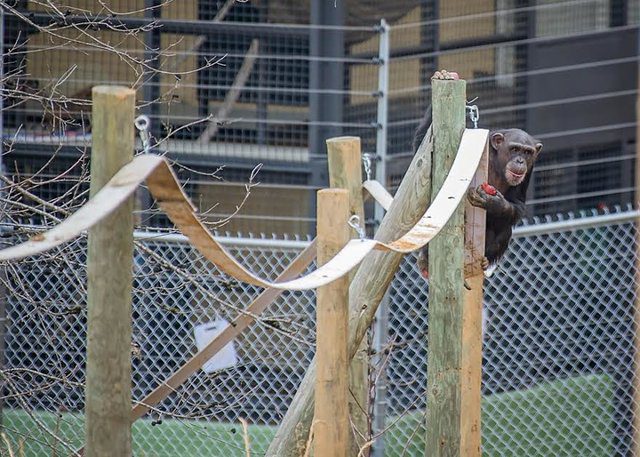 The chimps didn’t have much independence to do what they wanted while in the research lab. Although the rescue team doesn’t exactly know what their former lives were like, they knew the chimps rarely had a chance to express all their normal behaviors in a lab setting. 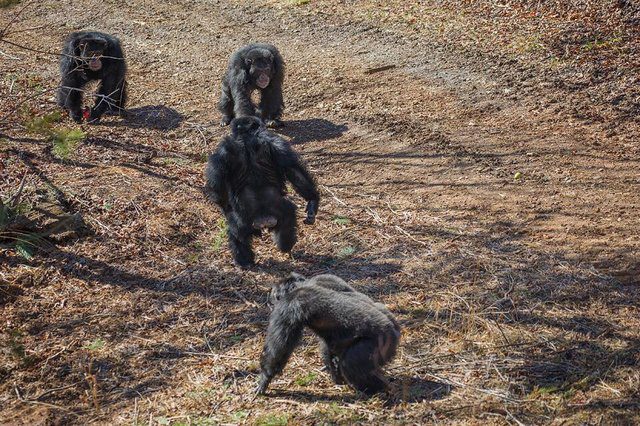 The U.S. Fish and Wildlife Service (USFWS) declared that all chimps in the U.S. should be classified as endangered under the Endangered Species Act (ESA) in 2015. Essentially it offered lab chimps the same protection as wild chimps. This meant that laboratories had to stop using chimps for research and retire them to sanctuaries.

Project Chimps has been able to retire and rehome 31 chimps to the sanctuary, and are determined to get the 180 chimps who still remain at the New Iberia lab. 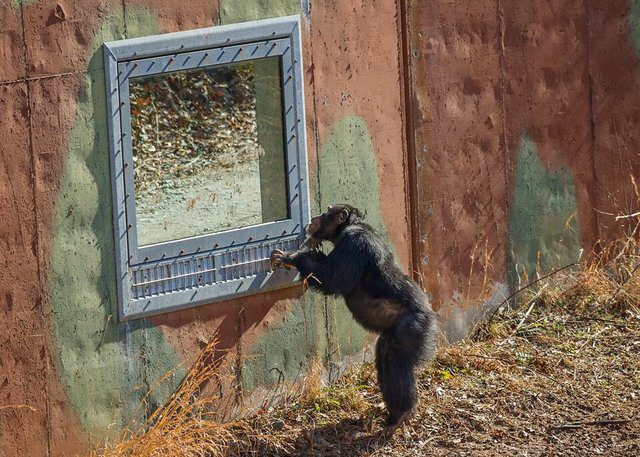 “We’re making plans to bring in the rest in groups,” Crumpacker said. “We’re doing construction constantly for the next five years, looking for sponsorships and donations to support that construction. But if we’re able to stay on track, it will take us about five years to build enough enclosures to bring all of the chimps here.” 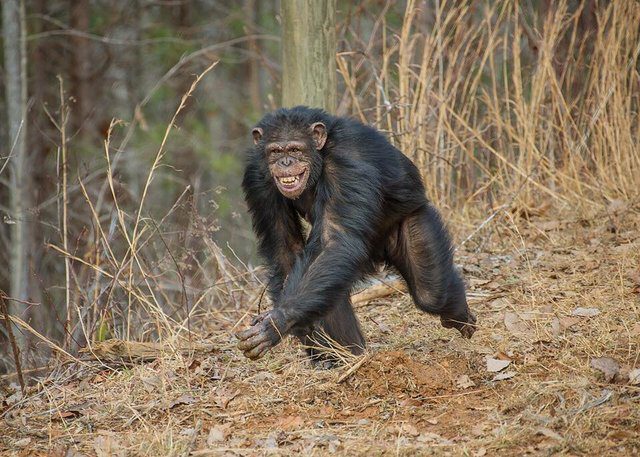 The team is working to make that happen, and doing everything they can to help Bo, Lance, Emma and the others feel comfortable with their newfound freedom.

“You know as a human that this is a positive experience and that it will be wonderful, but you can also appreciate from their perspective that this is really weird and scary,” Crumpacker said. “But you hope that those moments are short-lived and that they understand that it’s fantastic.”