Mandy Lewis decided to hire photographer Christina Elmore of The Shutter Owl Photography to take some portraits of her son Luke on his first birthday October 13, 2016. She chose her parents’ farm in Lincolnton, North Carolina, as an “amazing” backdrop.

Mandy asked Christina if she could take some photos of Luke with one of the baby calves on the farm.

“It ended up being anything but the usual after I arrived,” Christina said.

The photos of turned out more adorable than anyone could have imagined! 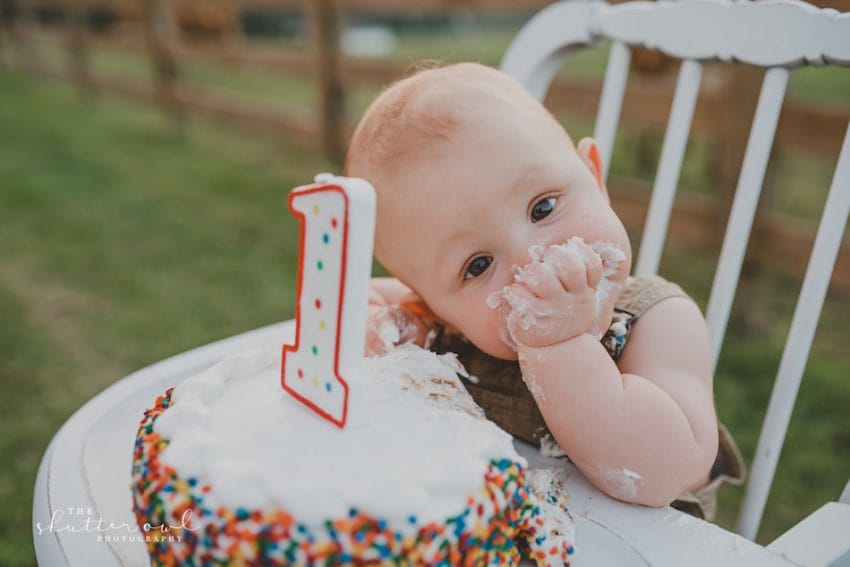 Christina Elmore showed up to photograph Luke Lewis for his first birthday and expected it to be just like any other photo shoot.

“This was going to be one of my usual first birthday milestone sessions,” Christina said. 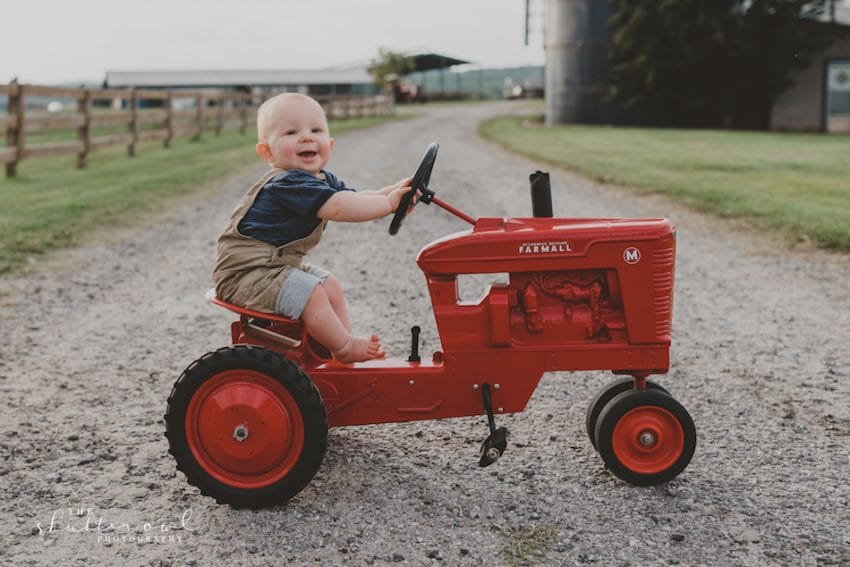 “The backdrop of the farm was amazing, and Luke is one of the sweetest babies I have ever met!” Christina said. 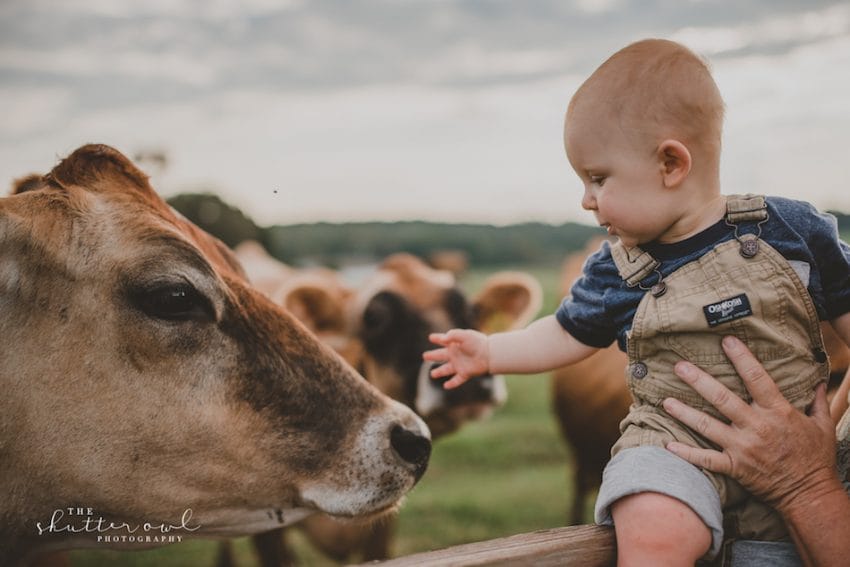 The farm is home to various animals, including cows and their baby calves but what Christina did not expect was Mandy’s request to photograph Luke with the baby calves. 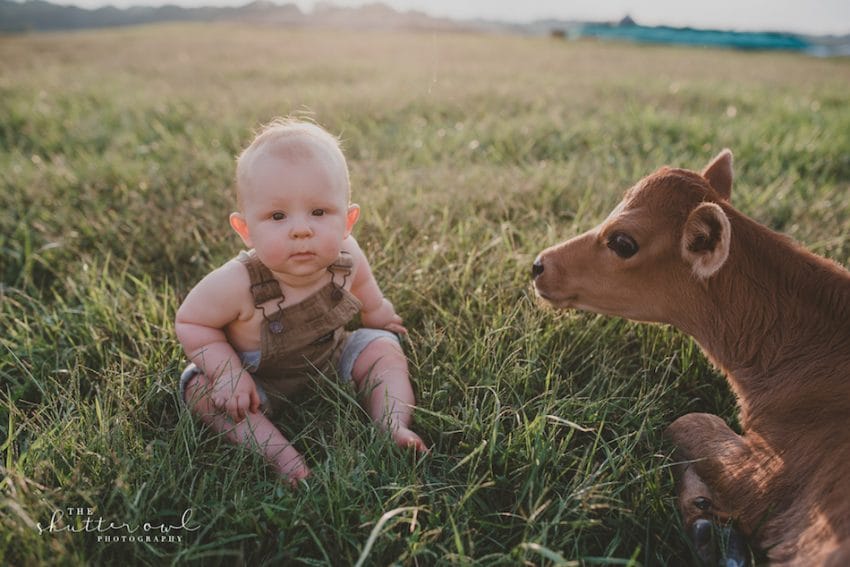 “It was unexpected, but Luke’s mom wanted to try to get some pictures of Luke with one of their calves,” Christina said. “When she asked me during the shoot, I was really excited at the idea, but there’s truly no way I could have expected the sweet moment that was going to unfold before our eyes that I had the opportunity to capture.” 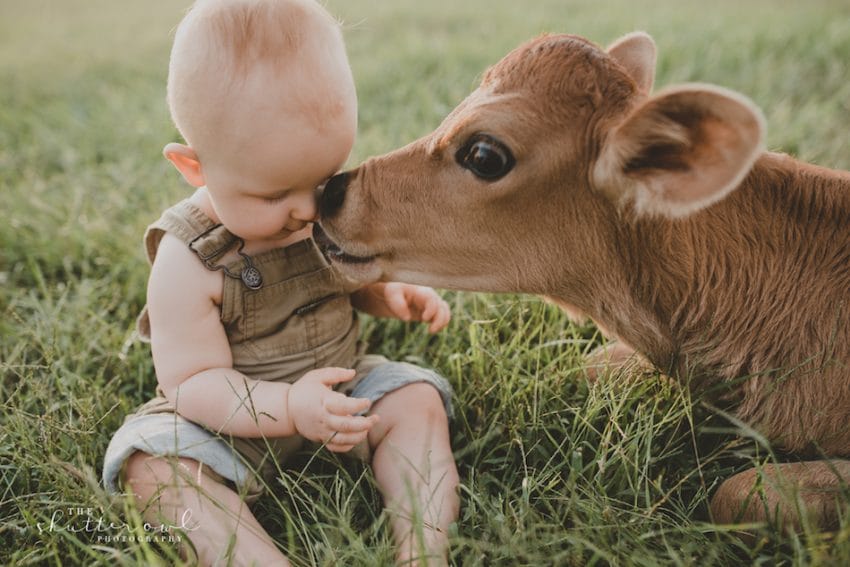 Trying to get the baby calf over to Luke was a struggle, but it all went smoothly once everyone was in place. 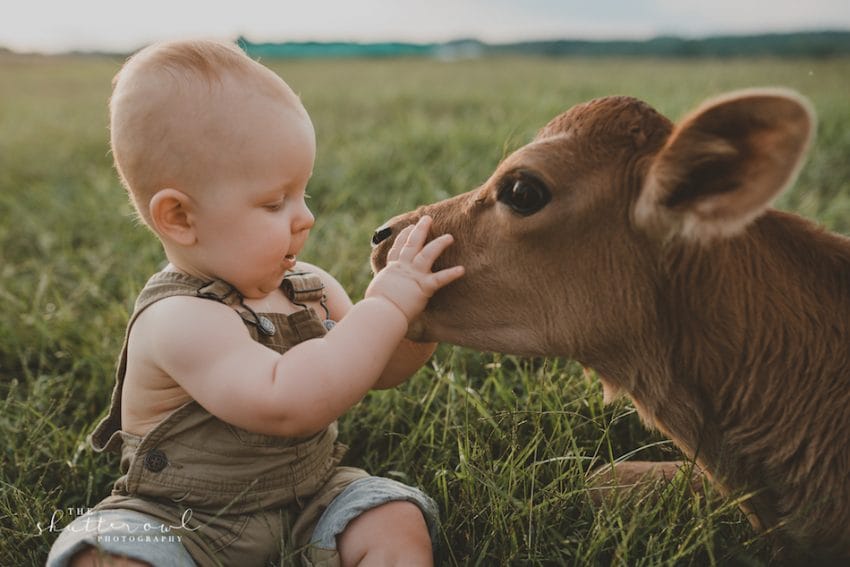 “Mandy’s sister, Danielle, trying to half-drag, half-carry this baby calf, whom she named Opal, out to the field for the shoot beforehand was pretty hilarious,” said Christina. “It was better than I could have visualized, as much as I wish I could take the credit.” 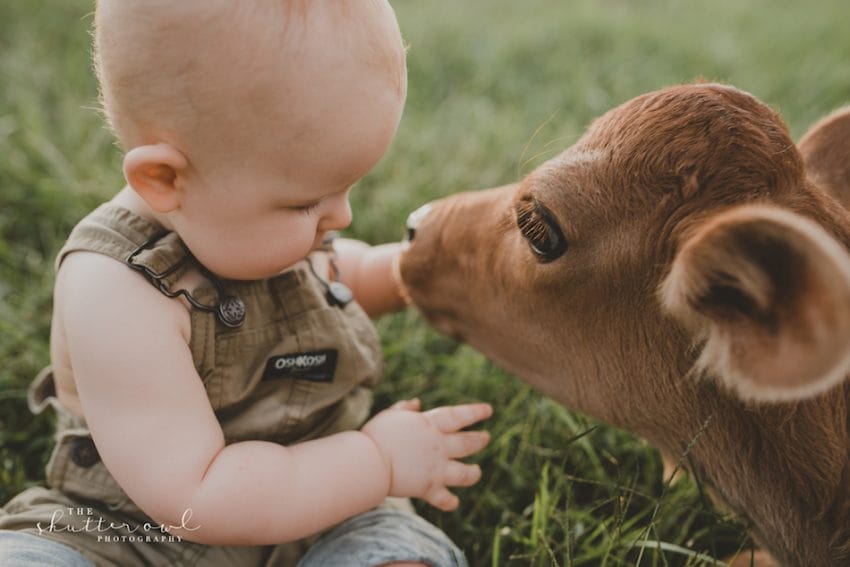 The photo shoot was anything but ordinary, it turned out to be a beautiful shoot that Luke’s family will remember forever. 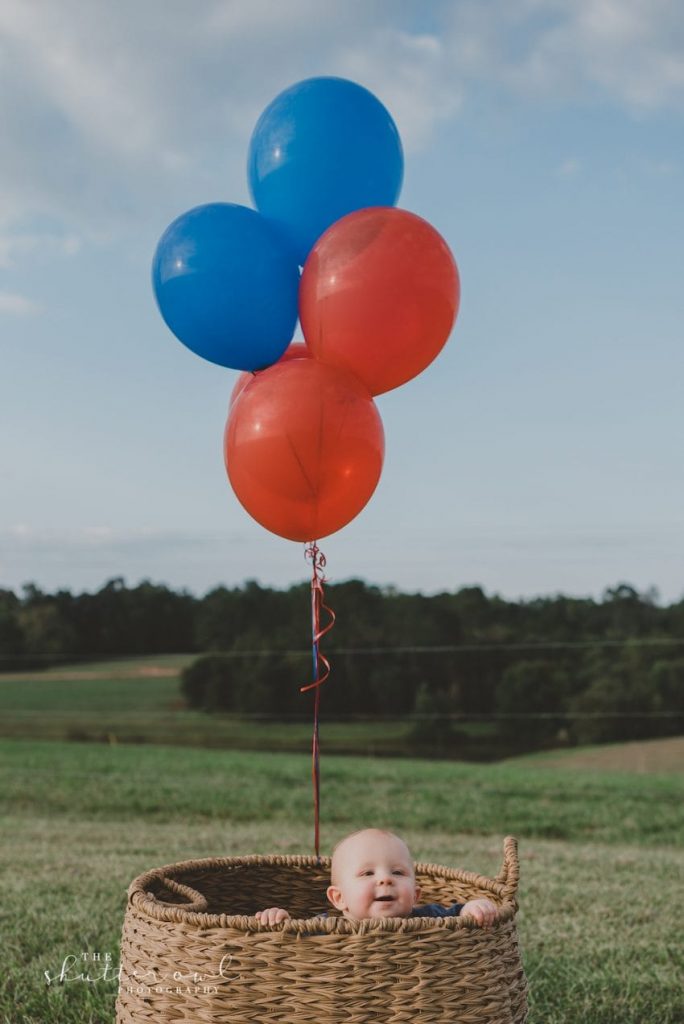