Officers in Israel received a phone call asking for our help in rescuing dogs that were trapped in a pit, 6 meters deep, and covered by a big rock, leaving a little peephole for the sun to shine through.

The officers were called after numerous other organization were unwilling to help.

Within a short while, they managed to arrange a small group of of workers and volunteers of the dog shelter, to go and help in rescuing the dogs.

Shortly after the firefighters arrived, the puppy and his brother were rescued along with their mother.

The dogs were extremely thin, under-fed, dehydrated and panting for water. Within the first few minutes of being rescued they were frightened and tried running back into the forest, but soon after, they stayed close to their rescuers.

Now, the dogs are in the dog shelter in Ein ayala – Israel. 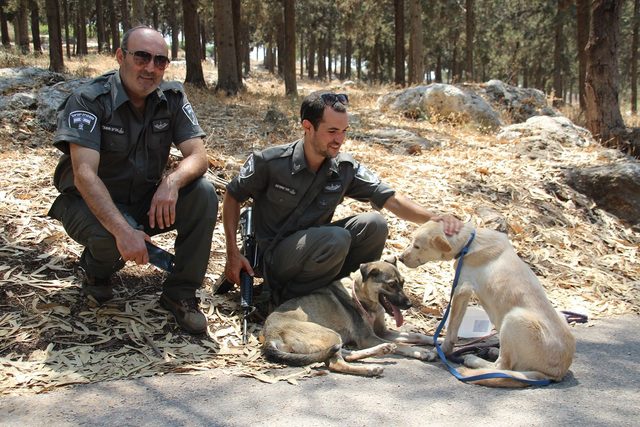