The Kildare Animal Foundation Wildlife Unit in Ireland is currently home to rescued babies, a rabbit, and a pigeon. They are finding so much comfort in each other. The rabbit was so young that his umbilical cord was still attached. His rescuers didn’t expect him to make it in his weak condition, and a seizure left him with an unsteady gait. Despite all of this, the rabbit continued to survive.

Then, rescuers at the foundation were alerted to a pressing situation. “We received a call from a lady who had found a pigeon’s nest on the ground,” Kildare wrote. “In it was a newly hatched chick and an unhatched egg. Sadly, the egg was cold and no longer viable, but the little chick appeared to be unharmed from the fall.”
The rescue took the young chick in. They were faced with a dilemma, however, both the baby pigeon and rabbit were in need of an incubator and there was the only one available at the time. It was decided that both babies could share the incubator once a divider was placed between them to keep them separated.

“Both babies fed and settled down down well,” the foundation wrote. “Imagine our foster carer’s surprise when she next checked them and discovered that the divide had been overcome and these two had decided that life together was better than life apart.””

The rabbit, appropriately named Bunny, and the pigeon, called Pidg, are still happily growing up together. Bunny has become more confident in his hopping abilities, while Pidg has grown much larger, with full-fledged feathers taking the place of downy fuzz.

Eventually, both animals will be released back into the wild, but for now, the two still get to enjoy the simple joys of their unlikely friendship. 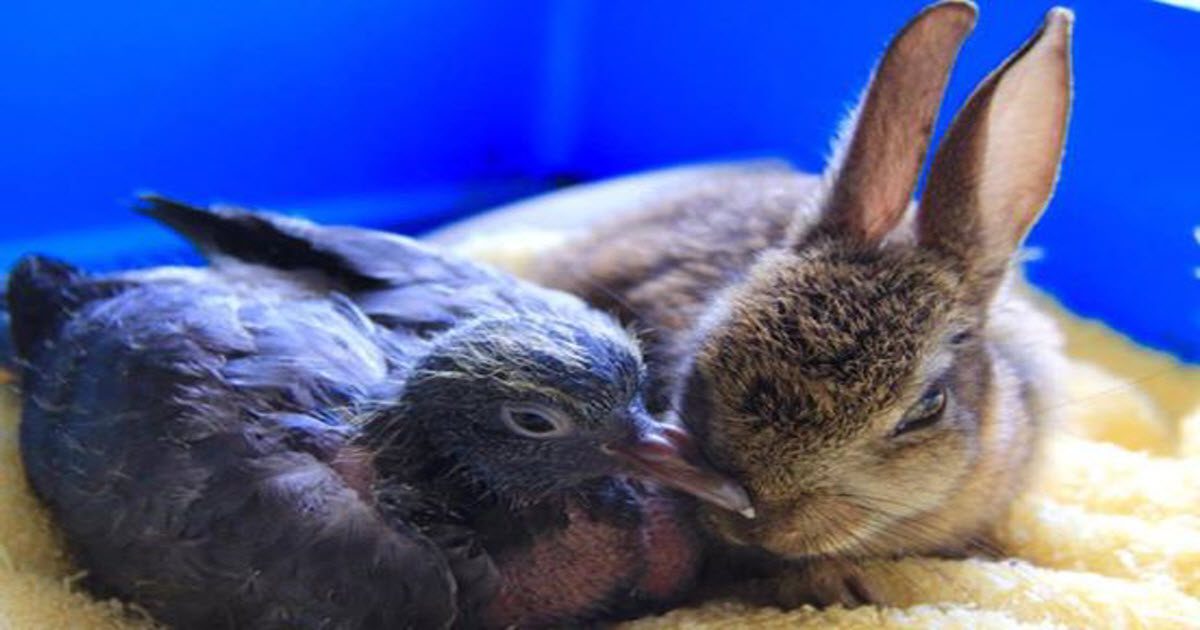