Wagner Figueiredo de Lima and his beloved horse, Sereno, were inseparable. Sadly though, Lima, 34, passed from injuries he suffered in a traffic accident near his home in Paraiba, Brazil.  It was a tragic loss for all who knew him, including the best friend he left behind. 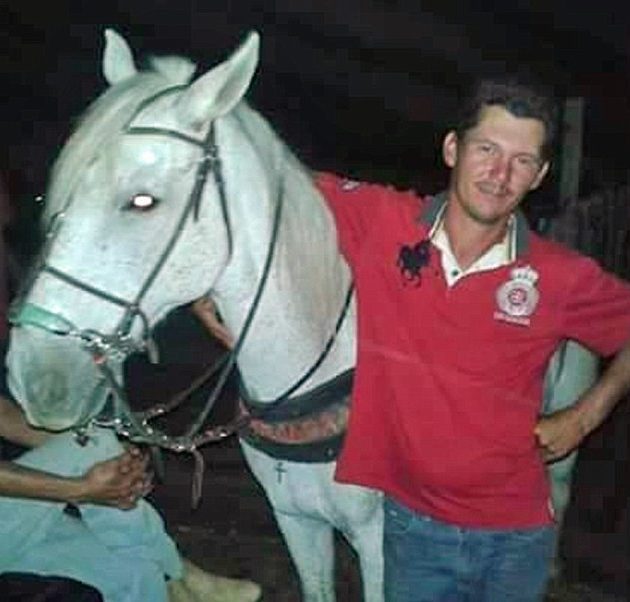 Family members and friends gathered for a funeral procession to honor Lima before he was to be laid to rest. Lima’s brother Wando knew how much Sereno loved him and he thought it only fitting that Sereno should be there, too.  But nobody expected what happened next. 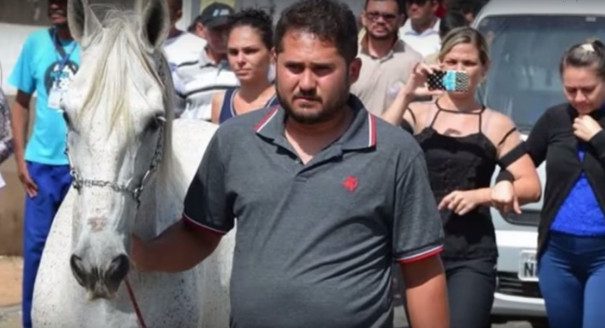 When the vehicle carrying Lima’s coffin arrived at the gathering, Sereno walked right over to it.

“[Sereno] began to walk around the coffin, smelling the coffin. Then he neighed,” attendee Kyioshi Abreu said. “It was a very strong emotion. Everyone who was there was moved. I cried myself when I saw that scene.” 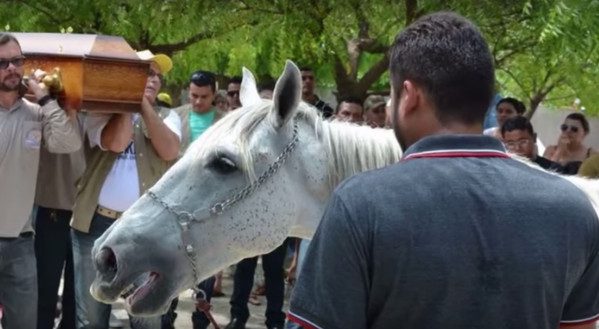 Sereno then stooped, and placed his head on the coffin.

“It was as if the horse knew what was happening and wanted to say goodbye,” Wando said. 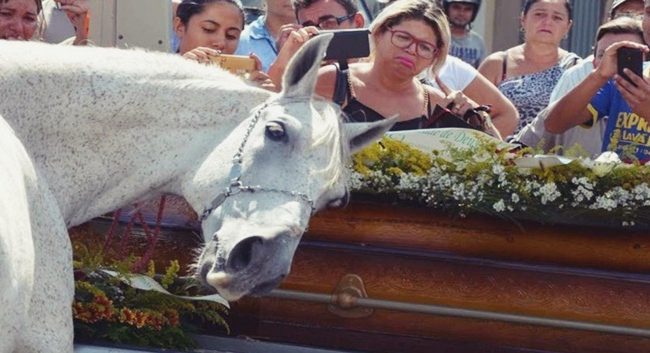 Wando has since taken in his late brother’s horse to join his own family, ensuring that Lima’s legacy of love for Sereno will live on in his new home for many years to come.