Home
dogs
Bruce The Dog, Proves It Is Never Too Late For A Second Chance

The pit bull walked into a CVS Pharmacy in Lilburn, GA on Thursday, March 6th. His ears were almost totally gone and he had an open wound across the back of his head. He was picked up by Gwinnett Animal Control, who took him in and documented his injuries. They named him Bruce. They also noted what a wonderfully sweet boy he was, and put out a plea to area rescues to take him in. 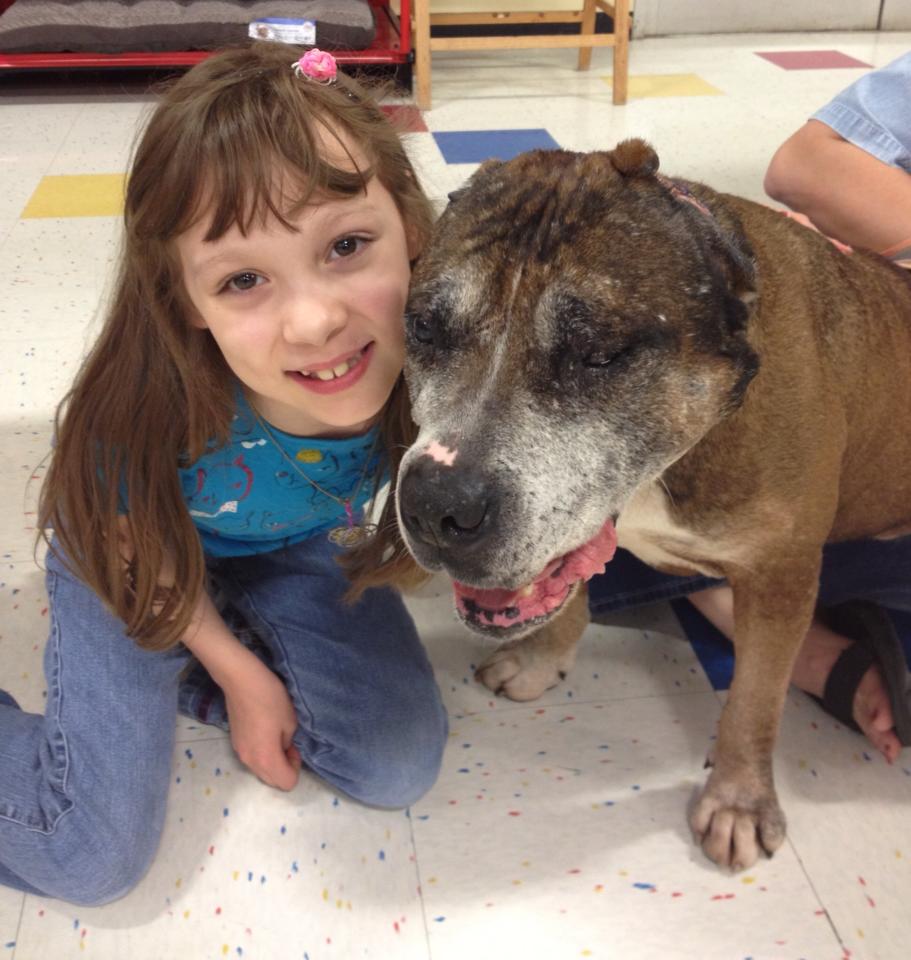 Chandler Riddett, a member of Society of Humane Friends of GA, was still reeling from the loss of her foster dog Catie. Catie, another cruelty case, had been found in a dumpster in Atlanta with no fewer than seven gunshot wounds. Upon evaluation at a specialist vet, her injuries were found to be insurmountable and she was euthanized to end her suffering. This had not been the outcome that anyone was hoping for, and in her memory, SOHFGA decided to take in Bruce.

On first sight, Bruce looks pretty rough. He is obviously a senior dog; one of his eyes is damaged and the other is covered in a cataract. His ears have been reduced to nubs of scar tissue, and his head is covered with a healing strip of bare skin. His teeth are worn. He walks slowly and has difficulty seeing and hearing. 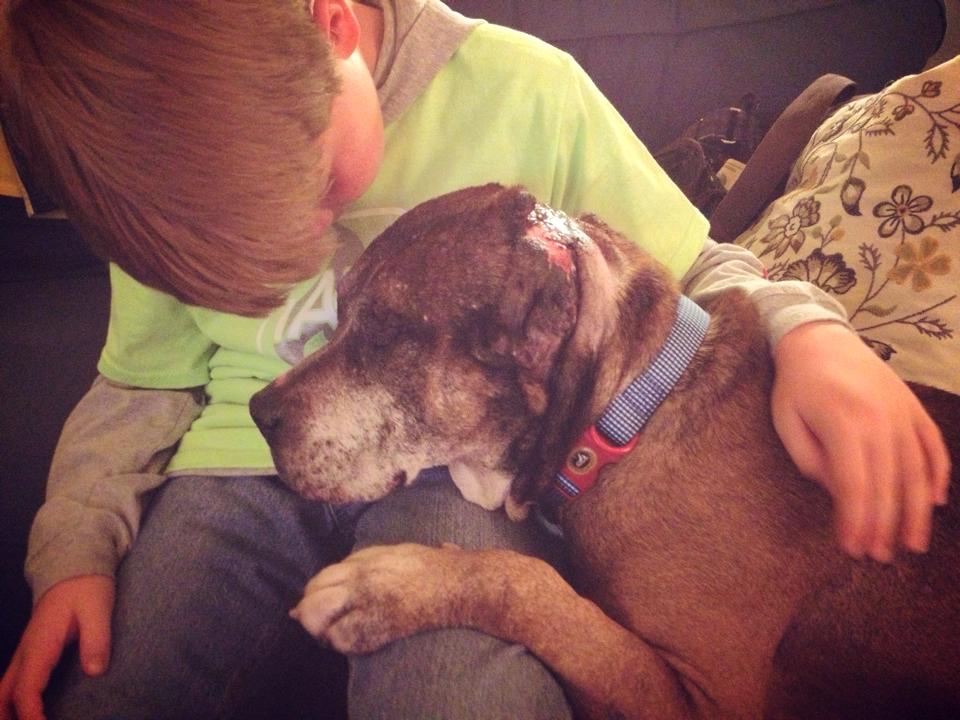 Once you meet Bruce, though, his personality shines through. He is gentle and kind, even with dogs that don’t like him so much. He adores people, especially children, and will give out kisses at every opportunity. His preferred place is in your lap, though a dog bed will do in a pinch. Even the non pit bull fans in the group (which were just a few) fell in love with this sweet old man.

Bruce does suffer from separation anxiety – now that he has people who love him and give him scratches and treats, he wants to be with them at all costs, even if it means chewing through a crate or a door. As a result, he has joined the Jail Dog unit at the Gwinnett County Detention Center as part of the Operation Second Chance – Jail Dogs Program and is doing great there! He will be with his inmate handlers 24 hours a day, seven days a week. Trainers will assist the handlers in helping Bruce overcome his anxiety, so he can safely be placed in a forever home. As soon as he is comfortable being alone for short periods, he will be available for adoption – and whoever gets the opportunity to take Bruce home will truly be getting a gem of a dog.

We at SOHFGA are so honored to be able to meet, help, and love Bruce. He is a wonderful example of the resilience and good nature of the stubby dog. 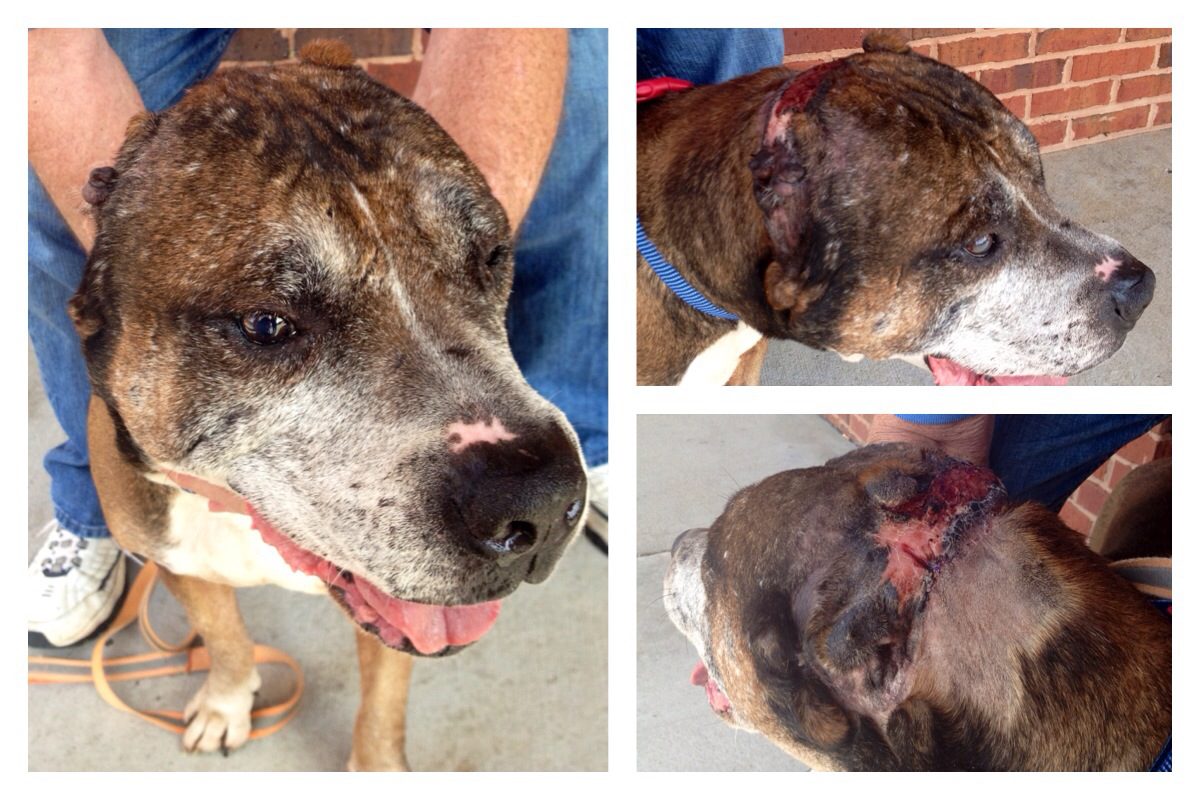