Every animal that is rescued, is given a new lease on life! Adopting an animal is a humbling experience, and often a life-long bond is developed. That is what happened with the adorable puppy in this story named Piglet.

Piglet was dealt a rough start in life. Breeding complications from his previous owners rendered Piglet being born blind and deaf. Piglet’s previous owners were hoarders and did not provide the best living conditions for him.

Piglet was luckily found by animal rescuers and taken to a shelter to receive the best care possible. 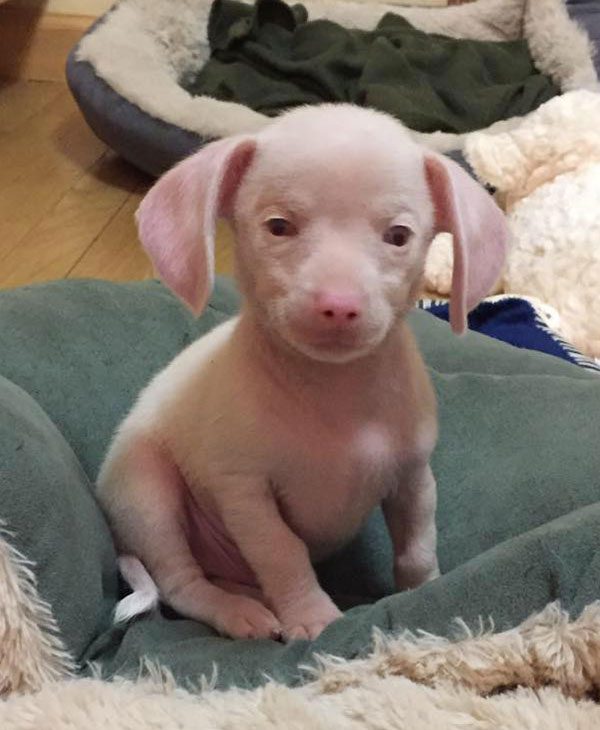 When Piglet arrived at the shelter, he weighed less than 2 pounds. Rescue workers started him on a healthy diet and treated him right away to get him on track for his new life.

Piglet received his unique name because he is literally pink. Piglet inherited this unique color because of the complications in his breeding. 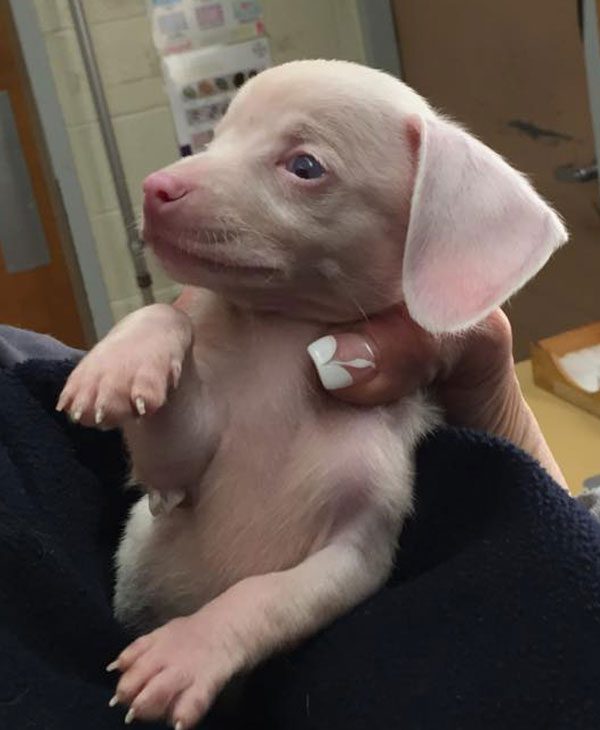 Piglet suffered from anxiety because he was not able to see or hear. Eventually, Piglet started to learn how to cope with his disability.

Piglet had trouble getting around and had to learn how to because of his disabilities. He also had to learn to trust Piglet soon learned that the people around him were there to help him. 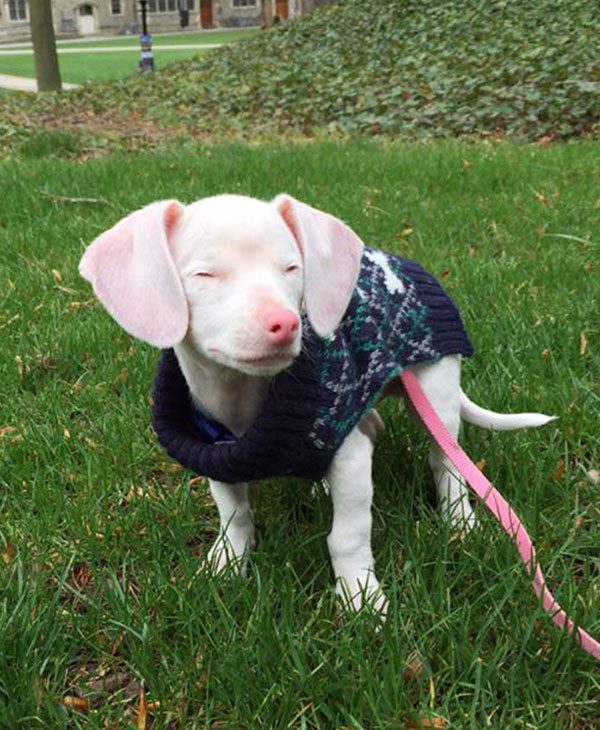 Piglet was eventually taken in by an amazing foster family that was so excited about welcoming him into their home. The family knew Piglet needed special care and love, and they were more than happy to give him every minute of every day. The best part is that Piglet inherited four doggie siblings as well. Piglet was so excited about his new life. 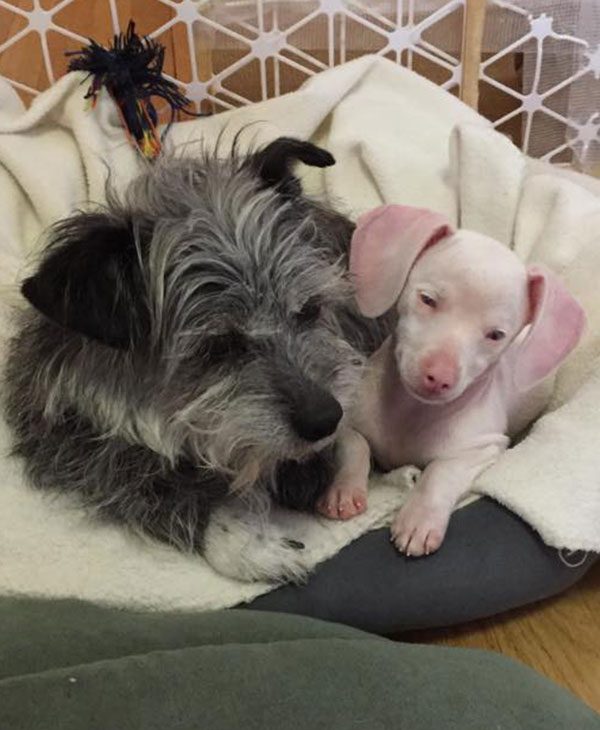 Piglet’s new family noticed a fantastic change in him over the next few months. His feisty personality began to shine through in everything he did. Piglet behaved like any of the other family dogs as if he had forgotten that he was blind and deaf.